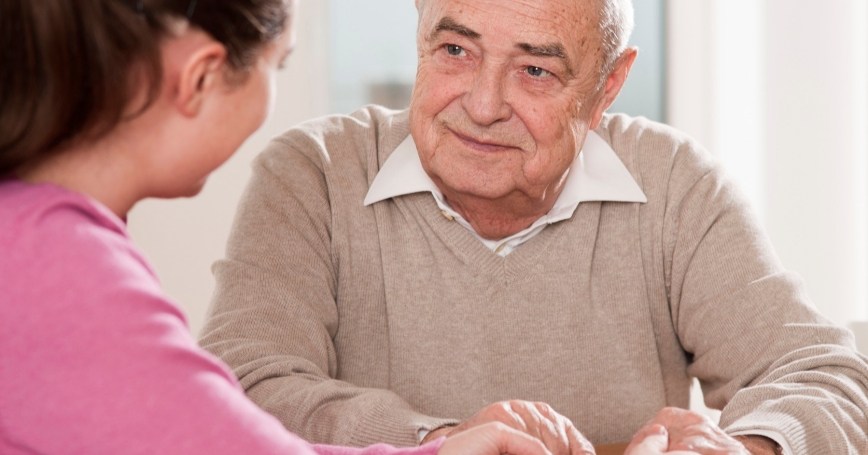 Dementia, a chronic disease characterized by significant impairment of cognitive functioning, afflicts 15 of every 100 Americans over age 70 — and it is their caregivers who are perhaps most familiar with the disease's effects.

Family members are often the ones who find themselves navigating the complex system of nursing homes, in-home health care, and health insurance (Medicare, Medicaid, and private insurance), all while dealing with heartbreaking changes in the physical and mental functioning of their spouses, siblings, parents or grandparents. Indeed, my own family is struggling to sort through an overwhelming number of options and decisions to help ensure that my 86-year old grandmother receives the best available care now that she is unable to live without daily assistance.

For many families, a significant barrier to that best available care is cost: Caring for someone with dementia is extremely expensive. A recent RAND study, the results of which were published in the New England Journal of Medicine, offers some of the most comprehensive and credible estimates to date of the monetary costs of dementia in the United States. These costs include both out-of-pocket spending and spending by Medicare, Medicaid, and other third parties on nursing home and hospital stays, medical visits, outpatient surgery, home health care, special services (such as outpatient rehabilitation), prescription drugs, dental services, and other needs.

Estimating the total cost of dementia is challenging for two reasons. First, because they tend to be older, poorer, and less educated than their peers, elders with dementia are among the highest-cost patients. They are more likely to have co-existing or (often) pre-existing conditions, like stroke or depression, that have their own costs.

Second, the vast majority of in-home assistance is provided informally (that is, at no charge) by family members or friends. But these hours of care represent a substantial sacrifice that should be included in cost calculations.

This informal caregiving represents a cost to society in the form of lost productivity and income, particularly for caregivers who withdraw from the formal labor market. For the RAND study, we took two approaches to estimating the value of informal care.

We used a “replacement cost” approach, identifying the cost of the equivalent service when provided through a home health agency to determine the value of one hour of informal care. However, such an approach can overstate the value of informal care because it does not take quality into account, including differences between professional and nonprofessional home health care.

We estimated the caregivers' “forgone wages” — what they would have earned if they had spent their time working in the labor market rather than caring for someone with dementia. We scaled down this measure to account for average labor-market participation rates for similar individuals who were not caring for someone with dementia because some caregivers (such as a retired spouse) would not work even if they were not providing informal care. It is important to note that this approach does not measure other uses of time, such as lost leisure, that would undoubtedly be valuable to caregivers.

The study estimated that the average cost of dementia to society is staggering — between $41,689 and $56,290 per patient per year. The span of these estimates reflects the differences between the methods used to determine the value of informal care. But regardless of the method used, it is clear that a significant portion of this cost — between 31 percent and 49 percent — is driven by the value of the time donated by family members and friends.

At the rate that the U.S. population is aging, the total cost of dementia could reach half a trillion dollars a year by 2040. Those who care for impaired relatives and friends are acutely aware of the effects of dementia, and unfortunately they are all too familiar with its costs.

Kathleen J. Mullen, PhD, is an alumna of the Robert Wood Johnson Foundation Scholars in Health Policy Research program, and an economist and director of the RAND Center for Disability Research at the nonprofit, nonpartisan RAND Corporation.

This commentary originally appeared on the RWJF's Human Capital Blog on April 29, 2013. Commentary gives RAND researchers a platform to convey insights based on their professional expertise and often on their peer-reviewed research and analysis.