Give Poor Kids a Chance with Early Education 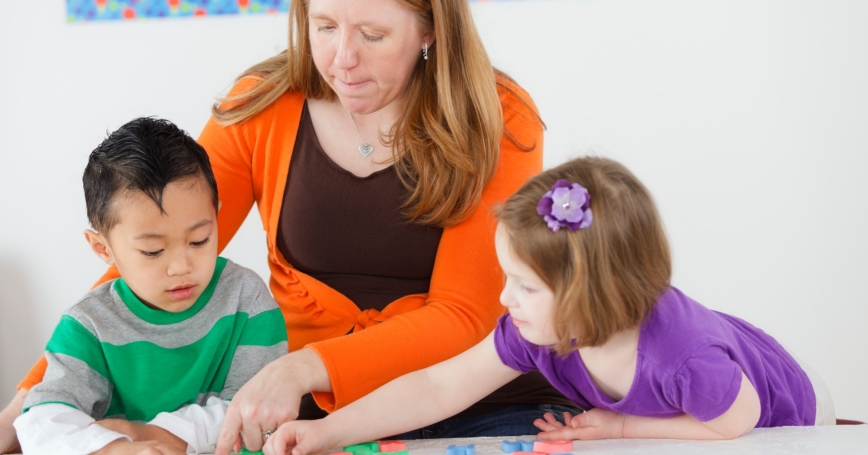 President Obama should stay strong on his universal preschool initiative. This is about giving low-income children a good start.

In his state of the union address this year, President Obama proposed “working with states to make high-quality preschool available to every single child in America”. It was one of the more unexpected pitches, and it immediately became politicized. Advocates were buoyed by the president's support for early childhood education. Detractors claimed that he was pushing “Head Start for all,” a reference to the federally funded preschool program for children in poverty.

Let's not forget that allocating public dollars to early education has a history of bipartisan support. Both solidly red states (such as Georgia and Oklahoma) and swing or blue states (such as Florida and Illinois) have established or are moving toward universal preschool for four-year-olds. Enthusiasm for public investment in preschool is backed by a solid body of rigorous research showing that children who participate in high-quality early learning programs are better prepared for kindergarten and subsequently perform better in school, as measured by achievement test scores and other educational outcomes, such as special education use, grade repetition, and high school completion.

Most of the debate since Obama spoke has centered on whether universal preschool would be beneficial or a waste of public-sector resources. But this obscures some important details of the president's plan, namely expanding preschool access specifically for low- to moderate-income children, ensuring that programs deliver high-quality early education, and coordinating federal efforts with state initiatives.

Despite this solid evidence base, the current US system is characterized by a “preschool access gap”. In 2010, about 90% of four-year-olds in families ranked in the top 20% by family income attended a center-based care or early learning program. Only 64% of those in the bottom 40% of families did the same. There is a similar differential in participation rates when children are compared based on parental education.

In effect, children from higher-income families already have universal preschool, largely because their parents can afford the cost of private programs. In contrast, while low- and moderate-income families may qualify for subsidized early learning programs, such as Head Start or state-funded preschool, most communities do not have sufficient funding to cover all eligible children. When we examined data from California prior to the Great Recession, we found that state- and federal-funded programs served only about half of eligible four-year-olds. And that is to say nothing of the fact that many middle-income families make too much to be eligible for subsidized options but not enough to afford costly private programs.

There is also a need to boost the quality of existing programs. Recent research examining multiple states has shown that many center- and home-based programs may meet licensing requirements, but they do not always provide a stimulating learning environment led by educators with the required skills and competencies. Oklahoma's effective state-funded preschool program, for example, requires a lead teacher in each classroom to have a bachelor's degree, and teachers receive ongoing professional development opportunities. A rigorous evaluation of the program further contributes to continuous quality improvement.

Giving all children an opportunity to attend a high-quality early learning program, as President Obama has pledged, does not necessarily require making preschool available for free to all children, though that has been done in a few states and localities. Instead, expanded funding at the federal, state, or local level can be directed first toward making universal high-quality preschool possible for low- to middle-income children through fully or partially subsidized programs. This is what we should hope for as the president unveils his latest budget plan.

Federal and state initiatives to advance preschool program quality will further ensure that these investments in early learning programs will achieve their full promise and promote healthy child development — physically, socially, emotionally, and academically. Moreover, there is a role for the federal government in providing resources to leverage state and local initiatives designed to meet the particular needs of families and children in their jurisdictions. Federal dollars can also incentivize evaluation efforts to ensure that taxpayers and policymakers can monitor what works and direct resources to proven models.

Lynn A. Karoly is a senior economist at the non-profit, non-partisan RAND Corporation. She also serves as an associate editor for the Journal of Benefit-Cost Analysis and recently completed research on preschool education in California.

This commentary originally appeared on The Guardian on April 9, 2013. Commentary gives RAND researchers a platform to convey insights based on their professional expertise and often on their peer-reviewed research and analysis.