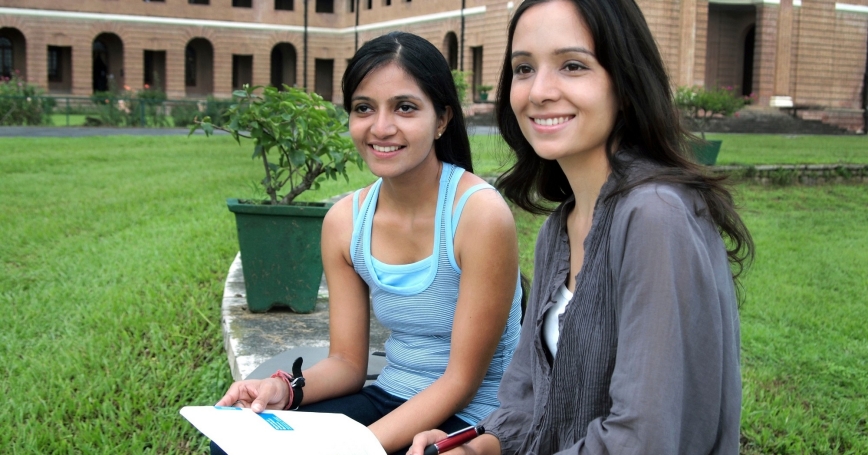 Indian higher education is in a major crisis—or, in fact, many crises. Over the last decade, there has been a large expansion of private providers, who now take care of about 60 per cent of the total provision. This has unbalanced higher education, by making the profile of graduating students overly focussed on technical fields like management and engineering.

Also, the private institutions rely entirely on tuition fees. These institutions charge students about Rs 60-70,000 per annum, which amounts to an annual fee income of about Rs 7 crore (assuming that the institution has an average of about 1,000 students). About 60 per cent of this income goes in salaries, and after meeting other expenses, they save about 10-15 percent. That is about Rs 70 lakh a year, which is not enough to fund any significant improvement in teaching or research standards. This surplus is therefore reinvested in expansion with very limited teaching quality and no research focus at all. This results in a crisis for private providers: they are constantly struggling to expand to meet the expectations of students, but aren't able to meet them because they cannot afford to recruit good quality faculty which, in turn, comes in only where there is enough emphasis on high quality faculty development, covering both teaching and research.

The situation changes when the institutional size expands to enable economies of scale. To expand properly, one needs to operate on a larger scale with 5,000 or 10,000 students. This allows the institutions to generate adequate surplus to invest in high-quality teaching and research. Such scale also allows the institution to offer a broad-based curriculum covering multiple disciplines, which is needed to attract both good students and faculty. To reach the proper scale, the only option is for large deficit funding for several years, something which is not possible for private providers.

The problem in public provision is equally stark: the government does not spend enough. For instance, the best funded institutions in India are the IITs, which spend about $8,000 (Rs 4 lakh) per student per year. That's insufficient to build quality. Quality requires lab facilities and the sponsorship of a large doctoral student group. To provide a comparison, after taking purchasing power into account, the best Chinese universities, Beijing and Tsinghua, spend over $50,000 per student per year and MIT spends $216,000!

So, top level Indian institutions need to spend over six times of what they spend now and there is no way they can do it through tuition fees alone. Only the government can take a long-term view that education is a public good and that there is a need to invest in this.

The other part of the crisis that is not talked about is that the private sector was able to do well earlier because the economy was growing very fast. But now, with the slow economic growth rate, the affordability of students has peaked. Initially, when the big expansion took place, the wealthier students entered the system. In India, private institutions have mostly come in and occupied the lower niche of providing an affordable education to groups that can pay for it. But if the enrollment growth needs to continue, poorer students need to be targeted and the fees must be even lower. This in turn means that the quality of service provision would also be lower. Thus, if the expansion relies on the private sector, it may not last beyond another year and the current education model will fail.

India's higher-ed woes similar to problems of other BRIC nations

India's problems are not very different if you compare it to other BRIC Nations (Brazil, Russia and China). They are all beset with issues of quality, access and expansion, except for Russia. Russia has high income and near zero population growth, so it doesn't need to expand and it already has very good teachers.

Brazil, China and India have similar growth rates and affordability issues. The Chinese have laid emphasis on public education and put huge amounts of resources into creating excellent schools. They have also left the task of delivering the average education to the states, just like India has. The quality of the institutions beyond the top tier is not very good in China because, just like India, they have not pumped in enough funding there. It must be said, though, that their top tier institutions are much better than the top tier of India. Brazil has recognised that the private sector can be brought into partnership, provided there is a way of benchmarking the quality. They have devised ways for students to determine the quality of schools by investing in data availability and metrics. By contrast, India has no way of assessing the quality of its schools.

One way to address the shortage of funds is for leaders of institutions to work at a model where funding responsibility rests upon the deans of various departments. Every dean has to be able to raise some money. It may be that the Dean of Humanities cannot raise as many funds as the Dean of Engineering. In such a case, the Dean of Engineering has to be ready to cross-subsidise the Humanities and understand that it needs to be done in order to be aligned to the long-term vision of the institution. Each dean can then direct the faculty about the strategies for delivering the goods and give them adequate support. For example, the IITs have been moving towards a more humanities profile, but are still seen as serving the greater cause of engineering. That must change. They have been heavily supported by the government, so they need to deliver a good undergraduate education and encourage broader, multidisciplinary thinking.

Getting foreign universities to come here not a good strategy

Getting foreign universities to come to India may not be a good strategy. Foreign institutions which come here will not be able to have the same range of courses as they do in the home country, as the costs of setting up these programmes would be really high. Indian students who want to study at a particular foreign institution would rather spend $35,000 for their tuition overseas than spend the same amount here for a narrower course offering.

If these foreign institutions lower their fees it would not work out for them without a good subsidy. This model has not worked well even in other countries, despite huge subsidies to keep their fees low. In Qatar, for example, the majority of the students are women who can't get visas to go overseas and so these universities have become women's universities.

Private philanthropy could be the way to go

This commentary originally appeared on EduTech Magazine on April 11, 2013. Commentary gives RAND researchers a platform to convey insights based on their professional expertise and often on their peer-reviewed research and analysis.