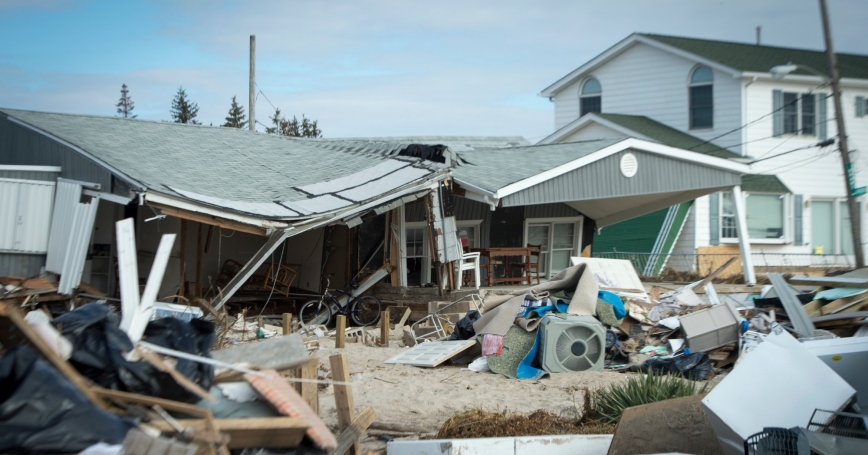 More superstorms and drier droughts are consistent with the expected impacts of climate change, so that such impacts may become more common over time. Difficult-to-predict, ever changing conditions may become our new normal.

The question is: How do we respond, in our homes and in our communities, to climate change challenges amid such uncertainty?

On the eve of Earth Day, we suggest the path to climate change preparedness should start at the intersection of resilience and robustness — that is, building resilient communities with the individuals and organizations within those communities making robust decisions, ones designed to work well over a wide range of ever-changing conditions.

Our research shows that preparedness is a key component of “resilient communities.” But it takes more than individual household planning to attain this state of shared readiness. It takes a community approach and a resilience mindset built on understanding that disasters can strike at any time, sometimes growing from the perfect confluence of a series of smaller events, such as those accelerated by changes in climate.

Recent disasters confirm the importance of this mindset. Whether Hurricane Katrina or Superstorm Sandy, those communities that knew how to band together and build resilience by strengthening relationships among neighbors, government response agencies and community-based organizations were better equipped to respond and recover. It was not that communities had plans for every possible disaster effect; rather, resilient communities had an ability to marshal resources and leverage assets across organizations regardless of the risks and disaster impact.

Historically, emergency preparedness has focused on “predict-then-act” models where we can predict what will happen and focus decisions accordingly. But the development of a more “whole-of-community” approach will benefit from a new way of planning and decision making to protect people and infrastructure through all types of changes.

As an alternative to “predict-then-act,” robust decision making is a framework that inverts the traditional analytical steps in decision making and starts with many alternative views of the future. Developed over the last decade by RAND researchers, robust decision making can involve running models on dozens, hundreds, or even thousands, of sets of assumptions to help decision-makers see how their plans will perform over a range of potential future conditions. This can lead to the formation of strategies that are robust — those that perform well over the widest range of possible outcomes.

In Louisiana, for example, an approach emphasizing robustness over scenarios helped the state develop its new Master Plan for a Sustainable Coast, which allocates resources to a variety of measures from building levees to raising houses to restoring marshes. The plan calls for these components to work together to reduce flood risk and prevent coastal land loss over a range of future scenarios, while at the same time complementing efforts at community resilience.

Robust decision making is broadly applicable. In recent work for the World Bank, it was used in Ho Chi Minh City — another low-lying metropolis seriously threatened by climate change — to consider an integrated flood risk management strategy that would be robust against a wide range of extreme rainfall and sea-level-rise scenarios.

People often think of their climate as stable — reasoning, for instance, that future storms in their region will be similar to those of the past. But extreme weather events have been increasing. This is consistent with what one would expect from a warmer world, which has more energy and water in its atmosphere. Thus there are strong reasons to believe that if the world keeps warming, the present and future climate will be increasingly different from what it was in the past, and accordingly harder to predict.

Being prepared will require a combination of resilience in the systems we create, interconnectedness in those systems, and robustness in the decisions made by entities within those systems. Resilience and robustness both require people and institutions to think differently and to take a more systemic view of the challenges posed by climate change generally, and severe weather specifically.

Individuals should reexamine how they prepare for weather emergencies. Community planners should rethink the way they reach critical decisions for the future. And, hopefully, climate won't be the only thing that's changing.

Robert Lempert is director of the Pardee Center at the nonprofit, nonpartisan RAND Corporation, a member of the National Academy of Science's America's Climate Choices study, and a lead author of the Nobel Prize-winning UN Intergovernmental Panel on Climate Change. Anita Chandra is a senior policy researcher at RAND.