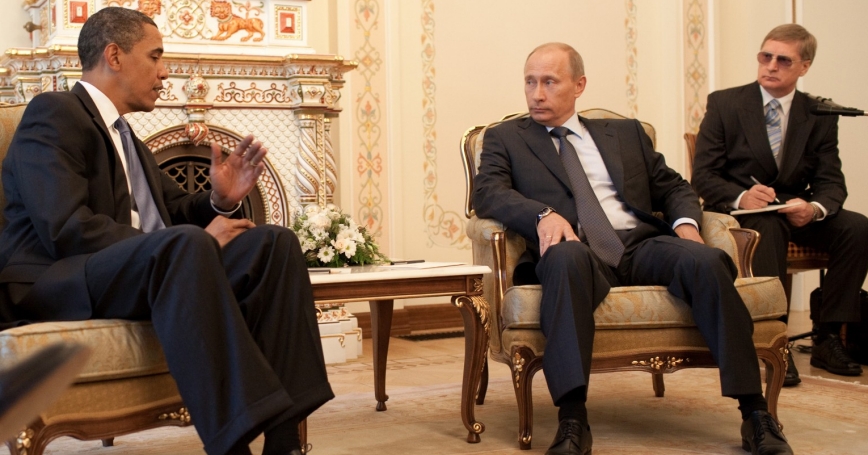 Amid the frenzy of speculation about the Chechen roots of the Boston Marathon bombing suspects, I was reminded of a meeting Sandy Berger, Bill Clinton's national security adviser, and I had with Vladimir Putin two years before 9/11 in New Zealand.

Putin's chief of staff, Igor Sechin, and I were milling around waiting for the meeting to start. My pager buzzed with a message from the White House Situation Room about a bombing at an apartment building in suburban Moscow that had killed more than 100 people. I relayed the shocking news to Sechin and expressed my condolences. He ran off to find Putin, who was then Russia's prime minister. The four of us sat down about 20 minutes later. Berger's first comment was to stress the emerging threat al Qaeda and similar groups posed both to the United States and Russia. The U.S., Berger continued, was open to doing everything possible with the Russians to target Osama bin Laden and his network. Putin said he was game.

Intervening events made it hard to follow up. Blaming Chechen rebels for the bombings, Russian troops invaded Chechnya just days later, and U.S.-Russian relations quickly went downhill. Western governments condemned Moscow's scorched-earth tactics and human rights abuses but had little or no leverage over its behavior. Shortly after the Auckland meeting Putin famously declared, “We will pursue the terrorists everywhere. Forgive me, but if we find them in the toilet, we will rub them out in the outhouse.” Putin's take-no-prisoners attitude helped propel him into the Kremlin by year's end. (Unanswered questions and conspiracy theories about the apartment bombings persist to this day.)

Without much success, the Russian government tried to justify its actions in Chechnya as part of a crackdown on global terrorism. I recall participating in one particularly dismal meeting during this period between Secretary of State Madeleine Albright and the director of the Russian Federal Security Service (FSB), Nikolai Patrushev, who presented a dossier of “evidence” outlining the connections between the Chechen rebels and international terrorist groups. Then as now, most outsiders were inclined to portray the Chechen conflict as part of a grudge match between Moscow and a restive and largely Muslim region in the North Caucasus that stretched back to the 19th century.

Still, as is sometimes the case in such situations, there actually was a grain of truth underlying the Russian allegations....

Andrew Weiss is director of the RAND Center for Russia and Eurasia at the nonprofit, nonpartisan RAND Corporation.

This commentary originally appeared on The Daily Beast on April 21, 2013. Commentary gives RAND researchers a platform to convey insights based on their professional expertise and often on their peer-reviewed research and analysis.