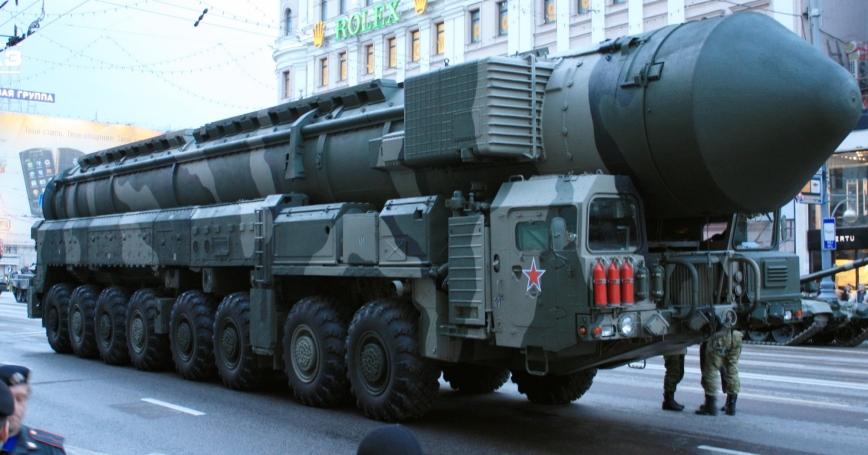 The Pentagon reportedly has secret plans to secure Pakistan's nuclear weapons against terrorists, a jihadist coup, or civil war. It also has conducted war games to explore how it might try to secure North Korea's nuclear arsenal in case of a coup or collapse of the regime.

Either of these missions would be a daunting military task, requiring a large-scale military commitment. More dangerous, though, would be a mission to contain nuclear weapons in a case where an army divides against itself, creating a chaotic and unpredictable strategic landscape.

History suggests that armies guarding nuclear arsenals do not abandon their posts during political upheavals. In China, the Soviet Union and Pakistan, military unity was preserved, the chain of command survived, soldiers followed orders.

But when armies divide, this might not be true. The difference between disarmament and disaster could well rely on the loyalty of those who have, or can gain, custody of nuclear weapons.

Precedents are few, but we have one real-life case.

In 1961, France was testing nuclear weapons at its Sahara test site in southern Algeria, an unusual situation to begin with, since French forces were at the same time engaged in a bloody war against Algerian nationalist guerrillas. The first three nuclear tests went well, but the final preparations for the fourth test coincided with a rebellion by commanders of the French forces in Algeria who feared that French President de Gaulle was about to betray their cause and agree to an independent Algeria.

At the outset of the uprising, the leader of the revolt called the general commanding the test site, telling him: “Do not detonate the small bomb. Keep it for us. It may be useful.” Fortunately, the rebels never followed up on the call and made no attempt to actually seize the weapon.

While the rebellious generals struggled to consolidate their control in Algeria, Paris pushed for the test to be conducted. And it was, although with disappointing results, leading some to suggest that the test had been deliberately scuttled to ensure that the rebels could not get their hands on the device.

Constantin Melnik, who was at RAND in the 1950s, returned to Paris in 1959 to become the Coordinator for Intelligence in the office of France's prime minister. He describes a chaotic situation:

“There appeared to be virtually no government in Paris....The army [in Algeria] was in revolt...(and) 'dangerous' officers commanded French units in Germany and France....[President de Gaulle's supporters] concluded that the rebels were preparing to advance on Paris...(and) they accused the heads of the security services of being traitors....Old rusting Sherman tanks protected government buildings—they had no ammunition....A plane was ordered to be ready to bring de Gaulle to London if the rebels attacked....The minister of defense ordered arms to be distributed to civilian 'volunteers'….One member of de Gaulle's cabinet thought the only solution was to bomb Algeria.”

In 1961, the French army's revolt was viewed as an internal matter for France. A similar event today would be very different, but the French case foreshadowed many of the issues that would arise should upheaval grip a modern-day nuclear state.

Every situation is unique, highly dependent on personal relationships beyond the ken of outside observers. There is great uncertainty about individual loyalties, which, in such circumstances, are fluid. A nuclear weapon may be of little use as a military weapon, but could have tremendous psychological value. The ability of outside actors to understand developments, let alone influence them, is likely to be very limited.

With an army divided, any type of foreign intervention would be complex and fraught with extraordinary risk—success would be a long shot. But the loss of a nuclear weapon or fissile material would change the world.

Brian Michael Jenkins is senior adviser to the president of the RAND Corporation and author of the new eBook, When Armies Divide: The Security of Nuclear Arsenals during Revolts, Coups, and Civil Wars.

This commentary originally appeared on The RAND Blog and GlobalSecurity.org on April 12, 2013. Commentary gives RAND researchers a platform to convey insights based on their professional expertise and often on their peer-reviewed research and analysis.