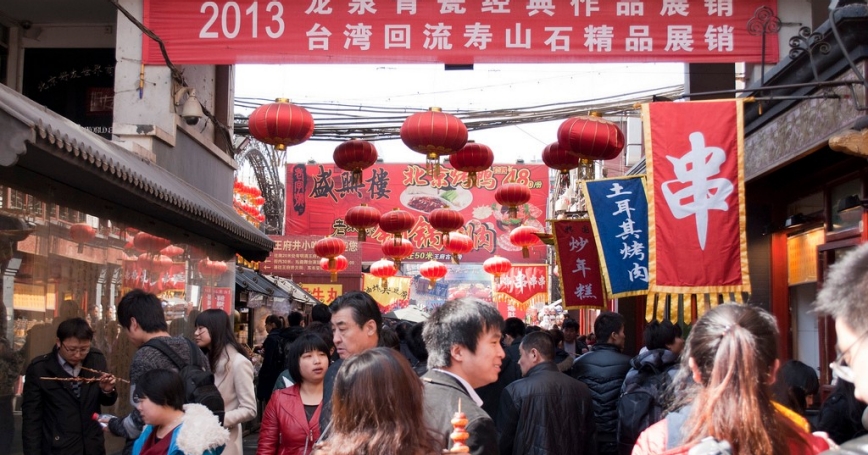 Ronald Coase ranks among the world's most influential economists, yet he rarely appears in the media spotlight. That's because he channels his influence through other economists, while maintaining a prudent distance from the glare of quotidian policy disputes. Mr. Coase, who received the Nobel Prize for economics in 1991, has originated some of the most important economic ideas of recent years. These include the eponymous Coase Theorem, which states that strong, precisely defined property rights can reduce the social costs of private transactions. He has also pioneered the law-and-economics field, using economic insights to illuminate legal problems. He's 102, yet his intellectual output remains dazzling.

In “How China Became Capitalist,” Mr. Coase and Ning Wang, an assistant professor of global studies at Arizona State University, offer a “historical narrative of the chain of actions” that brought about China's remarkable transformation from a deeply impoverished socialist country to the world's second-largest economy.

Yet to describe the book simply as “historical narrative” would be a misstatement. Messrs. Coase and Wang interpret China's rise in terms that are distinctly different from what has been accepted as conventional wisdom, which holds that China's dramatic rise has resulted from astute guidance by its Communist Party leadership. But as the authors demonstrate, China's dramatic economic growth over the past three decades hasn't been a top-down process engineered by party leaders in Beijing. Instead, China's rise has been a bottom-up process driven by what the authors call the “four marginal revolutions.”

First came the “household responsibility system” in agriculture that, the authors say, “emerged spontaneously in rural China” in the late 1970s and was implemented nationwide in 1982. This system allowed farmers to sell some of their output at free-market prices. The next “revolution” resulted from rural industry reform in the form of township and village enterprises, which impelled townships to behave like entrepreneurs in producing and marketing their products. These enterprises in turn led to the emergence of entrepreneurs and the “individual economy”—“a euphemism for private economy,” the authors explain, that was intended to disguise the underlying capitalist reality of this third revolution. The fourth revolution was the establishment of the “special economic zones” in Shenzhen and several other towns in Guangdong and Fujian provinces, as well as in Shanghai and other coastal cities.

According to the authors, the four marginal revolutions gave birth to “a vibrant non-state sector” that contrasted sharply with “a stagnant state sector.“ These developments followed the Great Leap Forward in the late 1950s—when millions starved as a result of misguided collectivization and industrialization efforts—and the Cultural Revolution in the mid-1960s, “Mao's last and most horrendous effort to mold China into socialism,” as the authors put it.

Viewed against the backdrop of these catastrophes, the achievements of this private were extraordinary and sometimes bizarre. By the early 1980s, the authors write, “self-employed barbers came to earn higher incomes than surgeons in state hospitals. Street vendors . . . earned more than nuclear scientists. Traders, small-shop and private restaurant owners . . . were among the highest income groups in China.” And “the number of self-employed household businesses and single proprietorships increased from 140,000 in 1978 to 2.6 million in 1981.”

The Communist Party's role in bringing this to pass, the authors say, consisted mainly in getting out of the way. Messrs. Coase and Wang conclude that “the gradual withdrawal of government from the economy, rather than the strength or omnipresence of the political leadership . . . explains the success.” The guiding principles have been pragmatism, experimentation and the Confucian injunction “to seek truth from facts”—or, as Deng Xiaoping, who pushed through many of the post-Mao reforms, put it in a famous dictum: “Practice is the sole criterion for testing truth.”

“How China Became Capitalist” abounds with such insights. For example, the authors distinguish between, on one hand, rule by law governing hierarchical relations and, on the other, rule of law governing horizontal relations. Rule by law is plainly manifest in China, in how severe punishment is applied in some instances of corruption (while others are ignored). But rule of law is rarely evident: The Communist Party brutally suppresses political dissent as well as expressions of individual or group identity that might threaten its rule. Messrs. Coase and Wang deplore China's lack of a “free market for ideas” and the damage that this has wrought on universities and on the Chinese economy's capacity to innovate.

The authors also insist that the future dynamism of China's economy depends on the continued growth of its private sector. But they are much less clear on the future of China's huge state-owned enterprises and of China's partial efforts to privatize them.

Occasionally the authors' contentions are problematic. For example, they opine that a free market for ideas can be sustained without political democracy. Actually, it's hard to imagine one without the other: Some of the ideas on offer, after all, might strongly advocate expanded democracy, which is anathema to China's leaders. And although the authors acknowledge the centrality of property rights in effective market reform, they avoid the question of whether property rights, if not regulated, may sometimes be exercised at the expense of human rights.

And while “How China Became Capitalist” is tightly written and swept relatively clear of excessive economic jargon, it isn't easy reading. The book is crammed with facts, data, cross-references and 21 pages of carefully crafted endnotes. Yet patient readers will be rewarded with a better and deeper understanding of the most extraordinary transformation in modern economic history.

Charles Wolf Jr. is an economist at the RAND Corp., professor at the Pardee RAND Graduate School, and a senior fellow at the Hoover Institution.

This commentary originally appeared in The Wall Street Journal on April 30, 2013. Commentary gives RAND researchers a platform to convey insights based on their professional expertise and often on their peer-reviewed research and analysis.