At 65, RAND Continues to Make a Difference 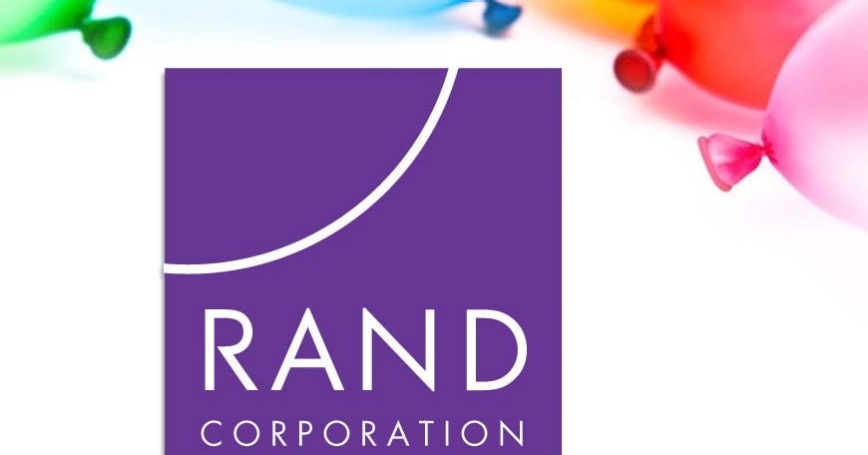 On May 14, RAND celebrates its 65th year

To celebrate our first 60 years, we created 60 Ways RAND Has Made a Difference, an online book to illustrate our most notable contributions. On our 65th birthday, we provide five of the most recent ways in which we at RAND are proud to have made a difference.

1. Improving the lives of servicemembers, veterans, and their families

A RAND study of return-to-work programs for veterans with service-related health problems identified which programs are most effective, which provide the best return on investment, and what strategies are needed to encourage servicemembers and veterans to utilize them.

In response to the disturbing increase in military suicides, RAND researchers looked at the support programs offered by the Department of Defense, and identified improvements to make suicide prevention strategies more effective.

RAND revisited its research on sexual orientation and U.S. military personnel policy and provided the Senate Armed Services Committee with current data as it considered and repealed the policy known as “Don't Ask, Don't Tell.”

A RAND study commissioned by the Elizabeth Dole Foundation provided an initial assessment of what’s known, and what’s not known, about the needs of military caregivers.

RAND researchers developed a prototype disaster preparedness planning tool to determine (and address gaps in) capabilities and resources a locality will likely require in the event of a disaster such as an earthquake, hurricane, or flu pandemic.

A RAND review of the New York City Department of Education's promotion and retention policy found that enforcing academic standards for students led to improved performance on assessment tests, without negative social or emotional effects.

Education researchers at RAND focus on measuring educational quality and evaluating education reforms, with a particular emphasis on assessment and accountability systems.

RAND analysts examined how the Department of Defense might execute deeper reductions in the defense budget and developed a strategy-based approach that prioritizes challenges and risks instead of pursuing more across-the-board cuts that can produce indiscriminate risks.

5. Helping kids cope with the effects of violence and trauma

A team of clinician-researchers from RAND and several other institutions in the Los Angeles area (UCLA, Los Angeles Unified School District, and USC) collaborated to develop, implement, and evaluate a school-based program designed to help children traumatized by violence.

After the shootings at Sandy Hook Elementary, RAND analysts offered insights to help guide the school toward recovery and discussed how research on gun violence and mental health could help prevent future tragedies.

RAND studied whether and how children's lifetime violence exposure is related to a set of negative symptoms, pointing to new strategies for helping kids recover.