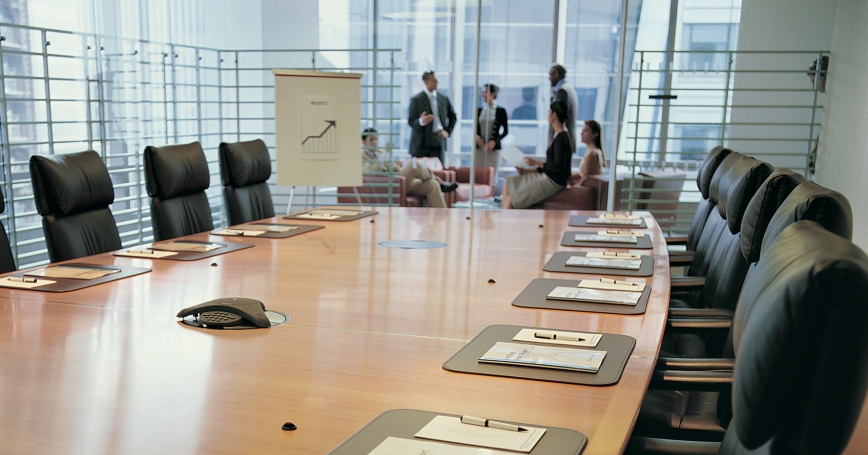 The corporate boardroom in 2013 is under pressure to change. That pressure is coming from multiple different directions. Basic questions have been raised about the evolving role of boards, at a time when scandal and perceptions of corporate opportunism have resulted in a loss of public trust in the business community. In a related vein, traditional notions of fiduciary duty are increasingly being questioned, both in regard to how effective boards really are in safeguarding equity shareholders, and in regard to whether boards really ought to try to balance a broader set of stakeholder interests. Meanwhile, many of the more specific facets of board responsibility are shifting as well. Compliance, reputation risk, ethical tone, and organisational culture are becoming more salient as concerns for corporate directors, even as they wrestle with how to deal effectively with any of these things. In a related vein, one question that comes up often, in conversations with directors, is what are boards actually supposed to do, in order to better address compliance and reputational risk?

On compliance in particular, there are two interesting trends in play. On one hand, there has been significant legal and regulatory movement over the past few decades, in the direction of placing more responsibility on boards to oversee the compliance function. In part, this has occurred through major appellate court cases like Stone v. Ritter, which have affirmed that board fiduciary duties encompass some responsibility for compliance oversight, and for making sure that the corporation has a meaningful compliance program. It has also occurred through revisions to the Federal Sentencing Guidelines on organisational crime, which provide for more lenient treatment to corporate offenders when related standards for effective compliance programs have been met (e.g., ensuring a direct channel of reporting access between compliance officer and board). Collectively, these policy developments have put pressure on boards to be more engaged in compliance oversight, while also providing a pathway for them to follow in carrying out that oversight.

On the other hand, in actually speaking with directors, a different theme sometimes emerges. This involves the sense that directors and boards are frequently overburdened in what is essentially a part-time job. They face increasingly long checklists of things that they're supposed to demonstrate that they're monitoring. And the largely ministerial act of simply checking items off of that list has come to dominate an increasing amount of time for many boards and their directors. In context, some directors describe the act of reviewing and checking off items from the list as being a “compliance” type activity, or as involving a “compliance” burden — by implication, something that takes the directors away from spending time on more substantive issues, such as reviewing business strategy or operations. This viewpoint on what “compliance” means in the boardroom is almost antithetical to what policymakers and the compliance profession are seeking to accomplish when they pursue “compliance”. Their aim is to achieve something much deeper than inflicting paperwork and a check-the-box mentality on boards (or on management). Instead, the ultimate aim is to try to promote honesty and adherence to the law as basic corporate values, in ways that move beyond enforcing narrow acquiescence to specific legal mandates.

Questions about what boards ought to do concretely in order to carry out their compliance responsibility have been addressed at length elsewhere. But an important basic insight is to recognise the intrinsic tension between “compliance” as a superficial activity, as opposed to something more substantive and meaningful. A similar point arises in the oversight of corporate reputation, which has also become increasingly focal in boardroom conversations lately, and which also sometimes confuses boards and senior executives in terms of what they are specifically called upon to do. It has been prominently asserted by Warren Buffet and others that reputation is a tremendously valuable attribute for any going-concern business, even though it may be difficult to quantify as an intangible asset. But that still leaves open the question of what “reputation”, and reputation risk, really mean. Some view corporate reputation as being largely synonymous with public relations and marketing, and with outward facing efforts by a company to influence brand awareness and brand image with the public.

Others, however, suggest a different focus. In writing about Exxon-Mobil and its reputation for Forbes online, Jonathan Baskin recently observed that reputation is better understood as the behavioural response of key external stakeholders to the firm, in terms of their willingness to continue to engage on mutually advantageous terms. Thus, a firm has a strong reputation when its employees are willing to work on favourable terms; its customers to purchase; its creditors to lend; its suppliers to supply; etc. In turn, all of those external behaviours tend to reflect the stakeholders' beliefs about whether the firm itself is both dependable and attractive as a counterparty. Put another way, corporate reputation is about engaging external stakeholder groups, and demonstrating through one's own behaviour that one is desirable as a business partner. From this vantage point, reputation is less about managing appearance than it is about managing substance. It is primarily about influencing the expectations of others through the visible reality of one's own practice, rather than through public relations efforts.

In this sense, compliance and reputational oversight as board responsibilities present a similar basic problem. In both instances, it is possible to cast the underlying issue in superficial terms, and thereby to make board oversight responsibility similarly superficial and mechanical. But that's unlikely to be how boards will best contribute to enhancing shareholder value. In principle, boards are comprised of persons with expertise and insight into business operations, strategy and finance. By virtue of their backgrounds and knowledge, board members are uniquely positioned to ask deep and probing questions, rather than superficial ones, when it comes to overseeing an enterprise that embeds honesty, dependability and fair dealing as a cornerstone in all of its activities. Superior reputation management and superior compliance practice both demand that kind of deep attention, and deep questioning and corporate self-reflection. Figuring out how to ask and address the deep questions, given limited time and ever increasing outside scrutiny and pressure, is perhaps the greatest challenge facing corporate boards today.

Michael Greenberg is the Director of the RAND Center for Corporate Ethics and Governance.

This commentary originally appeared in Financier Worldwide on May 1, 2013. Commentary gives RAND researchers a platform to convey insights based on their professional expertise and often on their peer-reviewed research and analysis.