Drones Are Useful, but Not the Solution or the Problem 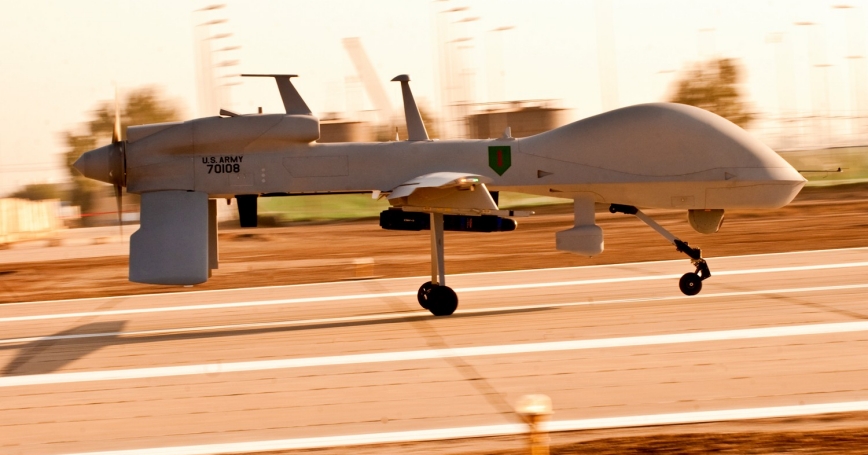 The use of drones to attack the Taliban in Afghanistan and Pakistan, and al Qaeda there and in Yemen, draws criticism for exacerbating anti-American sentiment. But drone use needs to be seen in broader contexts as the U.S. withdraws from combat in Afghanistan, deals with unrest in the Middle East and Persian Gulf, and grapples with al Qaeda threats to our homeland.

Debate has focused on using drones to assassinate — that is the proper word — those identified as major al Qaeda operatives, their allies or others in Afghanistan, Pakistan, and Yemen. Al Qaeda continues to seek a 9/11-sized attack on the U.S., making it appropriate to target complicit individuals outside the United States for killing or capture. We need to re-examine how to do it, along with the costs and risks.

Special forces, like those that killed Osama bin Laden, are an alternative to drones. That particular mission was a clandestine operation in a stable environment. It's not easily replicated in the “Wild Mideast,” where the risk of failure and of U.S. deaths or captures would be high, along with casualties to innocent bystanders. The reactions of the Pakistani government and public to the Osama raid were more negative than to drone strikes, even though no Pakistanis were injured.

Another alternative to drones is manned aircraft strikes. They are likely to be less effective than drones and could kill far more bystanders. Drones can stay over the target longer, improving accuracy without risking U.S. personnel. And drones can operate with a smaller footprint because much of the supporting apparatus is remote.

The lack of risk to U.S. personnel has caused those Muslims who admire suicide bombers to accuse us of cowardice. I don't think that minimizing U.S. casualties is dishonorable. However, eliminating that risk may tilt the balance toward more drone strikes than it should. To compensate, we should put the use of drones to this question: would we be willing to risk a U.S. pilot on this target? A negative answer should be a caution, but not a veto.

The effectiveness of our attacks, particularly by drones, has already decimated the al Qaeda hierarchy. That achievement, together with the negative effect on Muslim publics of drone attacks, suggests that the rate of their usage could be moderated. We could redirect some of our analytical and material resources toward pre-empting what is likely to be a rise in domestic terrorist actions inspired by the Boston Marathon bombing.

As the U.S. reduces its activities in Afghanistan to an advisory role, elements in Afghanistan and Pakistan, including the Taliban, will continue to contend for power. It is worth seeking an agreement among the major powers with interests there (Pakistan, India, China, Russia, Iran the U.S.) and with the Afghan factions including the Taliban, to end or at least tamp down the conflict. That probably will not succeed. Therefore, the U.S. will need to depend on action from a distance, largely using drones, to attack al Qaeda in Afghanistan and in Pakistan when those governments are unable or unwilling to suppress terrorists.

The senior leadership of al Qaeda has been badly damaged by the U.S. campaign against it, but dispersed lower-level elements remain and could be proliferating. Dealing with them will require a different mix of capabilities and tactics. Without minimizing the threat of more terrorist action against the U.S., either from domestic groups or those based abroad, it is important to remember that they are not existential threats.

Counterterrorism is an important but lesser matter than managing relations with China to avoid both confrontation and Chinese domination of the East Asia-Western Pacific area, and preventing — or at least containing — nuclear proliferation, especially in Iran, the Middle East and South Asia. And the drone issue is lesser still. Our external national security agenda should have a different focus. The widespread use of the term “war on terror” has distorted U.S. policy and, by justifying unwise behavior both abroad and at home, damaged U.S. security.

Harold Brown was U.S. secretary of Defense during the Carter administration and author with Joyce Winslow of Star Spangled Security: Applying Lessons Learned Over Six Decades Safeguarding America. He is a trustee emeritus of the RAND Corporation, a trustee of CSIS and a member of the Defense Policy Board for the last 20 years.

This commentary originally appeared on The Hill's Congress Blog on May 14, 2013. Commentary gives RAND researchers a platform to convey insights based on their professional expertise and often on their peer-reviewed research and analysis.