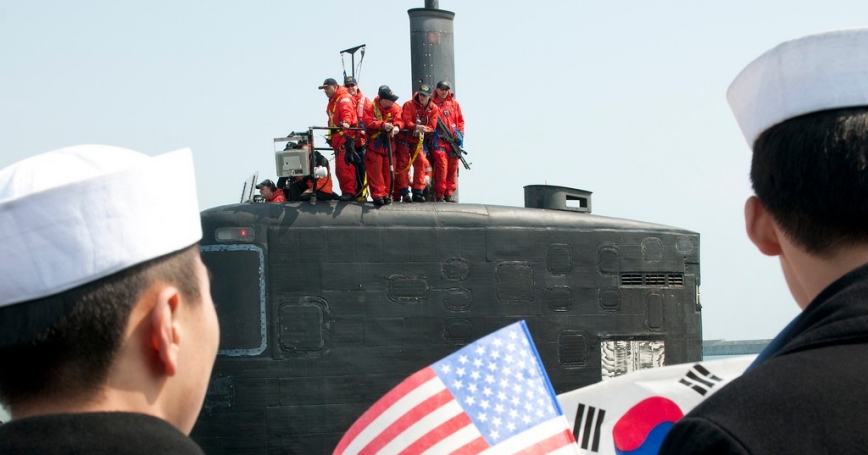 In many ways, the alliance between the U.S. and South Korea is closer today than it has been for some time. But even in a very close relationship, issues will arise that require adjustments. This understanding set the context for the summit between President Barack Obama and President Park Geun-hye. And regardless of the decisions reached at the summit, the details of many agreements will take months to be resolved.

A key challenge to the alliance is the recent round of extreme threats from North Korea, including its declaration of war at the end of March. Pyongyang's persistent belligerence has raised serious concerns about peace and security in Northeast Asia. North Korea's military inaction suggests that its bluster has been directed primarily at an internal audience, which may reflect serious political instability. This instability could present another challenge for the summit.

When President Obama and former Korean President Lee Myung-bak met for a summit in June 2009, they issued a “Joint Vision” statement that established goals and strategies for the alliance. This statement promised “to build even closer ties between our societies” — ties that extend well beyond the security dimension. But with North Korea's recent actions at the top of the current list of concerns, security issues can be expected to dominate the summit and the anticipated joint declaration.

North Korea has sought on many occasions to divide South Korea and the U.S. on security issues by focusing U.S. attention on North Korean nuclear weapons and intercontinental missiles that could attack the U.S. North Korea wants to raise doubts in the 2009 statement's call for a U.S. commitment of “extended deterrence, including the U.S. nuclear umbrella.”

In a period of U.S. budget austerity, there are doubts in Asia about the enduring quality of this commitment. While the U.S. “pivot” (rebalancing) to Asia reinforces its promise in general terms, a clear statement in this summit of U.S. plans to sustain forces in Northeast Asia would help alleviate such concerns.

The growing size and sophistication of North Korea's nuclear arsenal has caused concerns, especially in South Korea. Moreover, North Korea has been clear that nuclear weapon elimination is not negotiable. The U.S. government has serious political difficulties in negotiating with the North because of this position and the North's violations of previous agreements; South Korea may need to take the lead in future negotiations.

The U.S.-South Korean Extended Deterrence Policy Committee was setup to deter North Korean threats. The upcoming summit should ratify the progress of this effort, reassuring both the Korean and U.S. people that these threats are being managed. The U.S. recently announced plans to enhance its missile defenses in Alaska and Guam against the North Korean missile threat; similar plans for managing the nuclear threat against South Korea would provide helpful reassurance. And the recent announcement of a joint response to even limited North Korean attacks should help deter North Korean provocations.

The 2009 Joint Vision statement also called for South Korea to “take the lead role in the combined defense” of the peninsula over time. Transition of operational control of Korean forces is expected to accomplish this goal in December 2015. But when transition was originally planned during the presidency of Roh Moo-hyun, the U.S. and South Korea hoped they would be successful in negotiating North Korea's denuclearization. Such an outcome would have made the North Korean nuclear weapon threat — and the offsetting of the U.S. nuclear umbrella — less critical to Korean defense. Exactly the opposite has occurred. The transition was postponed from 2012 to 2015, and South Korea may use the summit to call for further postponement.

Originally, the two countries decided that the U.S.-Korea Combined Forces Command (CFC) would be terminated as part of the transition, to be replaced with separate Korean and U.S. commands, with the U.S. in a supporting role. But the CFC has been a key symbol of the U.S.-South Korea alliance — a symbol that North Korea very much wants to go away. Given North Korea's recent threats, there have been many calls for continuing the CFC even after a transfer of operational command, a move that would sustain the symbol of combined interests and deny North Korea the opportunity to claim an alliance-splitting victory. The CFC supports a close relationship between U.S. and Korean military personnel, working together daily to plan for the security of Northeast Asia. The loss of that cooperation would undercut the strength of the alliance. The future of the CFC may thus be a key subject at the summit.

Korea is interested in uranium enrichment and nuclear waste reprocessing. The country's civilian nuclear program is constrained by its bilateral agreement with the U.S. not to pursue either of these efforts. Both could forge a path toward an independent Korean nuclear weapon capability, something South Korea has agreed not to pursue as a member of the Nonproliferation Treaty. But South Korea needs to reprocess its nuclear waste because it is running out of storage areas, and it would like to enrich uranium for South Korean nuclear plants and to provide full support when selling nuclear reactors.

The 2009 Joint Vision statement identified the alliance's ultimate objective as “establishing a durable peace on the peninsula ... leading to peaceful reunification on the principles of free democracy and a market economy.” Unification of the North and South would resolve many aspects of the recent North Korean threats. And unification focused on “free democracy and a market economy” would almost certainly be South Korea-dominated, raising many concerns in North Korea. If the Obama and Park administrations still agree with this objective, they should direct the development of efforts to prepare the North Korean people, and especially the North Korean elite, for such a unification.

Unification will also require U.S. and South Korean cooperation with China through a transition period and beyond. Chinese leaders must grow to feel that unification of the Korean peninsula will be best for China.

But in the immediate future, the alliance must focus on strengthening regional security and deterring North Korean provocations and threats. Let us hope that the presidents and their staffs can introduce appropriate concepts for deterring North Korean challenges and avoiding the kind of disaster that major conflict on and around the peninsula could cause.

This commentary originally appeared in The Korea Herald on May 7, 2013. Commentary gives RAND researchers a platform to convey insights based on their professional expertise and often on their peer-reviewed research and analysis.