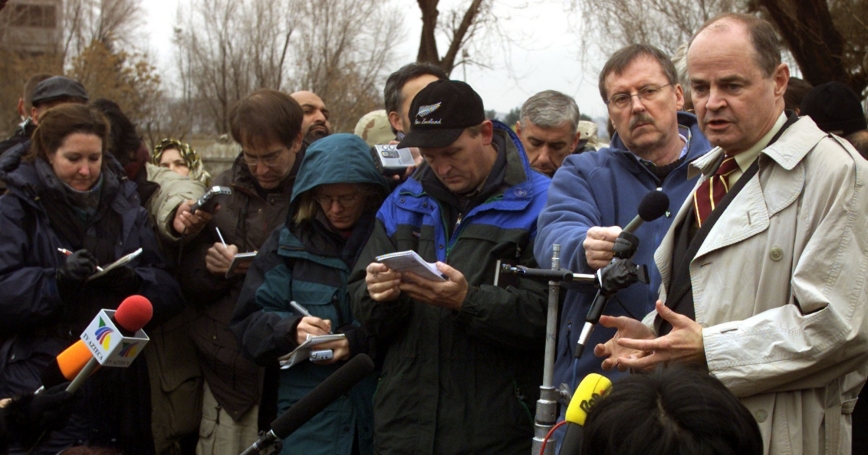 On Friday, President Obama named Ambassador James F. Dobbins, a veteran diplomat and the current director of the RAND International Security and Defense Policy Center, as his special representative for Afghanistan and Pakistan.

“Jim's intellect, skills, and experience will serve the United States well in this critical post,” RAND President and CEO Michael Rich said. “We are honored to have had Jim's wisdom and leadership at RAND for more than a decade and thankful for the numerous contributions he has made to our security and defense research.”

During his 11 years at RAND, Dobbins focused on a wide range of international issues and authored numerous publications dealing with South Asia, including Afghan Peace Talks: A Primer in 2011, After the Taliban: Nation Building in Afghanistan in 2008, and Ending Afghanistan's Civil War in 2007. He was the lead author of a series of volumes that examined the history of U.S. involvement in nation-building, including America's Role in Nation-Building: From Germany to Iraq in 2005, The Beginner's Guide to Nation-Building in 2007 and How Local Circumstances Affect Nation-Building Outcomes in 2012. His work also focused on China, Iran, Iraq, Haiti, and elsewhere.

During their administrations, Presidents Bill Clinton and George W. Bush turned to Dobbins for a range of difficult assignments, including as envoy for Afghanistan, Kosovo, Bosnia, Haiti, and Somalia.

After the 9/11 attacks, Dobbins was named the Bush administration's representative to the Afghan opposition. He represented the United States at the conference that established the new Afghan government, and, on December 16, 2001, raised the flag over the newly reopened U.S. Embassy in Kabul.