From Boston to Oklahoma—Lessons for the Regional Trauma Response System 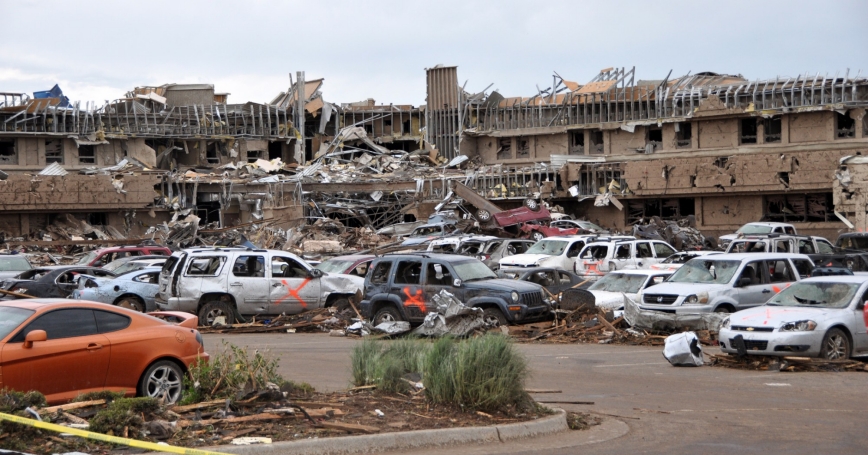 Monday's massive tornado ripped through Moore, a suburb of Oklahoma City, devastating homes and businesses and killing at least two dozen people. The disaster came just over a month after an explosion at a fertilizer plant devastated the town of West, Texas, killing 15 people and injuring some 200 others. Just two days earlier the bombings at the Boston Marathon left three dead and more than 260 injured.

Three mass-casualty events occurring in three very different settings show that disaster preparedness should not be limited to large cities or “target” areas in the United States. One trait that is common to all such events—whether urban, suburban or rural—is the need for coordinated, responsive trauma care for victims.

Boston had an advantage over the rural community of West in that seven hospitals, including facilities with readily available, highly specialized trauma and burn care, were in close proximity to the site of the blast. In contrast, the majority of casualties in West had to be transported to hospitals in Waco, 20 miles away. The main receiving facility, Hillcrest Baptist Medical Center, is a hospital with trauma care capability. Other victims were treated at Providence Hospital, which is not a trauma center, and Scott & White Memorial and McLane Children's Hospital in Temple, Texas, about 50 miles away. Several patients were transported as far as 75 miles to Parkland Hospital in Dallas, the closest facility with burn and highly specialized trauma units. Most of these victims had traumatic injuries. In the case of Moore, the tornado inflicted significant damage to Moore Medical Center, requiring 145 casualties, including 45 children with minor to severe injuries, to be taken to other area hospitals in and around Oklahoma City.

In the aftermath of all three incidents—as with all mass-casualty events—trauma patients needed to receive care as quickly as possible to decrease the odds of death or permanent disability. And to ensure timely care, critical resources, such as established communication systems, pre-hospital care, and trained trauma teams in emergency departments, needed to be readily available.

Trauma centers are not evenly distributed across the United States, however. Compared with urban centers, many rural areas do not have the resources they need to provide optimal care to trauma patients. As a result, the rates of preventable deaths due to trauma in such areas may be as high as 85 percent. In contrast, in an average urban center, the injury-related mortality rate was no more than 55 percent between 2002 and 2007. One way to address this disparity is by implementing regional, organized trauma care plans that allow communities to pool their resources or arrange for patients with the most severe injuries to be transported to regional facilities that are best equipped to receive them. Statewide trauma systems decrease the likelihood of disability and preventable deaths from traumatic injuries.

Some states have already developed coordinated trauma systems. North Carolina's regional trauma system helped ensure that victims received optimal care following a 2003 explosion at a pharmaceutical plant in Kinston, for example. But despite the clearly established benefits, most states don't have such a system, and in some cases those that do lack funding to adequately sustain existing coordinated systems to treat isolated traumatic injuries and to respond to mass-casualty events. For example, Texas has had a statewide trauma system since 1992, but it has no dedicated funding source.

Three mass-casualty events in just over one month highlighted the professionalism and dedication of emergency responders and medical staff in three very different settings. It is time for all states to adopt coordinated trauma response systems and to play a stronger role in ensuring that they are adequately funded so that those who respond to emergencies are provided with the resources to save as many lives as possible.

Mahshid Abir, M.D., is an adjunct behavioral and social scientist at the nonprofit, nonpartisan RAND Corporation, and Stewart C. Wang, M.D., Ph.D. is a trauma and burn surgeon at the University of Michigan.

This commentary originally appeared on The Health Care Blog on May 21, 2013. Commentary gives RAND researchers a platform to convey insights based on their professional expertise and often on their peer-reviewed research and analysis.