H7N9 Bird Flu — Health Authorities Are Prepared, but Must Stay on High Alert 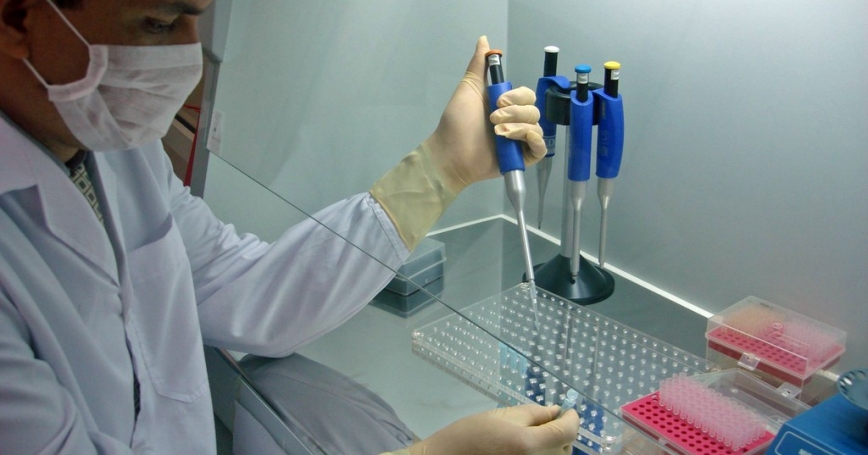 Chinese health officials announced recently that a new bird flu virus is bringing sickness and death to dozens of seemingly random victims in the eastern part of the country. Scientists have classified this new flu as subtype H7N9.

Like its cousin H5N1, this latest version of the avian flu virus successfully made the jump from birds to people. And like its predecessor it is especially deadly, according to the leader of an international investigation team from the World Health Organization (WHO). Authorities aren't certain how all its victims have been infected, but they have found no evidence, for now at least, that ongoing spread from person to person is occurring.

So far, global health officials seem to be doing a good job of tracking and containing H7N9, but continued vigilance is critical to make sure that today's localized health concern does not become tomorrow's pandemic. The death toll reached 27 on May 2. The number of cases stands at 127 in China, with a single additional case reported in Taiwan. But just because it is spreading slowly and is concentrated a world away does not mean this latest bird flu event can be taken lightly.

Over the last decade, bird flu has stoked fear of a global pandemic capable of sickening and killing millions, as the deadly 1918 flu pandemic did, even though more recent pandemics killed fewer people. A new pandemic is always possible, even as authorities in affected countries and the WHO have greatly improved reporting and response protocols aimed at detecting, preventing and containing diseases.

Having dealt with outbreaks of H5N1 bird flu and other communicable diseases like Severe Acute Respiratory Syndrome (SARS) in 2003 and H1N1 swine flu in 2009, health officials are now far better prepared to detect new diseases early and react quickly to monitor and contain their spread. For instance, enhancements in communications technology have made it easier for information about outbreaks to spread through both official and unofficial channels.

In response to the current H7N9 flu, the U.S. Centers for Disease Control and Prevention (CDC) is already creating quick and highly accurate diagnostic test kits for laboratories across the United States and around the world. They have also determined that the few H7N9 viruses tested so far look treatable with our current flu drugs. And they are working to develop a candidate vaccine virus in case this becomes needed.

In addition, a new international system is in place that requires health authorities in countries around the world to alert the WHO to disease events caused by new flu viruses and other communicable diseases that might spread across borders and cause undue economic impact. While some countries once tried to protect against the economic impacts that might accompany announcements of viral outbreaks, a new era of greater transparency and cooperation has emerged.

In 2005, countries around the world approved a revision to the longstanding WHO International Health Regulations (IHR) (PDF). The new IHR now requires national authorities to notify the WHO of cases or outbreaks of specific diseases like smallpox, polio, new types of influenza and SARS, as well as any other threat that qualifies as a “Public Health Emergency of International Concern,” including those caused by infectious, chemical, biological, or radiological sources.

In recent decades, the potential for disease to spread globally has grown with the increase of international travel and trade. And each time a new strain of flu virus pops up and causes human disease, all humans are essentially immunological virgins. No one has been vaccinated. Everyone is vulnerable. Authorities have to be ready for a possible worst-case scenario, if an especially deadly flu virus like H7N9 mutates to become easily spread from human to human.

This could happen at any time if human and animal flu viruses get a chance to “mix and match” in a person or in some types of animals, and if one resulting mutant form packs both the killer potential of the bird flu and the contagiousness of human influenza. That could be the spark for a new and deadly flu pandemic.

The new WHO protocol and responses so far by China, the WHO and the U.S. CDC are important steps in the detection and control of global communicable disease problems, but they hardly mean the world is safe from future pandemics. Authorities need to make sure that a new pandemic vaccine can be produced quickly enough and in sufficient quantities. It must then be shared with countries around the world and delivered quickly enough to everyone who needs it.

For now at least, the new bird flu is confined to a small number of people in China and the one person in Taiwan. Health authorities from China and Taiwan to Geneva (where the WHO is based) and the United States are monitoring closely. But viruses respect no borders. Tracking and containing H7N9 is a critical global health responsibility that demands the attention of health officials, governments and the public. Fortunately, they seem to be on the case.

Melinda Moore is a public health physician and senior natural scientist at the nonprofit, nonpartisan RAND Corporation. She is also a professor at the Pardee RAND Graduate School. Moore previously served with the U.S. Centers for Disease Control and Prevention and the U.S. Department of Health and Human Services' Office Global Health Affairs.

This commentary originally appeared on Asia Healthcare Blog on May 10, 2013. Commentary gives RAND researchers a platform to convey insights based on their professional expertise and often on their peer-reviewed research and analysis.