How to Arm Syria's Rebels 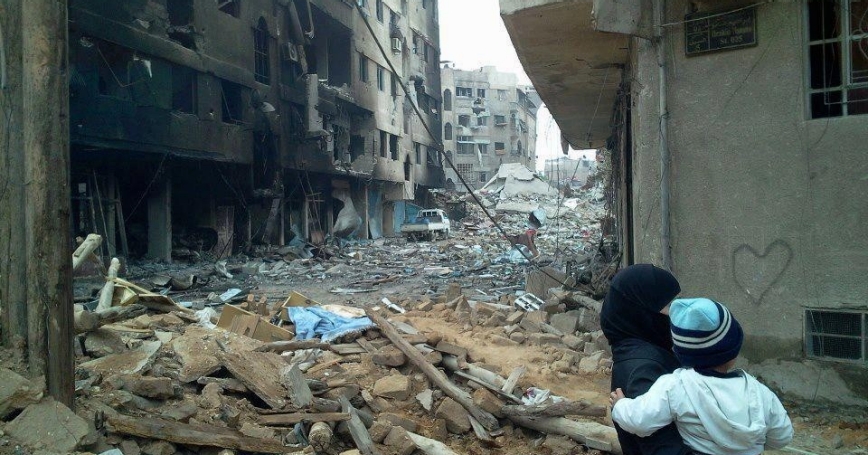 The options for the United States are narrowing rapidly as the Syrian civil war rages on. Although Secretary of State John Kerry and his Russian counterpart, Foreign Minister Sergey Lavrov, announced recently that they are arranging an international conference aimed at ending the conflict, their effort may not be any more successful than previous failed attempts to find a diplomatic solution. With the violence continuing to escalate, evidence indicating that chemical weapons have been deployed, and a growing refugee problem, the United States must act quickly to assist the opposition.

Too much blood has been spilled for the Syrian opposition to accept any outcome that preserves the instruments of power of the Assad regime. If, against all odds, Assad were to prevail, it would be devastating to U.S. prestige and credibility in a critical part of the world. The most likely outcome is that the violence will intensify, but there is no question that the longer fighting continues, the greater the likelihood that Syria will fragment along ethnic lines and become a sanctuary for jihadists who already are taking an increasingly prominent role in the fight.

This leaves the United States facing pressure to engage actively with the Syrian opposition before it is too late to prevent an outcome that would deeply compromise U.S. interests in the Levant and the security of U.S. allies in the region.

Any assistance from the United States must go beyond simply arming the Syrian opposition. The revolutionaries need organization and training as much as they need arms. It is not in the interest of the United States and its partners to send or allow arms to flow to fighters in Syria indiscriminately without any way to verify where these arms might end up.

The increasingly desperate and ruthless Assad regime has been relying on air power and heavy weapons to pound areas held by the rebels. It also has been testing the international community's reaction to its use of chemical weapons, possibly in preparation to use them on a larger scale. In the short term, the opposition forces would have to rely on a U.S.-led coalition of the willing to enforce a no-fly zone, interdict movements by Assad's armored units and provide enough weapons to the armed opposition to keep Assad's forces at bay.

But the U.S. strategy also must look at the future beyond Assad. The long-term objective of a program to train and equip the Syrian opposition forces would be to create a professional military force for a post-Assad Syria that would be supportive of democratic institutions and free of extremist elements.

What is required in Syria now is a program like the one the United States established in the mid-1990s to train and equip the armed forces of the Bosnian Federation. As in Syria today, there were concerns about the presence of extremists on the Bosnian Muslims' side. Iran had been a major provider of arms to the Bosnian Muslims since the beginning of the war and had gained significant influence. Thousands of foreign, mostly Arab, volunteers fought in the mujahidin brigade of the Bosnian army.

One of the goals of the Bosnia train and equip program was to eradicate Iranian and foreign radical influences from Bosnia. The leverage that the program gave the United States with the Bosnian government made it possible to achieve this objective.

The Bosnian experience provides a relevant template for Syria today, but time is running short. It is critical to establish as soon as possible a task force to organize and supervise a train and equip program for the Syrian opposition forces.

This cannot be a unilateral U.S. effort. It should include all partner nations willing to participate, especially Turkey, but it will not get off the ground without the United States taking the initiative. An assessment should be made of the organizational, training and equipment requirements of a professional democratic Syrian army. There also needs to be a concerted effort to secure donations of appropriate equipment from donor countries.

Training could be provided by military personnel of participating countries or, as in the case of Bosnia, contractors. Accountability procedures would be put in place to ensure the arms provided are not diverted to improper purposes or unauthorized units. None of the above would require foreign combat troops in Syria.

The U.S. government's Bosnia Train and Equip Task Force successfully administered the program in Bosnia with fewer than a dozen members, aside from trainers. It enlisted the cooperation of more than a dozen countries in different aspects of the program. The Bosnia experience provides a road map that could help avoid some of the worst-case Syrian scenarios and advance America’s interests and values.

Angel M. Rabasa, a member of the Bosnia Train and Equip Task Force in the early 1990s, is a senior political scientist at the nonprofit, nonpartisan RAND Corporation.

This commentary originally appeared on U.S. News & World Report on May 22, 2013. Commentary gives RAND researchers a platform to convey insights based on their professional expertise and often on their peer-reviewed research and analysis.