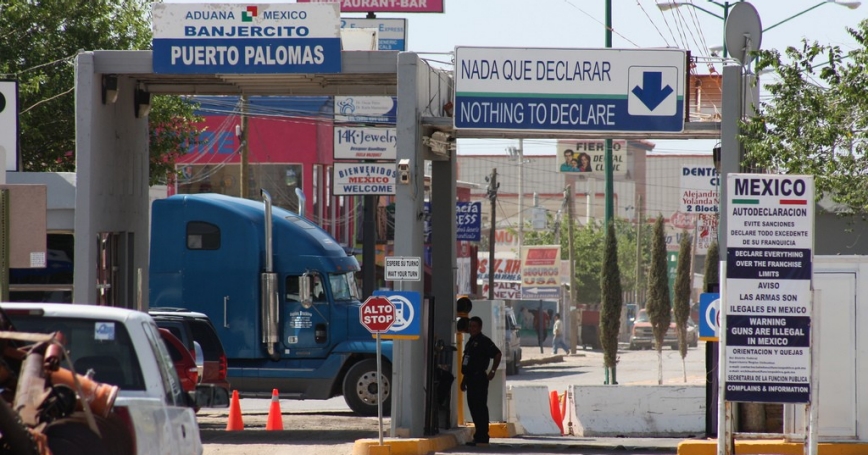 When President Barack Obama traveled to Mexico recently, many rushed to conclude that security — the topic that has traditionally topped the U.S.-Mexico agenda — had been suddenly shoved aside by economic issues.

During their joint news conference, Obama and Mexican President Enrique Peña Nieto touted their work on economic cooperation and commercial integration. Likewise, Obama's speech to the Mexican people and a joint statement from the two presidents stressed economic ties and shared opportunities while only briefly mentioning such difficult security issues as drugs, guns and crime. Headlines suggested that the economy will become the driving force behind future U.S.-Mexico relations.

Let's not get carried away. While security isn't the only topic confronting Washington and Mexico City, it's still likely to consume the lion's share of attention in this crucial relationship. After all, between Peña Nieto's inauguration in December 2012 and the end of April 2013, 5,296 people were killed in Mexico in drug-related violence — about 35 every day. That level of violence alone would keep security issues as a high priority for the United States and Mexico.

Moreover, drug trafficking in Mexico continues to affect the U.S. Mexico is the largest supplier of heroin, marijuana and methamphetamines to the U.S., and Mexico is the shipment point for 95 percent of the cocaine brought into the U.S.

So over the past six years, the U.S. has embarked on a strategic partnership with Mexico that has focused on drug-related violence. This partnership has meant closer U.S.-Mexican cooperation on several fronts, including an unprecedented transfer of U.S. equipment, U.S. training of Mexican security forces and U.S. access to Mexican security agencies.

But while security will remain central to the U.S.-Mexico relationship, the two sides may well change how they handle it. The new Peña Nieto administration is re-evaluating Mexico's recent close cooperation on security. The new Mexican leader's overall security strategy is evolving, but he has embarked on some important reforms to defense institutions. Peña Nieto has called for a more centralized approach to security issues that would eliminate inefficiencies and redundancies across government agencies. He is also pushing to develop a new National Intelligence Agency — similar to the U.S. Office of the Director of National Intelligence set up after the 9/11 Commission to quarterback the U.S. intelligence community — that would streamline Mexico's intelligence collection and analysis, which is now conducted by many disparate agencies.

The most important unanswered question is how involved Peña Nieto and his Institutional Revolutionary Party want the U.S. to be in future efforts to decrease drug-related violence. Some Mexican leaders and commentators are calling for the U.S. to back off, and some are explicitly asking to roll back the cooperative mechanisms of the past several years. As Peña Nieto refines his national security strategy, he will need to navigate these domestic pressures — and, ultimately, decide how much U.S. assistance he will consider, and in what form.

Peña Nieto isn't the only one facing domestic pressures, of course. Obama could almost hear the heated debates in Congress on immigration reform and border security from Mexico City.

So the two leaders emphasized economic cooperation at their summit not because security issues have gone away, but because the new rules of the game in this nascent relationship between Obama and Peña Nieto are evolving.

Economic cooperation is of course also exceedingly important. The United States is still Mexico's largest trading partner. In 2011, U.S. trade with Mexico totaled $500 billion, and Mexico was the United States' second-largest goods export market in 2012. But let's not assume that economic issues will displace security issues at the top of the U.S-Mexico agenda.

Because security issues are not going away, the two sides need to tackle them as best they can. The Obama and Peña Nieto administrations should build on the unprecedented levels of cooperation developed over the past six years — and if they get security right, they will be far better-positioned to broaden the relationship to focus on other issues such as economics, energy and the environment. If the two sides continue to invest together in security today, they may find themselves with far more opportunities for broader cooperation tomorrow.

Agnes Bereben Schaefer is a senior political scientist at the nonprofit, nonpartisan RAND Corp., based in Santa Monica, Calif.

This commentary originally appeared in Houston Chronicle on May 28, 2013. Commentary gives RAND researchers a platform to convey insights based on their professional expertise and often on their peer-reviewed research and analysis.