Learning the Wrong Lessons from Israel's Intervention in Syria 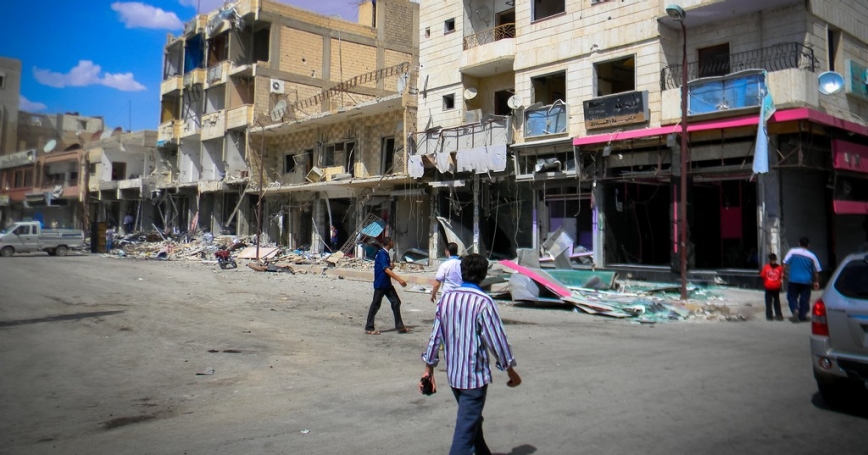 Israel's recent attacks on military targets in Syria have made clear the widening regional dimensions of Syria's civil war. They have also fueled debate about whether the United States should intervene. Look, some say, Israel acts when it sets red lines, and Syria's air defenses are easy to breach. Israel's involvement has energized those, like Senator John McCain (R-Ariz.), who argue for U.S. military intervention in Syria. Unfortunately, the interventionists are drawing the wrong lessons from the Israeli actions.

The first misconception is that the Israeli strikes showed how Israel stands by its red lines in ways that bolster its credibility — a sharp contrast to the perceived equivocation of President Barack Obama's stated red line that the use of chemical weapons in Syria would be a “game changer.”

Israel has stated that it views any transfer of chemical weapons by Bashar al-Assad's regime to Hezbollah as unacceptable. So its targeting of missile arsenals believed to be capable of delivering such weapons appears to be making good on the threat. But while such Israeli action against Hezbollah within Syria is an escalation, it is not new. Israel targeted such missiles earlier in the year and has been targeting Hezbollah arsenals in Lebanon for years. It also fought a costly war with Hezbollah in the summer of 2006 largely to degrade (unsuccessfully, it turns out) the group's missile capabilities. Israel was thus not acting in Syria to maintain the credibility of its red lines, but acting on specific perceived threats to its national security.

If Israel always acted on the basis of maintaining its credibility — a murkier concept than many in Washington like to believe — it would likely already have launched an attack on Iran's nuclear program. Iran has crossed countless “red lines” with no Israeli response. Some former Israeli military officials believe Iran has already crossed Prime Minister Benjamin Netanyahu's most publicly declared nuclear red line — the one he famously drew at the United Nations last September. Israel has not acted because of concerns and debates among its security establishment about the ability of Israeli action to effectively neutralize Iran's program. The lesson here is not that countries should act for the sake of maintaining credibility but that they should act when they believe it serves their interests and might make a difference.

A second potential mistaken lesson is that Israel has weighed in decisively on the side of the rebel forces and that U.S. intervention to oust the Assad regime would help Israel. The Israeli intervention was aimed at Hezbollah and its missile capabilities — not at helping the Syrian rebels, particularly given that many of the opposition fighters are Sunni Islamic extremists who may over time pose as serious a threat to Israel as the Assad regime.

Israel's security establishment is deeply ambivalent about the Syrian conflict. On the one hand, defeating Assad would break the so-called “resistance axis” of Iran, Hezbollah and Syria and pose serious obstacles to the re-arming of Hezbollah by Iran. On the other hand, the war is breeding extremists who believe in the destruction of Israel. The chaos brings risks that Syria's chemical weapons arsenal will fall into the wrong hands and pose new unconventional threats to Israel. And Israelis would not welcome an indecisive U.S. intervention that eroded U.S. power and influence, as Israel closely links its deterrent power to American power projection and capabilities. The risk that U.S. intervention in Syria could lead to an Iraq-like quagmire would concern Israelis, particularly if they viewed such an intervention as taking American attention away from Israel's primary concern — the Iranian nuclear program

Finally, there are rumblings among those favoring U.S. intervention that the successful Israeli strikes on targets within Syria demonstrate that Syria's air defense capabilities may not be as formidable as some suggest. While the use of air power in Syria is worthy of consideration, any decision should be based on whether such options would help address the dire humanitarian situation, not on how easily they could be carried out. Israel's limited airstrikes are not necessarily good indicators of the risks and limits that may emerge with the kind of sustained air campaign that would likely be necessary to achieve objectives beyond degrading the military capabilities of Hezbollah.

The Israeli intervention in Syria has certainly raised the stakes of this conflict — and increased the chances of an expanding regional war. But it has not fundamentally changed the realities and complexities that have so far restrained American involvement in this conflict. The United States should take care to avoid misinterpreting Israeli action as a reason to go to war.

Dalia Dassa Kaye is the director of the Center for Middle East Public Policy (CMEPP) and a senior political scientist at the RAND Corporation.

This commentary originally appeared on Reuters, The Great Debate blog on May 14, 2013. Commentary gives RAND researchers a platform to convey insights based on their professional expertise and often on their peer-reviewed research and analysis.