Legalization in the U.S. and Crime in Mexico 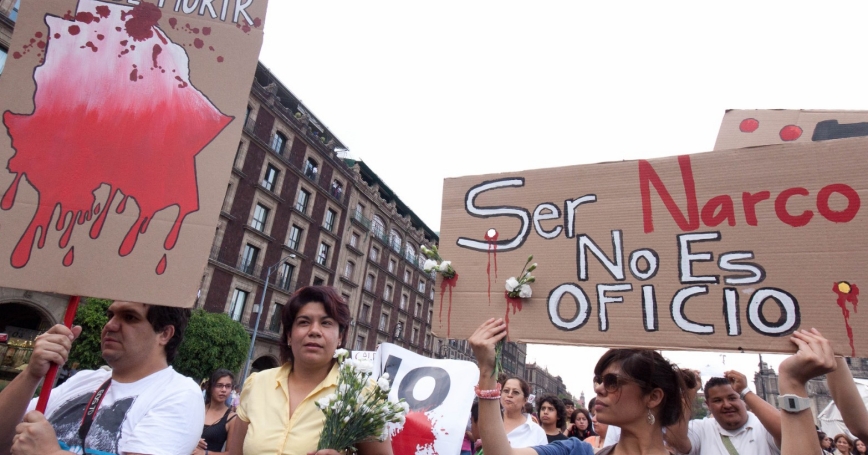 protest against violence in Juarez, Mexico

Much of the marijuana consumed in the U.S. comes from Mexico. It's impossible to know exactly, but my colleagues and I put the range at 40 to 67 percent for 2008. Our research also suggests that legalizing commercial marijuana production at the national level could drive out most of the marijuana imported from Mexico.

With marijuana legalization at the state level, imports from Mexico would depend on several factors, like how taxes influenced the market price, whether legally sold marijuana were illegally diverted to other states, and the severity of the federal response.

We don't expect the passage of legalization in a few states to significantly affect demand for Mexican marijuana. But what would happen to Mexican drug trafficking organizations if many states legalized marijuana or if there were national legalization?

These drug trafficking organizations do more than export drugs to the United States. Indeed, they sell drugs within Mexico and generate revenue from extortion, kidnapping and theft. We estimated that exporting drugs to the U.S. earned these organizations $6 billion to $8 billion in 2008, of which 15 to 26 percent came from marijuana (the rest was from cocaine, heroin and methamphetamine). While marijuana's share of drug export revenue has most likely grown in the past five years, it is still nowhere near the mythical 60 percent figure sometimes cited. Smuggling marijuana into the U.S. is not the main revenue source for most of these organizations.

Driving Mexican marijuana out of the U.S. would probably reduce the traffickers' export revenue by a few billion dollars a year. But would reducing that revenue lead to a corresponding decrease in trafficker violence? Much depends on which organizations are affected, whether these groups fight over the shrinking market, and the level of violence associated with whatever activities replace marijuana smuggling in their portfolios.

This op-ed was part of a NYT Room for Debate discussion: "How Can Marijuana Be Sold Safely?"

Beau Kilmer is the co-director of the RAND Drug Policy Research Center and co-author of “Marijuana Legalization: What Everyone Needs to Know.” He is also on the team helping the Washington State Liquor Control Board estimate the size of Washington's marijuana market.

This commentary originally appeared on NYTimes.com on May 22, 2013. Commentary gives RAND researchers a platform to convey insights based on their professional expertise and often on their peer-reviewed research and analysis.