Moore Must Be Ready for Psychological Aftermath 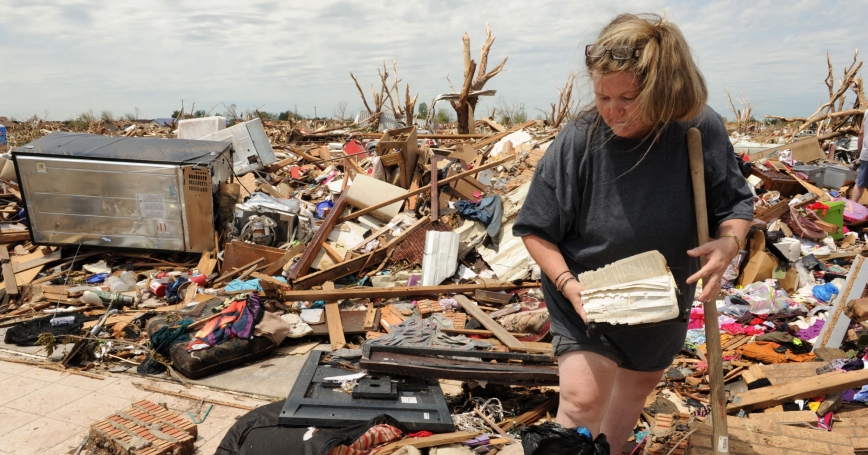 Last Monday, a massive tornado devastated Moore, Oklahoma, leveling or largely destroying hundreds of homes, businesses and two elementary schools. Plaza Towers Elementary School, where 75 students and faculty had taken shelter, was in the direct path of the tornado. Moore Medical Center lost an entire floor of its facility, requiring many of the injured, including children, some with severe injuries, to be taken to other area hospitals. At least 24 people were killed and hundreds more injured.

The tornado struck only days before the two-year anniversary of the deadly EF5 tornado that hit Joplin, Missouri, causing significant devastation and 155 fatalities. That twister lasted only minutes, but its toll on the mental health of Joplin's residents lingered much longer. And the incident holds some important lessons for Moore and future disaster areas as they try to recover.

Mahshid Abir, M.D., is an adjunct behavioral and social scientist at the nonprofit, nonpartisan RAND Corporation.

This commentary originally appeared on CNN on May 31, 2013. Commentary gives RAND researchers a platform to convey insights based on their professional expertise and often on their peer-reviewed research and analysis.