Paying for Infrastructure, a Taxing Issue 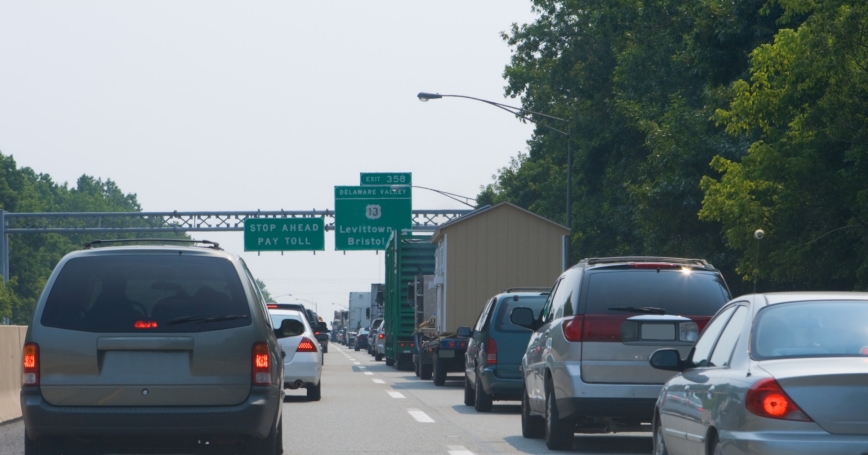 It's National Transportation Week—do you know why your gas taxes don't go as far as they used to?

Most Americans don't know how much they pay at the pump in taxes. It's not very obvious, since the price per gallon already includes federal, state, and in a few cases local gas taxes. Depending where you live, you pay anywhere from about 26 cents to 50 cents. That's not very much, considering most of us pay $4 per gallon, and in most places it hasn't changed since gas cost half that much.

Gas taxes are a type of user fee—you pay for the amount you use. It's analogous to other utilities—if you use more electricity, or gas, or water, you pay more. So far, so good. The gas tax has been a great system: reasonably inexpensive to implement, easy to understand, and for almost a century it's been a good way to ensure that people who drive more pay their fair share.

The problem is that as cars become far more efficient, you can drive many more miles on one gallon. That's terrific. Nobody wants to return to the days when American cars averaged fewer than 10 miles per gallon. But it also means that the Prius owner pays far less than the SUV owner, even if they drive the same number of miles and cause the same amount of congestion.

As a result, the user fee system is breaking down. At the federal level, the Highway Trust Fund, which is largely funded with gasoline and diesel taxes, is no longer self-sustaining. Multiple times, money has been transferred from the general fund—money that could instead support education, or the military, or the environment—so that the Trust Fund doesn't go into the red. Once funded exclusively by a user fee, the fund is now being subsidized. States face similar problems.

If the user pays idea is worth saving, the United States needs a different calculation. Some states are looking at mileage fees. With mileage fees, you pay based on the number of miles you drive, rather than the number of gallons of gas used.

Such a system also could allow for incentives to help meet other transportation goals. Maybe if you drive a Prius you pay less per mile, because you're polluting less. If you drive during rush hour you pay more, because the roads are already crowded and every additional vehicle makes the traffic even worse.

Mileage fees are already possible with existing technology, but they face significant political hurdles. There are ways to address the privacy concerns around knowing how many miles people drive. Costs are another major concern.

Given the seriousness of the problem, states continue to move ahead, and RAND's most recent report, “Mileage Based User Fees for Transportation Funding,” talks about ways to address these challenges. With creativity and political will, the United States may yet preserve the user fee system for the century to come.