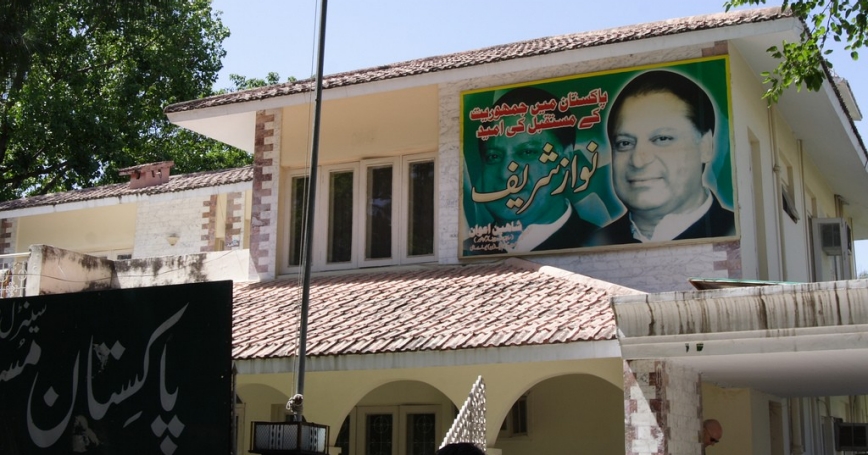 For over a decade, the U.S. presence in South Asia has helped dampen security competition between nuclear-armed Pakistan and India. But America's imminent withdrawal from Afghanistan and “rebalancing” to the Pacific raise the possibility of renewed tension. With this month's election of Nawaz Sharif as Pakistan's next prime minister, Islamabad and New Delhi have a fleeting window of opportunity to improve relations.

The United States has been a major player in South Asia since 2001. It deployed more than 100,000 troops to Afghanistan, conducted counterterrorist operations against al Qaeda and other terrorist groups in Pakistan, and provided billions of dollars in development assistance. It also played an important role in de-escalating several flashpoints between India and Pakistan.

Four months later, 10 operatives from Lashkar-e Tayyiba, a group that has close ties with the ISI, assaulted the Indian city of Mumbai with firearms, grenades and improvised explosives. The terrorists killed more than 170 people and wounded hundreds more. All their planning and training took place in Pakistan.

After both cases, the U.S. helped ease tensions. When Indian officials strongly considered air strikes against terrorist bases inside Pakistan in December 2008, for example, the White House dispatched U.S. officials to the region and worked feverishly to prevent an Indian military response that could have sent the nuclear rivals into a dangerous spiral.

With the U.S. decision to withdraw most of its military forces from the region by 2014, many in India are concerned that if the Taliban advances on the battlefield, Afghanistan will become a base for anti-Indian terrorist groups. In response, India has likely increased its support to Uzbek, Tajik and even Pashtun powerbrokers in Afghanistan—as well as members of the Karzai government—aiming to defeat the Taliban.

Virtually every Pakistani official I have talked to is deeply concerned that the U.S. withdrawal will destabilize Afghanistan, with which Pakistan shares a 1,519-mile border. Pakistan seeks an ally in Kabul—which they don't have today—and will likely continue to provide aid to the Taliban while supporting peace negotiations, all the while assessing which track is likelier to succeed.

So Afghanistan could deteriorate into a proxy war between India, Pakistan and other neighbors. Kashmir also remains a sore point, with India and Pakistan both disputing its borders. They have already been involved in at least three major wars over the region (in 1947–48, 1965 and 1971) and multiple border skirmishes.

Yet conflict isn't inevitable. The election of Mr. Sharif as Pakistan's next prime minister could yield greater cooperation. “We will pick up the threads from where we left in 1999,” he said after the election, referring to his previous stint as prime minister. “That is the roadmap that I have for improvement of relations between Pakistan and India.”

As prime minister in the late-1990s, Mr. Sharif co-authored the Lahore bus peace process, a passenger bus service connecting India and Pakistan at the Wagah border. He also signed the Lahore Declaration with his Indian counterpart, Atal Vihari Vajpayee. Both sides agreed to intensify their efforts to resolve the Kashmir dispute and reduce the risk of accidental or unauthorized use of nuclear weapons.

India's response to Mr. Sharif's election has also been encouraging. Prime Minister Manmohan Singh said that the people of India “welcome your publicly articulated commitment to a relationship between India and Pakistan that is defined by peace, friendship and cooperation.”

These are, of course, only words. Both sides need to offer concrete progress in such areas as economic cooperation and eased visa restrictions. Pakistan announced in 2011 that it would grant India most-favored-nation trading status (something India did in 1996), but domestic pressure from businesses fearing cross-border competition blocked the effort. Mr. Sharif should follow through now. India and Pakistan could also open more border crossings, since Wagah is currently the only crossing for cargo.

Improved relations will likely come incrementally if at all. “India should not expect a Kashmir settlement or the arrest of Hafiz Saeed in a few months' time,” wrote the Hindustan Times this month, referring to the leader of Lashkar-e Tayyiba. What Pakistan can hope for is a government that deals more effectively with the country's economic challenges, strengthens civil institutions and understands that “cutting dependence on the United States and China is only possible if Pakistan has a modus vivendi with India.”

Numerous minefields remain, including the risk that Mr. Sharif moves too fast for the Pakistani military, which could squelch greater Pakistani-Indian cooperation. During Mr. Sharif's previous effort to improve relations in 1999, the Pakistani military launched the Kargil War in Kashmir, eviscerating any possibility of détente. Meanwhile, India holds general elections next year, and Indian officials may fear being labeled as appeasers if they appear too close to Pakistan.

Still, there is opportunity here, and it is valuable. A revitalized “Great Game” between nuclear-armed states is in no one's interest.

Seth Jones is associate director of the International Security and Defense Policy Center at RAND, adjunct professor at Johns Hopkins University's School for Advanced International Studies and author most recently of “Hunting in the Shadows: The Pursuit of Al Qa'ida Since 9/11” (Norton, 2012).

This commentary originally appeared in The Wall Street Journal on May 29, 2013. Commentary gives RAND researchers a platform to convey insights based on their professional expertise and often on their peer-reviewed research and analysis.