Research Is a Fundamental Component of Suicide Prevention 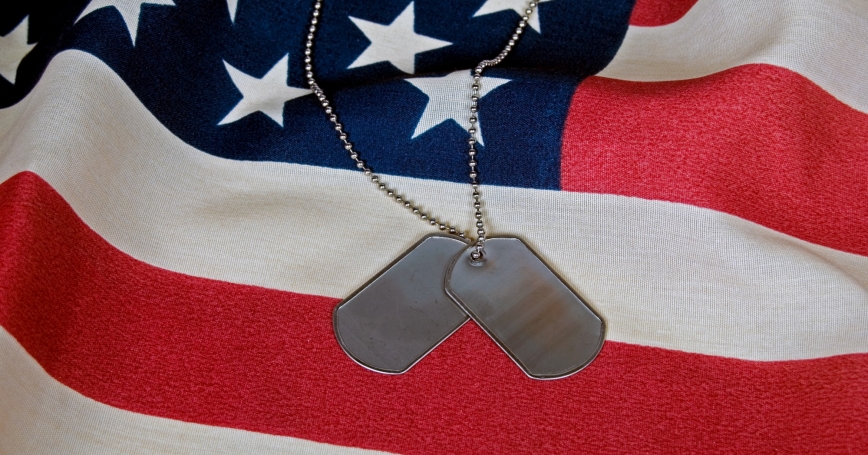 On Memorial Day two years ago I wrote: “There's no better way to honor the men and women who have died by suicide — and the families and friends they left behind — than to ensure that the country is doing all it can to avoid future premature deaths.” This message is even more important this year, as the U.S. Department of Defense (DoD) continues to grapple with a growing number of suicides among service members.

I believe that research can make a difference, and at RAND we're focusing considerable efforts on conducting high-quality, objective research to prevent suicide. This work began with the DoD. In 2011, RAND published The War Within, which identified the strengths and gaps in the current approaches to prevent suicide among military personnel. The conclusions and recommendations in that report helped influence Senator Patty Murray's amendment to the National Defense Authorization Act of 2013 requiring a comprehensive military suicide prevention program.

In work for the California Mental Health Services Authority (CalMHSA), a RAND team led by Joie Acosta in 2012 provided a model that helps illustrate how each of nine types of suicide prevention programs might lead to a reduction in suicides. This represented an important “next step” from the research recommendations made in The War Within by helping articulate the types of programs that are likely to comprise a comprehensive approach to suicide, whether that approach exists in a school, workplace, community, branch of military service, or state.

Acosta led another RAND team to create for DoD a step-by-step toolkit to help stakeholders evaluate their suicide prevention activities. The importance of this product, which will be released in the next few weeks, is articulated best by the authors in the preface: “Evaluations are critical for assessing the impact of…investments in suicide prevention and can be used as the basis for decisions about whether to sustain or scale up existing efforts.” RAND is also working with the DoD to craft recommendations on how the DoD might develop a strategic agenda for future research on suicide prevention.

The DoD provides extensive training for its non-commissioned officers (NCOs) on how to identify and intervene with people at possible risk of suicide. In fact, these “gatekeeper” programs are common suicide prevention programs throughout the United States.

In work for the DoD that is nearing completion, RAND surveyed more than 1,000 Army NCOs and close to 1,000 Marine NCOs to learn whether they are confident serving as gatekeepers, and what might prevent them from intervening with those at risk. We also surveyed Army chaplains and chaplain assistants, who are often the persons service members in crisis seek out for help because they offer confidentiality. This research may indicate that it is a combination of individual and cultural attributes that influence whether an NCO or chaplain refers someone in crisis to a behavioral health care provider.

In California, CalMHSA funded 12 crisis lines to enhance their services in many ways, such as expanding outreach, providing greater language capacity, and offering new ways for people to communicate with counselors, such as internet-based chat or texting. CalMHSA also funded a state-wide social marketing campaign focused on promoting gatekeeping behaviors. Hotlines and social marketing campaigns are common, but there are limited data to suggest that they help prevent suicides. RAND is helping to fill this gap with comprehensive evaluations of CalMHSA's efforts which also include funding statewide gatekeeper trainings, supporting a network of community-based providers across the state, and multiple efforts to reduce mental health stigma.

RAND is also engaged in work that helps those who have lost someone to suicide. In another study for the DoD that is nearing completion, RAND researchers have sorted through the literature that is available to help organizations and institutions respond to suicides among their employees or members. Our work aims to identify the goals of the materials (for example, help people grieve, prevent imitation suicides, or both) and the evidence to date about how effective the recommendations are at achieving their goals.

While our research has taught us many things about suicide prevention — and we are continuing to pursue research in other areas — we think additional research is critically needed in two areas. The first is gun control. Fifty percent of suicides are caused by a firearm, and over 60 percent of all deaths caused by firearms are suicides. However, as my colleagues have noted, research on firearm violence, including that which is self-directed, has been scant since 1996, when the House of Representatives removed from the Centers for Disease Control and Prevention funding for firearm injury research. The evidence is convincing that restricting the means of suicide is critical to preventing suicide, but we still need to learn more about the effects background checks, safe storage of firearms, and even gun design have on suicide rates.

The second area is the quality of behavioral health care available to those who need it. We know that certain pharmacotherapies and psychotherapies are effective at improving mental health and even reducing suicide. While research is needed to develop new treatments, we also need to study the extent to which those who access this care are receiving the care that we know works. But further, we need translational research to encourage community-based providers to adopt evidence-based practices, and consumers to demand evidence-based care. Improving the quality of behavioral health care is critical to preventing suicide in the United States.

RAND is well positioned to continue to do this research with the conviction that suicide among U.S. troops can be prevented. Like many Americans, I will be spending this Memorial Day at a family picnic welcoming the summer season and taking a break from work. But while doing so, I will also take the time to remind those I am with that this is also a time to honor the service and sacrifices of our men and women in uniform. This includes honoring those whose suffering was so great that, tragically, they chose to take their own lives. These men and women deserve our respect and our commitment to do what we can to keep these kinds of tragedies from continuing to happen.

Rajeev Ramchand is a behavioral scientist at the RAND Corporation and a professor at the Pardee RAND Graduate School.