Saved by the Diaspora 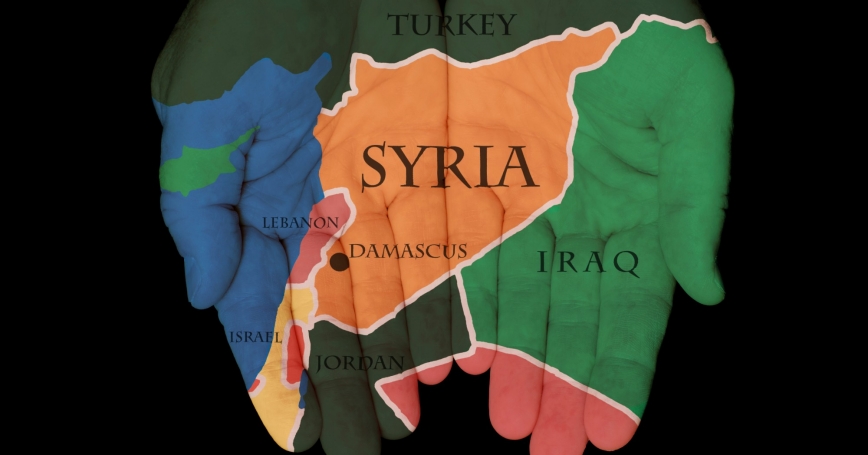 President Bashar al-Assad's fall is inevitable, but Syria's subsequent collapse need not be. Syria's sizable émigré community has so far remained far away from the devastation, waiting in cities like Paris and London to see where the political chips will fall. But, by taking a more active role, the diaspora can help to end the conflict at home — and to rebuild in its wake.

According to the Syria's Ministry of Expatriates, more than 18 million Syrians — including Sunni, Christian, and Alawite professionals and business leaders — live abroad, largely in North and South America and Europe. Some left to pursue a better life or a better education; others established second homes abroad that have now become their primary residences. It is time that this community used its considerable means and influence to help shape Syria's future.

Assad has managed to remain in power because of support from the security services and the Alawite minority, which fears marginalization or reprisals should Assad's regime be replaced by a Sunni-dominated government. As a result, much of the Sunni majority blames the Alawites for prolonging the violence by blindly backing Assad, rather than using their social, political, and financial capital against it.

The diaspora includes many well-connected Alawites, some of whom have strong ties to Assad's base of support and who could help to hasten the conflict's end by encouraging more Alawites inside Syria to break with the regime. In doing so, they could lay the groundwork for a prosperous future for all Syrians.

Moreover, much of the diaspora retains strong professional and personal ties with Syria through the media, social networks, and business. Syrians abroad should strengthen their relations with Syrians back home, many of whom view them as out of touch, and leverage these links to make a difference.

Some already seem to be moving in this direction. For example, Ayman Asfari, the billionaire son of a former Syrian diplomat, is currently CEO of Petrofac, an oil and gas services company headquartered in London, but retains close ties with those in Syria. The Asfari Foundation has established an institute at the American University of Beirut focusing on civil society and citizenship in the Arab world and is closely monitoring the Syrian crisis.

Another prominent diaspora member is billionaire Wafic Saïd, after whom Oxford University's business school is named. According to press reports, Saïd is a family friend of Assad's British-born wife, Asma, but has cut off contact with her. Through a British lawyer, he attempted to persuade Assad to end the bloodshed. In an email to Assad's father-in-law, a London-based cardiologist, Saïd wrote that “the current situation in Syria is simply unacceptable and the continuing killings and violence are indefensible.”

A two-day conference held in March in Cairo, funded by wealthy Alawite businessmen, provided an encouraging glimpse into the potential benefits of diaspora involvement. Some of the roughly 150 pro-rebellion Alawites who attended the conference traveled from their homes in Syria; others were expatriates, including activists and religious leaders who had been forced to flee Syria for supporting the revolution.

The delegates — joined by several Sunni opposition members — denounced Assad and declared their unwavering support for a united, democratic country that would offer full citizenship to all Syrians, regardless of sect or ethnic background. “Depriving the regime of the sectarian card is crucial for its ouster,” the conference's organizing committee noted.

If Alawites and Sunnis living abroad can stand united against the Assad regime, so can their counterparts inside Syria. By setting an example of coexistence, they can mitigate the fears of Alawites in Syria that deserting Assad would facilitate the rise of an anti-Alawite Sunni regime. The faster Assad loses his base, the faster the violence will end — and the sooner Syrians can begin to build a more harmonious and prosperous society.

Indeed, the diaspora can offer more than influence; it can play a pivotal role in rebuilding Syria's economy. To this end, the Syrian National Coalition (SNC), the main Western-backed opposition group, should do more to encourage wealthy Syrians abroad to invest in the country's reconstruction and economic development, inviting them to help plan a post-Assad Syria predicated on economic growth, reconciliation, and transparency.

Should the Syrian diaspora not fund Syria's reconstruction, non-Syrians will reap the benefits of regime change. Qatari and Turkish firms are already lining up to get a piece of the pie, and their Russian, Iranian, and Chinese counterparts are not far behind. That prospect should trouble all Syrians.

Moreover, by ensuring that their investments are transparent and benefit all Syrians, the diaspora can help to end kleptocracy in Syria. For decades, a close-knit, largely Alawite network of Assad loyalists has seized most of Syria's wealth. The most notorious example is the Makhlouf family, led by the reviled Rami Makhlouf, Assad's cousin and Syria's wealthiest citizen, who once controlled 60% of Syria's economy.

The international community and the SNC should encourage the diaspora to become involved in preventing such corruption in the post-Assad era by providing assurances to safeguard their business interests in Syria's reconstruction, thereby boosting investor confidence. Alawite investors' active pursuit of a more transparent, inclusive system would bring the added benefit of generating goodwill among those who blame Alawites for previous inequities.

British and French diplomats working with the SNC should create a discreet conduit to the Alawite diaspora. The United States, Qatar, and Turkey — the opposition's most important allies — should help to create a committee of influential diaspora business leaders to discuss the postwar transition with the SNC and renewed investment in Syria's economy.

With the economy in tatters and Syrians in Syria giving their lives for the chance to build a better future, Syrians abroad have an important opportunity — and responsibility — to help end the violence and contribute to the country's political, economic, and social renewal. The diaspora have left their country, but they must not abandon it.

Wasif Syed is a policy analyst specializing in Middle Eastern Affairs at the RAND Corporation.