Searching for Clues on the Brothers Tsarnaev 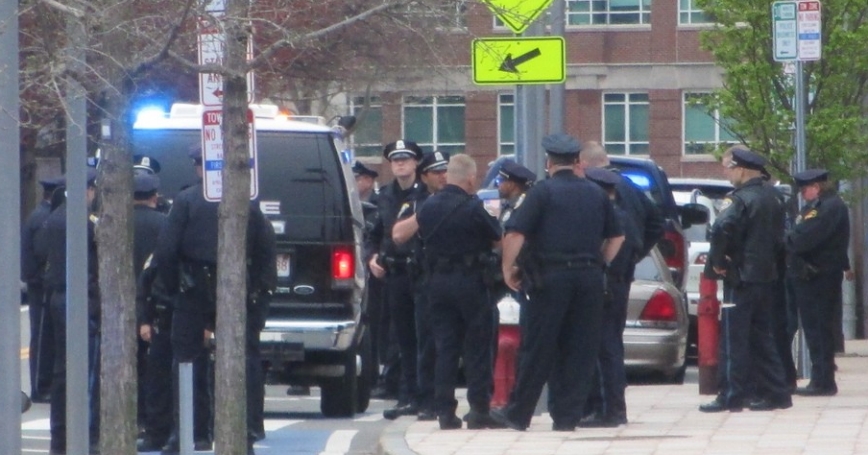 Dzhokhar Tsarnaev's high school and college classmates cannot believe he could be responsible for the Boston Marathon carnage. They describe him as kind, friendly and popular. He likes rap, marijuana and had a great time at his senior prom. He was a good student who won a college scholarship. There is no reason to think of him as anything other than a normal teenager — except, of course, the allegations that he and his brother Tamerlan placed explosives near the marathon finish line, killing three and gravely wounding scores, and the manhunt that left Tamerlan and a police officer dead, and Dzhokhar and another officer severely wounded.

As authorities gathered the pieces of this puzzle, one seemed to take the shape of the republic of Chechnya, in Russia's restive North Caucasus region. The Tsarnaev family is ethnic Chechen, though neither brother grew up in the republic. Chechnya is perhaps best known in the West for two recent wars against Russian rule. One ended in 1996 and succeeded partially. The second began in 1999 and failed utterly. In the process, what had been a largely secular separatist movement increasingly took on overtones of religious extremism, forcing those other perspectives out or into cooperation with the Russian government.

Chechnya today is comparatively calm, with former warlord Ramzan Kadyrov in charge of an authoritarian local government beholden to Moscow. In the meantime, the rest of the North Caucasus, and especially Dagestan, where the family has lived and where Dzhokhar's parents now reside, has become more violent as Islamist radicals attack government personnel and facilities, Muslim religious leaders who don't agree with them, and civilians. They also carry out occasional terrorist attacks outside the region. Since 2007, these radical groups have been united as the Caucasus Emirate.

From the start, the links between Chechnya and the Boston bombing were questionable. The Tsarnaev family came to the United States more than a decade ago, after spending many years in Kyrgyzstan, where Dzhokhar was born. Dzhokhar did not appear particularly religious; Tamerlan is said to have become increasingly devout in recent years. Their friends and family did not think them political. Yet, it turns out that both young men allegedly visited radical jihadi websites. Russian authorities were sufficiently suspicious of Tamerlan that they asked their U.S. counterparts to investigate him in 2011. While at the time the FBI found nothing out of the ordinary, the story that has now emerged is of a troubled and radicalized young man manipulating his adoring younger brother.

The Caucasus Emirate denies any connection to the Tsarnaevs. This is not surprising. If the Boston Marathon bombing had been authorized or supported by radicals in the North Caucasus, it would have marked a substantial change in these groups' modus operandi. North Caucasus-based Islamist groups have a jihadi worldview and ties to jihadis elsewhere, but they have primarily acted locally, within Russia. Although Chechen radicals have fought and carried out attacks abroad, the United States has never been a target. Moreover, there is no evidence of much sympathy for radicalism in Chechen diaspora communities in the United States.

It appears the Tsarnaev brothers were angry about U.S. foreign policy, not events in the North Caucasus. They had no links to the Caucasus Emirate or other radical groups. This raises a different set of concerns. Modern technology and networking means that a person with any given interest, whether trombone-tuning or bomb-making, can find an affinity group spread across the world to share opinions, get advice and help plan activities. Thus, one doesn't need a clear link to a global terror group to carry out an attack; one needs only the resources, the means and an Internet connection. But the global nature of these communities and their online links also create openings police can exploit. Law enforcement and intelligence cooperation between the U.S., Russia and others ensures that groups and issues of concern are monitored and information shared to enable quick response — such as the 2011 interviews with Tamerlan. Aspiring terrorists are therefore often caught as they plot.

Such cooperation is crucial and must be stepped up and improved. But we can't expect it to solve everything. The Tsarnaevs visited websites but kept their intent and their reasons private. They, particularly Dzhokhar, lived everyday lives while allegedly planning the gruesome Boston Marathon attack.

We have ways to protect ourselves from those who reveal their violent intentions and their reasons, though we can and must get better at it. We are less prepared for “normal” college kids willing to do the unthinkable.

Olga Oliker is associate director of the International Security and Defense Policy Center at the nonprofit, nonpartisan RAND Corp.

This commentary originally appeared in Chicago Tribune on May 5, 2013. Commentary gives RAND researchers a platform to convey insights based on their professional expertise and often on their peer-reviewed research and analysis.