The Cost of Dementia: Who Will Pay? 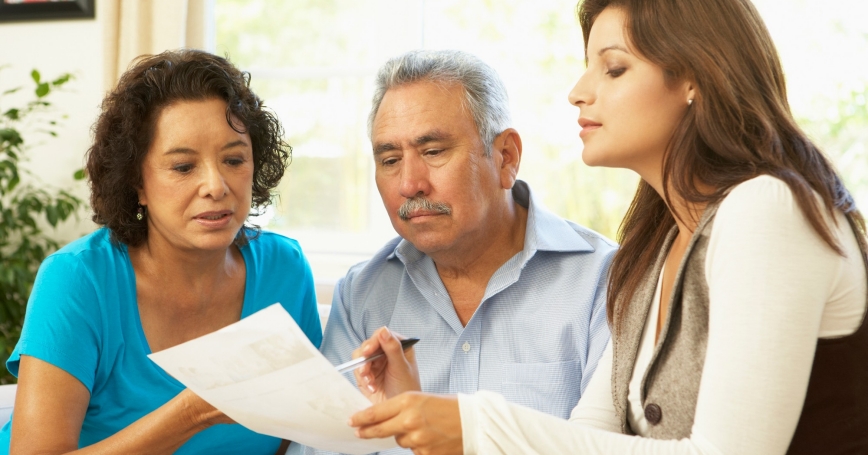 Dementia is a chronic disease of aging that robs people of cognitive function, leaving them unable to tend to even the most basic activities of living. But demented persons can live for many years, incurring long-term care bills that can leave surviving spouses impoverished and estates depleted.

In a study published recently in the New England Journal of Medicine, my colleagues and I reported that the total costs of paying for care for seniors with dementia in the United States are expected to more than double by 2040. Medicaid pays these costs for the poor, and some people have private insurance. But for large numbers of elderly Americans, dementia brings not only human suffering but financial ruin as well.

Designing and building a program to protect Americans from the cost of dementia care is a daunting and expensive task, one that probably cannot be accomplished without the help of the federal government. The federal government has broad experience in creating health safety nets and has been expressing concern over the state of the nation's long-term care systems for some time now. If Congress and the administration need a reason to act, our numbers on costs can provide it.

Currently, some 15 percent of Americans 71 or older have dementia. That is about 3.8 million people; a large number to be sure, but one that will pale by comparison to the 9.1 million expected to be suffering from the disease by 2040.

Our report, The Monetary Costs of Dementia in the United States, estimated that in 2010 Americans spent $109 billion for dementia care purchased in the market place, like nursing home stays. Factoring in the costs of informal care—provided by family members or others outside of institutional settings—the total cost of caring for dementia patients grew to between $159 billion and $215 billion.

As the U.S. population ages in the coming decades, we can expect these costs to continue to escalate. Even if we assume that dementia's prevalence stays at the current rate and the cost of care per person does not go up, our research showed that by 2040 total costs will have soared to between $379 billion and $511 billion as measured in today's prices.

We estimated that the average cost per case in 2010 was between $41,000 and $56,000, but this average conceals a great deal of variation from family to family. A large majority of Americans will not face large costs for dementia care. Many patients will have their care covered by Medicaid or private long-term care insurance, or their stays will be short and relatively affordable, or for some other reason they will avoid serious hardship.

Yet, a minority of families will face financially devastating costs because of very long nursing home stays. This calls for an insurance-style solution, one in which the costs of long-term care could be spread across the entire population rather than being concentrated on the unlucky few.

Insurance companies are probably not going to step into the void because the costs associated with these extreme cases are quite uncertain. But the federal government could take it on and, in fact, has crafted similar solutions in the past.

For example, in 2006, Medicare Part D was partly enacted to protect seniors from the high out-of-pocket costs of expensive medicines such as exotic prescription drugs for cancer and other diseases. The program was designed to help all seniors, but especially those with prescription drug bills large enough to impoverish them.

As recently as 2010, the federal government sought to create a long-term care safety net for the aging population. The Community Living Assistance Services and Support Act, the CLASS Act, was enacted as part of President Obama's health care reform package. The CLASS Act was supposed to do something for seniors by setting up a self-funded and voluntary long-term care insurance program. But, last year, the administration determined that implementing the law would be too expensive and it was abandoned.

It is time for the government in partnership with industry to return to the drawing board to craft a plan that will provide protection for the more than 9 million people who will need care for dementia by 2040. Until it does, too many Americans will be forced to spend themselves into poverty.

Michael D. Hurd is a senior principal researcher at the RAND Corporation, where he directs the RAND Center for the Study of Aging.

This commentary originally appeared on The Health Care Blog on April 30, 2013. Commentary gives RAND researchers a platform to convey insights based on their professional expertise and often on their peer-reviewed research and analysis.