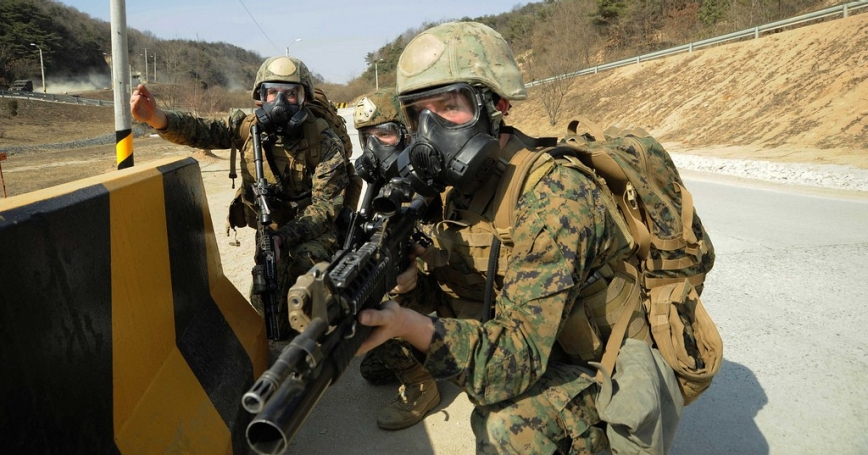 So now what? The pressure for doing something to remove the threat posed by chemical weapons stockpiles is mounting, but there are no good options. The U.S. could selectively provide additional arms and support for President Assad's foes, carefully avoiding those with al-Qaida affiliations. It could demand further investigation by international authorities, which could take months to approve and mobilize. Or it could launch a risky military intervention, with or without the help of allies, in the midst of a civil war.

Perhaps the worst thing the United States could do, though, is nothing.

What happens next in Syria could sketch the outlines of a broader strategy for confronting situations in which countries with weapons of mass destruction face armed rebellions, civil wars or political upheavals that threaten the disintegration of the state itself. Dealing with chemical weapons in Syria is a complicated and dangerous task, but nowhere near the challenge of securing a nuclear arsenal in a country consumed by crisis. How the international community responds to Syria's chemical weapons could have implications should an intervention become necessary in a nuclear-armed state like North Korea.

The most dramatic example of a nuclear state facing a political shake-up is the collapse of the Soviet Union, but that was not the result of an armed rebellion – the army remained intact, while soldiers obeyed orders and continued to protect the country's huge arsenal of nuclear (as well as chemical and biological) weapons, at least as far we know.

It is a different story when armies divide and the chain of command is broken, or when the situation descends into chaos. At that time, weapons security can no longer be said to exist. The ability of external actors to understand and influence developments amid such upheaval is likely to be very limited. The United States has extraordinary intelligence capabilities, but the fog of war is thick.

Surprises happen, as the experience in Syria clearly shows. Two years ago, few thought that protests against the Assad regime would escalate into civil war. Every situation is unique, highly dependent on the facts on the ground. Events can move very quickly. Loyalties on both sides can be fluid. Perhaps the most important question with regard to chemical weapons in Syria, as it would be should a nuclear power descend into political upheaval, is: Who controls the weapons?

Crises demand prompt action. In Syria, red lines have clearly been crossed with the deployment of chemical weapons. But do we know who is in charge of these weapons? Assuming that the chemical attacks were carried out by government forces, was Assad himself in control or are they being controlled and deployed by local commanders desperate to destroy the rebellion? Are all the chemical weapons in one place, or are they more likely deployed among a number of military units or scattered across the country?

Foreign interventions seeking to neutralize weapons of mass destruction are complex and fraught with extraordinary risk. Hostility can be depended on, probably from all sides. Internationally sanctioned, multilateral efforts would be preferable but, absent a standing force, they are not easy to assemble and difficult to coordinate. And do the intervening forces risk moral liability if their attempts to recover or destroy weapons were to lead to the deaths of enemy soldiers, friendly forces and civilians?

Syria could be a test that could yield new understanding of how best to respond to political crises that involve weapons of mass destruction, including nuclear weapons. There are serious concerns about upheaval in nuclear-armed North Korea. There are worries about the future stability of Pakistan, a country with perhaps 100 nuclear weapons. Although Iran is not believed to have nuclear weapons yet, the country has a significant nuclear program with components and material that could be dangerous in the wrong hands. Compared to the scenarios that could arise in these countries, Syria might be viewed as easy.

Brian Michael Jenkins is senior adviser to the president of the RAND Corporation and author of the new eBook, When Armies Divide: The Security of Nuclear Arsenals during Revolts, Coups, and Civil Wars.

This commentary originally appeared in U.S. News & World Report on May 1, 2013. Commentary gives RAND researchers a platform to convey insights based on their professional expertise and often on their peer-reviewed research and analysis.