The War on Terror Must End — but Not Yet 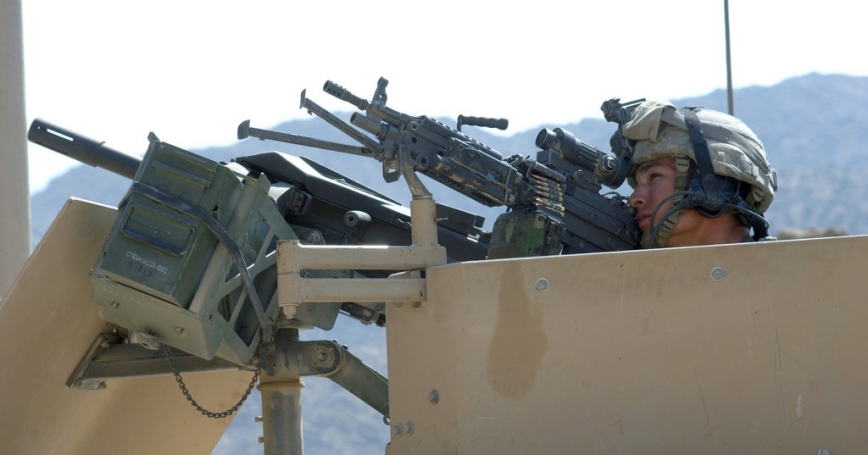 President Barack Obama has made an important point: The U.S. war against al Qaeda, “like all wars, must end.” I have written previously about my concern that the United States' global counterterrorism campaign had become a never-ending war. But the president's speech last week did not tell us how and when this war can end, so it is best seen as a milestone, not an endpoint.

While unending war is clearly bad for a republic and dangerous to U.S. security, the trickier task is defining the conditions that, when met, tell us that the war against al Qaeda is over. The United States does not have the privilege of deciding unilaterally when it ends: The enemy gets a vote too. And some of the U.S. policy choices in the Middle East and South Asia could make ending it harder.

Consider Iraq, which is increasingly split by sectarian strife, under attack from a resurgent al Qaeda in Iraq, and struggling with a difficult transition following the U.S. withdrawal. Or Afghanistan, where the Taliban understand that they can wait the United States out because of the administration's public announcement of its intention to withdraw U.S. troops in 2014. Or Libya, which has been fraught with unrest and radicalization after Muammar al-Qaddafi's ouster. In all three cases, the United States seems to have simply decided at a certain point that it had invested enough blood and treasure in the conflict.

Yet the president's speech offered some of the most forceful and persuasive discussions of this war's nature that he has given during his tenure. Obama administration officials often speak of “violent extremism” rather than Islamist radicalism. But Obama was blunt and accurate in his speech: “Most, though not all, of the terrorism we face is fueled by a common ideology — a belief by some extremists that Islam is in conflict with the United States and the West and that violence against Western targets, including civilians, is justified in pursuit of a larger cause.”

Still, there seemed to be a mismatch between the president's rhetoric and his policies. He said America “must finish the work of defeating al Qaeda and its associated forces” and then, two sentences later, added that “our troops will come home” from Afghanistan. There appear to be similar disconnects between other elements of the administration's Afghanistan strategy over the last three years — a publicized withdrawal deadline detached from realities on the ground, inconsistent attempts to negotiate with the Taliban, and carte blanche to Pakistan even as it supports the Taliban — and the president's articulated goal of completing the defeat of al Qaeda and its Afghan allies.

The same mismatch may arise when it comes to soft power. “Force alone cannot make us safe,” the president said. “We cannot use force everywhere that a radical ideology takes root.” If so, this administration should seek to invest more in soft-power tools. The State Department's new Bureau of Conflict and Stabilization Operations remains underfunded, for example, and the Civilian Response Corps has not yet lived up to its initial promise.

The president made a particular point of defending foreign aid, which he called “fundamental to our national security, and any sensible long-term strategy to battle extremism,” yet U.S. worldwide economic assistance fell almost $7 billion from 2010 to 2011, according to the U.S. Agency for International Development's “green book” of overseas loans and grants. The relative lack of governance and reconstruction assistance in Afghanistan has long been the weak pillar of U.S. strategy there. Obama also called for “patiently supporting transitions to democracy in places like Egypt, Tunisia, and Libya,” but the United States has done too little to help post-conflict Libya after helping overthrow the Qaddafi regime.

A final point of the speech that bears scrutiny is the implication that invading countries is never a viable option: “Invasions of these territories lead us to be viewed as occupying armies, unleash a torrent of unintended consequences, are difficult to contain, and ultimately empower those who thrive on violent conflict.” The result of putting more boots on the ground, Obama continued, “would be more U.S. deaths, more Black Hawks down, more confrontations with local populations, and an inevitable mission creep in support of such raids that could easily escalate into new wars.”

Not all interventions end in the downing of a Black Hawk or a shootout in a Third World slum. I call this the “Somalia fallacy,” the unjustified belief that the botched 1992-1993 intervention in Somalia is a blueprint that accurately predicts how all interventions in failed states will play out. In fact, almost none do. There now seems to be a similar Iraq fallacy — the belief that interventions will necessarily be badly mismanaged and provoke an insurgency, when, again, very few actually do.

That aside, the president appears to be refuting an argument that no one makes: No one is saying that invasion to topple a regime is the only option for dealing with terrorist safe havens. Invasion may be necessary in some circumstances — as it was in Afghanistan — but not in others. War is never preferable, but it may sometimes be necessary and, sadly, the most effective option.

Obama's statements jibe with a popular, if misguided, strain of security studies: that the fundamental nature of war has changed because of technology and globalization, which might explain his preference for drones. Yet strategically, war is and always has been lethal statecraft — nothing more and nothing less. Tactically, it is and always has been the attempt to make men kill each other in an organized fashion. In the face of such harsh truths, it is premature to declare the end of a war that terrorists may choose to continue to wage against the United States for a long time yet.

Paul Miller is a political scientist at the nonprofit, nonpartisan Rand Corp. He is a former CIA analyst and served from 2007 to 2009 as director for Afghanistan and Pakistan on the White House's National Security Staff.

This commentary originally appeared in Foreign Policy on May 31, 2013. Commentary gives RAND researchers a platform to convey insights based on their professional expertise and often on their peer-reviewed research and analysis.