Thinking Through Options on North Korea 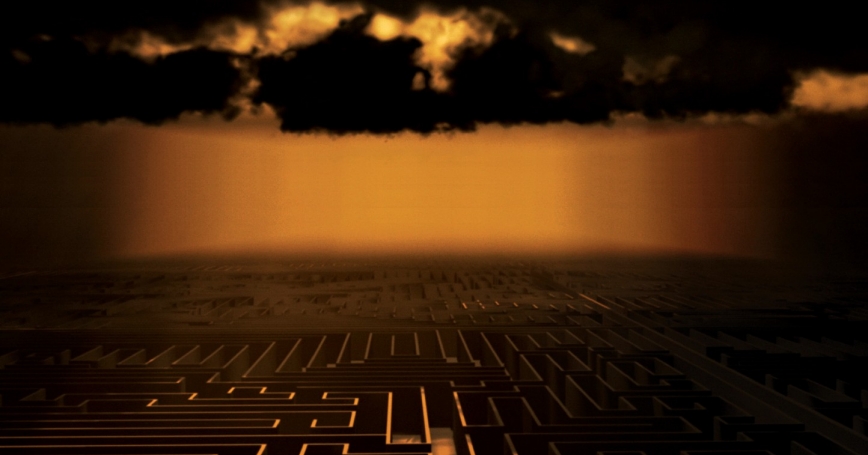 As history shows, new nuclear states such as North Korea usually probe the limits of their power and test how other international actors respond. But consider this: Once escalation starts, it can be extremely difficult to control.

North Korea has captured global attention with its provocative behavior in recent months, the latest being this week's sentencing of US citizen and tour leader Kenneth Bae to 15 months of hard labor. Secretary of State John Kerry, during a recent visit to Seoul, vowed that “the United States will, if needed, defend our allies and defend ourselves.”

But after issuing threats, conducting nuclear tests, and launching missiles, what will North Korean leader Kim Jong Un do next? The escalating tension on the Korean Peninsula is again prompting analysts to ponder North Korea's next big move, how the United States and its allies would respond, and what Pyongyang might do after that.

Predicting the next move of an adversary like North Korea is difficult to say the least, and thinking several moves out is even harder. One tool to help decisionmakers think through the options is a strategic “war game” where expert “players” are confronted with a future crisis based upon historical facts and projected enemy military capabilities.

Analysts at the RAND Corporation have been conducting research on the problems posed by nuclear-armed regional adversaries — not only North Korea, but also Iran and more far-fetched ones such as an aggressive and hostile Pakistan.

As part of this research, we invited regional scholars and civilian and military officials from the Department of Defense and the Department of State to play games in which they were asked to devise strategies and craft responses to a series of possible scenarios.

These games and additional historical research raised a series of issues which should help shape our thinking in deterring and, if necessary, fighting states like North Korea that have dangerous nuclear capabilities.

The first issue is that new nuclear states can behave provocatively as they adjust to the power of their new weapons. As history shows, they usually probe the limits of their power and test how other international actors respond. These tests have generally occurred in the diplomatic sphere, although there are some cases of limited acts of aggression. In the cases where military aggression occurred, states halted their efforts long before nuclear use would have been triggered.

Seen in this light, North Korea's current behavior is almost predictable, a textbook example of what should be expected from a new nuclear power.

The second issue raised in our games is that once escalation starts, it can be extremely difficult to control when dealing with a new nuclear power. In a surprising number of instances during our games, action taken by the US team, which it viewed as a deliberate and limited response, resulted in extreme escalating actions by adversary forces. These included the early use of nuclear weapons.

There could be a mix of reasons why controlling escalation may be difficult in real crises. One might be the efficiency with which the United States has overthrown the governments of its adversaries in recent years. These operations almost always began with an intensive air campaign to cripple strategic targets, such as leadership facilities and national-level command and control communication centers.

These types of attacks, which have become mainstays of the US military repertoire, could be perceived by adversary leaders during our games as threats to their hold on power, and therefore could prompt escalation.

An observation from our research of past operations was the extreme difficulty the US faces when it seeks to militarily neutralize an enemy's arsenal of nuclear weapons and the means to deliver them. Such a mission would require actionable intelligence about a country's nuclear infrastructure and the means to rapidly strike such assets.

The US experience in Iraq during the 1991 and 2003 wars are not comforting. In 1991, an intensive 42-day air campaign failed to prevent Iraq from continuing to launch Scud missiles. In 2003, despite 12 years of close monitoring of activities related to weapons of mass destruction in Iraq, US intelligence spectacularly overestimated Iraq's WMD holdings.

North Korea, with its skill at hiding important military facilities underground, its repressive regime, and its nearly complete isolation from the rest of the world, must be considered an even bigger intelligence challenge.

Obviously it will not always be possible to avoid the use of force and the risk of escalation. But the US and its allies cannot take the possibility of military responses against nuclear regional adversaries off the table without limiting its own strategic options, eroding its influence, and threatening its security.

This leads to another observation, which is that policy options must be designed with the perspectives and motivations of the adversary leaders in mind. The last thing strategic plans should do is lead adversary leaders to believe the use of nuclear weapons is their first, best option.

Military responses designed to deter and defeat specific acts of aggression in general would be a good start. Conventional strikes on selected targets directly associated with the military operations of threat countries might also be called for. In addition, the placement of theater missile defense systems in a region will likely be reassuring to US allies and would provide some protection for US forces.

Every scenario is different; some hostile actions may be blustery displays of strength aimed at internal audiences, while others may be serious threats to regional security. This is where finesse may outperform force. The United States, working closely with its allies, should approach each potential conflict in its own context, sculpting policy that draws on experience as well as observations made through research. The stakes could hardly be higher.

Lowell Schwartz is a political scientist at the nonprofit, nonpartisan RAND Corporation and co-author of “The Challenge of Nuclear-Armed Regional Adversaries.”

This commentary originally appeared in Christian Science Monitor on May 3, 2013. Commentary gives RAND researchers a platform to convey insights based on their professional expertise and often on their peer-reviewed research and analysis.