Turkey and Intervention in Syria 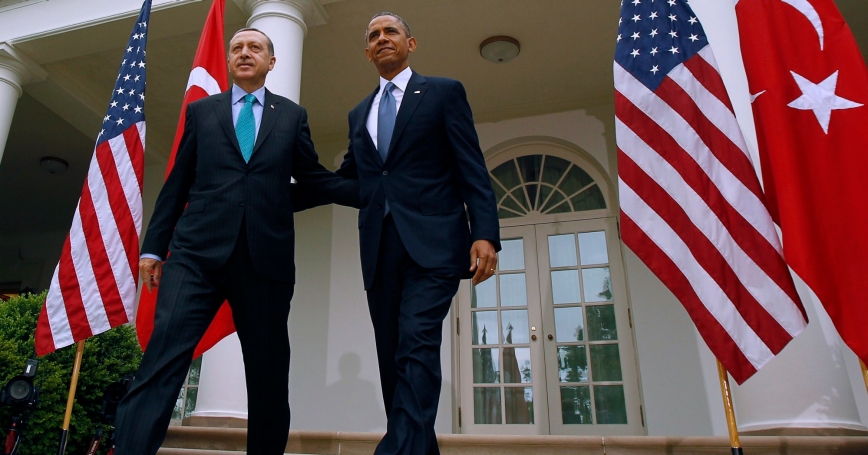 When President Obama and Turkish Prime Minister Recep Tayyip Erdogan meet in Washington on Thursday, a long list of topics will likely be on the table. Turkey plays a very important role in many of the issues that matter in Washington: Middle East peace, counter-terrorism, Iran sanctions, and NATO operations in Afghanistan. There is also Turkey's possible breakthrough deal with the PKK to talk about.

The big question, however, is whether anything substantive comes from their discussions of Syria, which Obama also discussed with British Prime Minister David Cameron on Monday. While Erdogan has made clear his frustrations with the lack of action by the United States in Syria, public support in Turkey for intervention has been tepid at best.

President Obama may opt to press for Turkish guarantees of military, political, and financial support for an intervention. Turkey is well positioned to take the lead in an intervention, provided U.S. backing. Obama might rightly ask why the United States should support an intervention in Syria if Turkey is not willing to take on more of the burden.

During the intervention in Libya two years ago, France and Britain convinced U.S. officials that intervention was necessary, and that they were prepared to bear the brunt of the costs. Turkey has pushed for a greater U.S. role in Syria, but has given fewer promises about what it would be willing to do if an intervention did take place.

Christopher Chivvis is a senior political scientist at the nonprofit, nonpartisan RAND Corporation and author of the forthcoming book 'Toppling Qaddafi.'