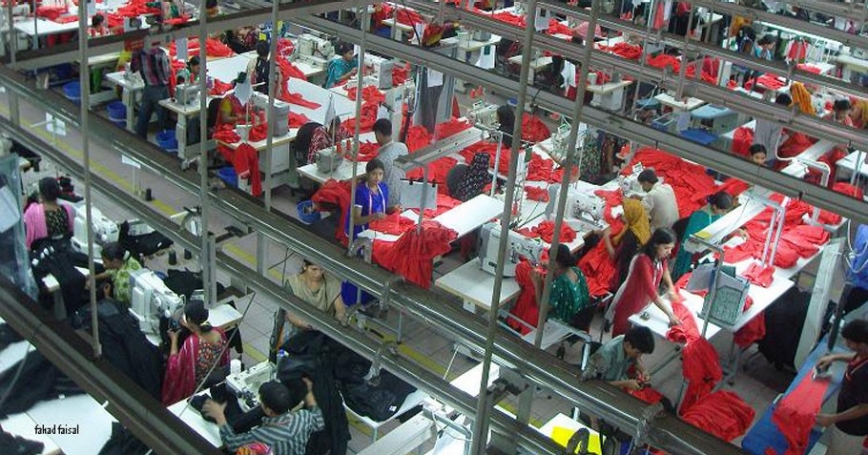 Two man-made tragedies have shaken Bangladesh recently: riots over Islamist demands for blasphemy laws and the garment factory collapse. Bangladesh's response to both will show how well it can meet citizens' needs. US retailers must also take responsibility for factory conditions.

Fairly or not, Bangladesh seems to make international news only at moments of tragedy.

Much of the misery that afflicts this teeming South Asian nation has been beyond human control. Since 1980, nearly 200,000 people have been killed in natural disasters, and more than 10 million Bangladeshis are affected by such events on average each year. Tropical Storm Mahasen hit coastal areas earlier today, killing 12 people, destroying thousands of homes, and forcing as many as a million people to flee the area.

But perhaps most tragic of all are the disasters that are wholly preventable: the deaths, maimings, and crushed livelihoods that result from human callousness or indifference.

In recent weeks we have seen two very different examples of such man-made tragedies: riots stemming from Islamist demands for anti-blasphemy legislation, and the collapse of an eight-story textile factory complex. Bangladesh's response to these events will demonstrate the extent to which the nation's political class is able — or willing — to address the pressing needs of its citizens.

The most recent deaths, more than 20 so far, have come from repeated clashes between security forces and advocates of a strict new anti-blasphemy law. Bangladesh is a predominantly Muslim nation, but over one-tenth of its 163 million citizens practice other faiths (the vast majority of citizens belonging to a religious minority are Hindu).

The constitution of Bangladesh defines the nation as a secular democratic republic. Unlike nations such as Saudi Arabia (where sharia is the official law of the land), Bangladesh is not legally an Islamic state. The Islamist group Hefajat-e-Islam, which is spearheading the protests, demands that the constitution be amended.

Among the group's demands are the enforced separation of men and women and imposition of the death penalty for insults to the prophet Muhammad.

Bangladesh seems an odd site for the first of these demands. For more than three decades, the country's political life has been dominated by two women. Current Prime Minister Sheikh Hasina and former Prime Minister Khaleda Zia are bitter rivals, and have traded tenures in office (with only brief interludes) ever since 1991.

The protests have not been linked to political partisans, but street protests in Bangladesh are a common avenue of political action. Ms. Khaleda Zia's last government included the Islamist party Jamaat-e-Islami Bangladesh and the even more radical Islami Oikya Jote.

Precisely how either of these two female prime ministers could administer a gender-segregated government does not appear to have been outlined by the protesters. Presumably, Hefajat leaders would not be keen on the most logical work-around — an administration from which all males were legally excluded.

While forced seclusion of women seems a very remote prospect, passage of anti-blasphemy legislation is a more realistic possibility. Before Bangladesh goes down that path, it might wish to look at the track record of such laws in the nation from which it achieved its independence — Pakistan.

Officially designated an “Islamic Republic” by its constitution, Pakistan has some of the world's strictest laws against defamation of the prophet, offense to the Quran, and other insults to religion in general, and to Islam in particular. While all recognized faiths are theoretically protected by at least some of the anti-blasphemy provisions, prosecutions and punishments have been largely directed against Pakistan's small (perhaps 4 percent) population of Christians and Ahmadiyya.

Of the hundreds of cases brought in Pakistan, it is unclear how many (if any at all) have involved genuine instances of blasphemy. By far the most common scenario is for a person involved in a property dispute to accuse his enemy of blasphemy. Few of these cases result in conviction, but many result in deaths by vigilante mobs.

In 2011 alone, Governor of Punjab Salman Taseer (a Muslim) and Minister for Minorities Shahbaz Bhatti (a Christian) were assassinated for their willingness to criticize Pakistan's blasphemy laws.

While rioters launch bloody protests against a phantom problem, Bangladesh faces a very real problem that would merit nationwide protest: the corruption and lack of government enforcement that lay behind the April 24 collapse of the Rana Plaza factory complex. The death toll exceeds 1,100, and more bodies are still being pulled from the rubble.

Unsafe working conditions are routine in Bangladeshi factories, particularly in the textile industry — a sector that accounts for some three-quarters of the nation's exports. Many of the workers at Rana Plaza made barely $37 a month, stitching garments that wind up on racks in Europe and the United States.

Was corruption a cause of the collapse? The engineer who advised the building's owner warned of unsafe conditions, but only long after he guided the construction of an illegal three-story rooftop addition to the factory. The engineer, the local mayor (who is accused of greasing the regulatory wheels), and the owner himself have been arrested.

If corruption did indeed lie at the root of the disaster, it was bipartisan: The owner was a major contributor to the governing Awami National Party, while the mayor belongs to the opposition Bangladesh Nationalist Party.

That kind of corruption is something worthy of protest — both in Dhaka, and everyplace that people wear garments made in Bangladesh.

In Bangladesh, the government should be doing more to protect its people from preventable risks like politically motivated riots and unsafe work places. It has proposed legislation improving working conditions, but there is little reason to believe that new laws will succeed where existing laws have failed. A more promising approach to addressing unsafe working conditions in Bangladesh's factories comes from the retailers themselves.

Western press accounts have reported that many brands of T-shirts and blue jeans popular with American and European consumers are made in Bangladeshi factories no more safe than the Rana facility. Since the Bangladesh factory collapse, more than a dozen European companies, including large retailers like Benetton and H&M, have formed an international accord that requires manufacturers to institute a strict code of conduct for the contractors in their supply chain. They have also agreed to abide by a comprehensive set of factory reforms.

So far only two US clothing retailers have joined them — Abercrombie & Fitch and PVH Corp, which owns Calvin Klein. Most other major US retailers (including the Gap, Target, and J.C. Penney) have said they would not sign the accord, citing fears that the agreement would put them in a position of excessive legal liability where they might be sued by international labor groups in US courts. But Wal-Mart has announced its own set of inspection procedures, and Walt Disney Company has decided to pull out of Bangladesh entirely.

And the National Retail Federation — the largest such association for US firms — has said it would prefer to create an alternative agreement to what NRF president Matthew Shay calls the “one-size-fits-all approach” of the current accord.

Though most major American firms have declined to sign the agreement, they should. If European companies can make a healthy profit without relying on unsafe factory conditions, American firms can, too.

The recent bloodshed and loss of life are fresh minders of this critical public responsibility.

Jonah Blank is a senior political scientist at the nonprofit, nonpartisan RAND Corporation, and former policy director for South and Southeast Asia on the staff of the US Senate Foreign Relations Committee.

This commentary originally appeared in Christian Science Monitor on May 16, 2013. Commentary gives RAND researchers a platform to convey insights based on their professional expertise and often on their peer-reviewed research and analysis.