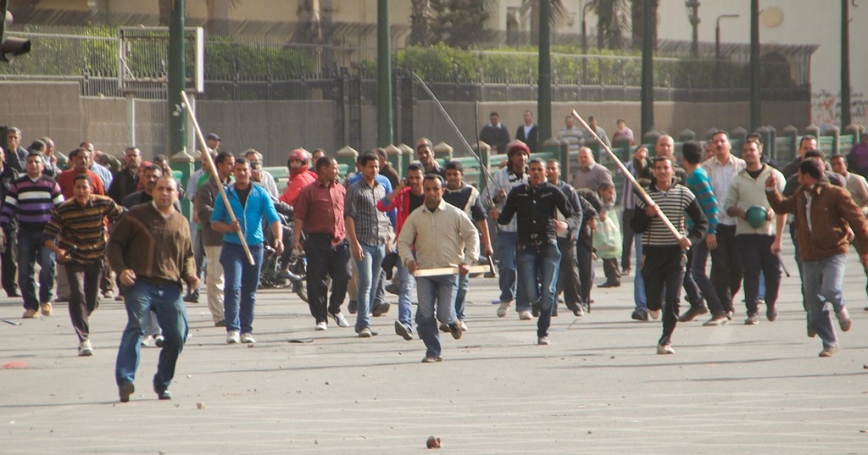 This Sunday marks the latest installment in Egypt's telenovela-style transition. Following parliamentary elections that were later overruled on a legal technicality, a controversial constitution, and seemingly endless Friday demonstrations comes the “Rebel” campaign. Rebel, or Tamarud, is a petition drive aimed at ousting President Morsi by collecting more signatures calling for his resignation than the number of votes he received in the 2012 elections. On June 30, the organizers will take to the streets in a rally that is likely to touch off clashes with security forces and Morsi's supporters, adding to Egypt's chaos and dysfunction.

The Rebel campaign, which has support from civil society groups like April 6th, political movements like Hamdeen Sabahi's Popular Current, and prominent politicians like Amr Mousa, claims to have collected more than 15 million signatures from Egyptians demanding that Morsi step aside in favor of early elections. In an open letter to the president, the Rebel campaign threatened Morsi to “leave voluntarily or prepare for revolutionary trial.” It has accused those seeking reconciliation with Morsi of betraying their fellow Egyptians, who have already decided on his removal.

Two and a half years of continuous revolution has not brought the country many tangible benefits. Crime has skyrocketed, the economy is in crisis, and public services are lacking. In a chilling illustration of Egypt's crumbling law and order, earlier this year mobs twice lynched suspected criminals in al-Sharqiya governorate, and on June 23 another mob attacked a Shi'a gathering in Giza governorate, beating four individuals to death on account of their beliefs. Not surprisingly, recent polling shows that roughly the same ratio of Egyptians believe they were better off under Mubarak as think that the 2011 revolution improved their lot.

Politics may be competitive for the first time in Egypt's modern history, but the results are disheartening. Islamists are largely going it alone after being spurned by non-Islamist forces that are happy to see Egypt burn so long as it dims the political star of the Muslim Brotherhood. Since the Muslim Brotherhood won the country's first postrevolution elections, non-Islamist groups — ranging from secular liberals to unreformed Nasserists — have been reluctant partners in governing post-Mubarak Egypt. This is borne out of a deep-seated suspicion that whatever the Muslim Brotherhood's rhetorical commitment to democracy, the group is anti-democratic and bent on taking over state institutions. To the opposition, the Islamists' references to upholding the will of the people are a euphemism for the “Brotherhoodization” of the state.

To be sure, the Muslim Brotherhood has played into this narrative by the way it has governed. Since taking power following the 2011–2012 parliamentary elections and President Morsi's victory in June 2012, the Brotherhood has acted unilaterally, particularly when it has perceived itself as under threat. For example, when faced with the prospect of the courts dissolving the constituent assembly (after these same courts had already dissolved the lower house of parliament), Morsi issued a presidential decree putting his decisions above judicial review. Later, when opposition members of the constituent assembly issued demands and threatened a boycott if they were not met, the Islamist majority went ahead and rammed through its preferred charter. And Morsi has not been above using his newfound power to intimidate the press or even jail opponents who insult him.

And yet, it would be too easy to say that Egypt's extreme political polarization is a direct response to the Brotherhood's penchant for majoritarianism. Non-Islamists never seriously extended their hand to the Muslim Brotherhood. Rather, after losing the parliamentary election, they opted to take their ball home, refusing to play. This didn't start with Morsi's presidential decrees or the contentious episode of constitution writing; it has been evident since the results of the elections were announced and non-Islamist parties were confronted with the reality that representative democracy would not give them much decisionmaking power — at least in the short term. Realizing that their greatest leverage came through the threat of boycott that would deny the Brotherhood the political legitimacy it sought, the opposition adopted this tactic right out of the gate. The tactic was on display as early as the initial weeks following the parliamentary elections, when the Brotherhood's Freedom and Justice Party assigned committee chairmanships proportional to the election outcome. In this case, the Wafd, which was the leading non-Islamist finisher, didn't like its initial committee assignments and removed itself from the process in protest.

Since then, the Islamists and the opposition have played out this scene numerous times. The Brotherhood offers some limited power sharing approximating electoral outcomes, while the non-Islamists doubt the Brotherhood's sincerity, boycott the political process, and then carp at the Islamists' majoritarianism. The Rebel campaign is part and parcel of this strategy. President Morsi won a four-year term in internationally certified free and fair elections, but the opposition wants to remove him just a year into his term. Forget that the petition has no legal basis. Forget that the president is the only elected official in Egypt with legal standing after the Supreme Constitutional Court's annulment of the parliamentary elections. The opposition is bent on isolating the Brotherhood to reinforce the narrative that it is an anti-democratic organization.

This is Egypt's tragic self-fulfilling prophecy. Parties on both sides of the ideological divide are assuming the worst of one another and following political strategies that make those outcomes unavoidable. Until that changes — and there is no sign that it will — Egypt will continue to sputter.

Jeffrey Martini is a Middle East specialist at the nonprofit, nonpartisan RAND Corporation.

This commentary originally appeared on The RAND Blog and GlobalSecurity.org on June 28, 2013. Commentary gives RAND researchers a platform to convey insights based on their professional expertise and often on their peer-reviewed research and analysis.