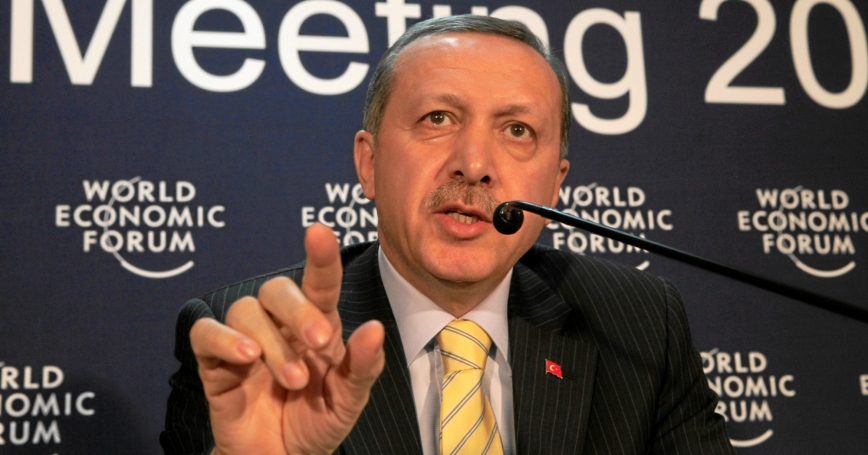 Widespread demonstrations sparked by the Turkish government's plan to build a mall and a replica of an Ottoman-era army barracks in Istanbul's Gezi Park seem to have ebbed after Prime Minister Tayyip Recep Erdoğan met with the protesters' representatives and, subsequently, ordered demonstrators to disperse. But, while the tear-gas fumes in Taksim Square may be dissipating, lingering questions about the protests there could have broader implications for Erdoğan's agenda — and for Turkey's political and social evolution.

Contrary to what Erdoğan seems to believe, the protests were more than a spontaneous outburst of pent-up rage by a motley group of malcontents. And the government-ordered police crackdown — which, in addition to tear gas, included the use of water cannon and rubber bullets, as well as the detention of demonstrators, journalists, and medics — has tarnished Erdoğan's image at home and abroad.

Nevertheless, it would be premature to write Erdoğan off, as some Western commentators have been tempted to do. After all, there is currently no viable alternative in Turkey to his Justice and Development Party (AKP) government. The opposition Republican People's Party has not won an election in four decades, owing largely to its failure to extend its voter base beyond its secular core. The AKP, by contrast, has won the last three elections and is expected to triumph in next year's poll, as well.

Moreover, there is no one within the AKP who could challenge Erdoğan. Despite speculation that moderate President Abdullah Gül could take over if Erdoğan falters, Gül lacks Erdoğan's charisma and keen political instincts, and has so far showed no sign that he intends to act.

But, while Erdoğan's grip on power remains secure, his refusal to adapt to the political shortcomings and widespread discontent that the protests exposed could undermine his agenda. In other words, the protests' long-term impact will depend largely on Erdoğan himself.

For example, he might have to abandon his plan to expand the presidency's powers, which has already provoked strong opposition even within the AKP. Continuing to pursue that goal would be risky in the current political environment, and could even jeopardize other aspects of Erdoğan's agenda.

One casualty could be the Kurdish peace process, which depends heavily on Erdoğan's ability to amend the constitution to expand the Kurds' rights. Winning the needed support will be difficult, if not impossible, if Erdoğan's stature is diminished by his handling of the protests — or by his refusal to change in their wake.

More generally, Erdoğan's behavior could undermine his standing in the Arab world, where he gained significant esteem for his strident opposition to Israeli policy and strong support for the Palestinian cause in the 2008-2009 Gaza war. In fact, his suppression of the recent demonstrations has already raised questions about the sincerity of his commitment to democracy and human rights. Such doubts could lead Arabs to conclude that Erdoğan has a double standard, one for Turkey and another for the rest of the Muslim world.

Likewise, Turkey's relationship with the European Union, which has been strained in recent years by the EU's ambivalence about Turkey's membership bid, could face new challenges. The EU has condemned Erdoğan's heavy-handed response to the protests, warning that continued violence will be detrimental to Turkey's accession chances.

But Erdoğan has dismissed the criticism, declaring that the EU needs Turkey more than Turkey needs the EU — a position shared by many Turks. If Erdoğan takes this further, engaging in EU-bashing to win nationalist support in the upcoming election, he will drive the final nail into the coffin of Turkish accession, thereby depriving both sides of the significant potential benefits of Turkey's membership.

Furthermore, Turkey's relations with the United States are likely to become more difficult to manage, with commentators in America encouraging the Obama administration to be more openly critical of Erdoğan's actions. But such a policy would probably prove to be counterproductive. Instead, US leaders should work behind the scenes to encourage Erdoğan to be more open and transparent, emphasizing the impact that sustained domestic turmoil would have on regional security and Turkey's relationships with its Western allies.

With the Syrian crisis threatening to destabilize Turkey's neighbors, especially Iraq, Jordan, and Lebanon, the last thing the US and the EU — or Erdoğan, for that matter — wants is a Turkey that is unable to play a responsible regional role, owing to internal unrest and polarization.

Safeguarding Turkey's interests — and Erdoğan's own political agenda — depends on Erdoğan's willingness to adopt a more even-handed approach to his domestic opponents. Quiet diplomacy by the US and the EU is more likely to produce such an outcome than public criticism and open confrontation.