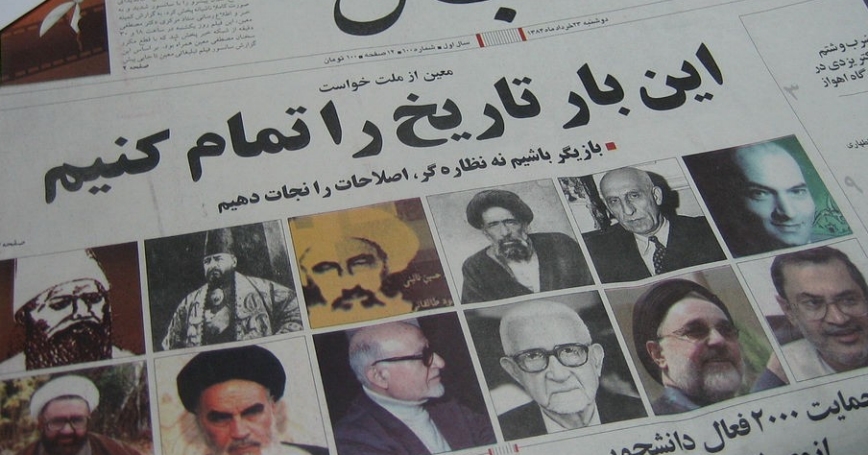 Election 2005 candidates in a Tehran newspaper

The Iranian electorate goes to the polls to select a new president this weekend, but no matter who carries the vote Supreme Leader Ayatollah Ali Khamenei will continue to call the shots in Tehran, a pair of RAND experts said.

During a conference call with reporters, Alireza Nader and Dalia Dassa Kaye, said that while Khamenei has not made clear which candidate he is backing, he undoubtedly expects the election of a president who will bow to his will.

“I think Khamenei does really want somebody who is very compliant and follows his orders to a tee and doesn't disagree with him even on small issues,” Nader said.

Nader is the author of RAND's latest perspective, “Iran's 2013 Presidential Election: Its Meaning and Implications,” in which he examines Khamenei's objectives, the regime's electoral strategy, the competing factions and personalities, and the potential implications for the United States.

Of the six candidates, most are loyal to the ruling regime. Hassan Rowhani, the last cleric in the race, is the candidate most likely to appeal to reformist voters. His chances of winning are remote, Nader and Kaye agreed.

Once the election is settled, Kaye said, the Iranian regime should expect renewed pressure from the international community to abandon its nuclear program.

“There has been, I think, somewhat of a feeling that the election enabled Iran to kind of delay the issue…. Once this election is over and settled there is going to be renewed pressure,” she said.

Though Nader and Kaye said there is little hope the election will be fair and democratic, they agreed that the leadership does not want a repeat of the demonstrations that followed the disputed 2009 elections.

“It is not a democratic election by any measure…. It is not clear that the vote of the Iranian people will even matter,” Nader added.

“While this is certainly not a free and fair election, one thing that is sure is that no one can predict the outcome,” Kaye said. “Nobody really knows who will end up on top.”