Putting the Spring in the Arab Spring 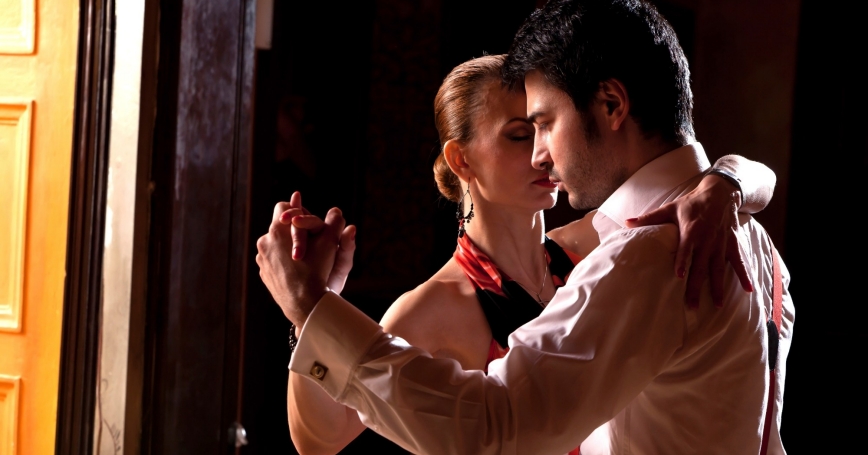 I love salsa dancing. As a University of Pittsburgh undergraduate in the late 1990s, I often went out to Cozumel in Shadyside for salsa and merengue. I loved the energy, the spinning around, the technique, and the people I met who were from all over the world and had a certain zest for life.

Many years later, as an analyst at the RAND Corp., I live in Doha, Qatar, and work on education policy and development in the Middle East.

You can imagine my surprise and delight when a few months ago, some friends working at Carnegie Mellon University's Qatar campus and I stumbled upon Qatar's salsa scene. Yes, you read that right — Qatar, the country right next to Saudi Arabia, has a salsa scene.

On Thursday nights, Qatar's salseros converge on Trader Vic's, which hosts a live Cuban band. On Friday nights, the Hilton offers lessons. On Saturday nights, it's the Admiral's Club at the Ritz Carlton. And on Tuesday nights, the destination for salsa is the Pearl Lounge.

Our RAND-CMU contingent goes out, mixes up, switches dance partners and meets people. My decade-and-a-half-old salsa skills are rusty but improving.

Instead of Juan or Carlos, my salsa partners have names like Ahmed and Mohammed. The RAND and CMU ladies stand in line to dance with Ahmed. Ahmed's got the moves.

Qatar's salseros are from all over the world — Venezuela, the Sudan, Uruguay, Jordan, Egypt, Lebanon, America and Qatar. But a lot of them seem to be from Jordan. Jordan, it seems, also has a thriving salsa scene. I asked Haitham, a Jordanian I was dancing with, where he learned to salsa. "Amman," he replied, referring to Jordan's capital as if the answer should be obvious.

These times remind me of my Pitt salsa days. Some of the best Latin dancers I knew were from the Middle East. My buddy, Aref, a 6-foot tall Pitt dental student from Kuwait, was particularly good at the merengue.

A few years later, I got a job at the State Department, analyzing Turkish-American relations. On Sept. 11, 2001, as the Pentagon went up in flames, the State Department was evacuated as we didn't know which government building would be next. One of the first of the 19 calls I received that day was from my merengue-dancing Kuwaiti buddy, Aref. "Are you OK?" It meant a lot that he called.

The salsa scene is not just in Qatar. Dubai hosted the big international Fujairah Latin Festival. The Oman Salsa Festival took place in March. Jordan and Cairo both have a salsa scene. But I doubt that Saudi Arabia does.

What makes this Pan-Arab salsa scene so conversation-worthy is that it is indicative of a growing cultural openness in parts of the Middle East. Other examples abound. Qatar and the United Arab Emirates have been investing in the arts and culture.

In Qatar, the Doha Film Institute has partnered with New York's Tribeca Film Festival to put on an annual film festival with a focus on developing country artists. Qatar-UK 2013 is a yearlong celebration of the partnership between Qatar and the United Kingdom that features a range of joint activities in culture, sports, education and more, including exchanges of artists. Qatar also recently built the iconic Museum of Islamic Art, designed by I.M. Pei, which displays Islamic heritage in a bold and modern building. Abu Dhabi is hosting a branch of the Louvre.

The Middle East is not monolithic. While the international media spotlight most commonly falls on sectarian strife and violence, many places in the region are undergoing a cultural awakening through the efforts of their citizens, their governments, and through the expatriates from all over the world living there.

It's amazing what connects people — Latin American dance, between Americans, Latinos and Arabs in Qatar. Such multicultural connections show how interpersonal diplomacy can succeed even in one of the world's most troubled regions. And it's putting some "spring" into the Arab Spring.

Shelly Culbertson is a senior research manager at the RAND-Qatar Policy Institute in Doha, Qatar.

This commentary originally appeared in Pittsburgh Post-Gazette on June 16, 2013. Commentary gives RAND researchers a platform to convey insights based on their professional expertise and often on their peer-reviewed research and analysis.