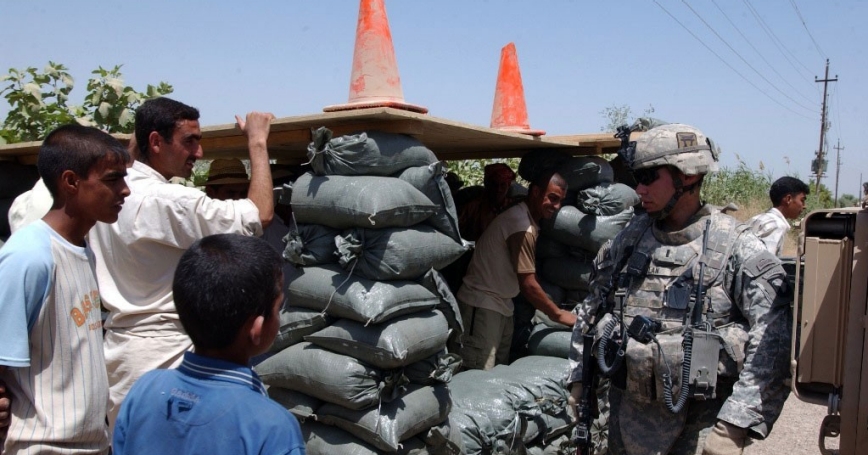 An interesting argument has emerged in recent years about the future direction of U.S. foreign policy after Iraq and Afghanistan. Much of it focuses on how interventionist the United States should be. This is an unhelpful way to frame a foreign-policy discussion.

For example, columnist Ross Douthat favorably notes the rise of “populist libertarians” who are, among other things, “more anti-interventionist abroad.” Stephen Walt regularly criticizes what he calls “liberal imperialism” by policymakers on both sides of the aisle whom he sees as too fond of intervening in other states.

In these commentaries and others, “intervention” is not a useful organizing concept for a foreign policy. Foreign policy must encompass a vast range of ideas and issues — from great-power rivalry to international trade, transnational terrorism, environmental treaties, and more — that are not related in any way to intervention.

Nor is it clear what “intervention” really means. If it means “land invasion followed by regime change and a protracted reconstruction and stabilization mission,” then the argument focuses on something the United States very rarely undertakes anyway. It is true that it did so twice in recent memory, but the simultaneous missions in Iraq and Afghanistan were highly exceptional and are unlikely to be replicated elsewhere anytime soon. In short, those interventions were historically unique.

But if “intervention” means anything more than the definition above, it is too broad a concept to have much meaning at all. Policymakers who oppose large peacekeeping interventions may support smaller training missions. Those who oppose humanitarian intervention may be strongly in favor of counterdrug, counterterrorism, and counterpiracy operations. The blanket categories of pro- and anti-intervention fail to capture these nuances.

Furthermore, proponents of an intervention (in Syria, say) are not necessarily in favor of every possible intervention. Some might have opposed the war in Iraq but supported the one in Afghanistan. Others may have opposed the bombing campaign against Serbia but supported the one in Libya. Proponents of a given intervention are unlikely to describe their overall foreign-policy stance as “pro-intervention.” They are more likely to frame it in terms of the interest that an intervention purportedly serves, such as humanitarian aid, counterproliferation, or regional stability. Arguing about “intervention” as an abstract concept serves little purpose.

A more useful debate would address if, when, why, and how to intervene in other states and how a given approach should fit into broader U.S. strategic goals. Under this framework, the argument on the “anti-intervention” end of the spectrum would be that intervention rarely, if ever, serves U.S. interests and thus should almost never be undertaken.

There are several weaknesses to this position. For example, proponents do not have a consistent view about how to intervene in the rare cases in which that action is justified. Some might argue for the smallest and quickest intervention required to effect change, followed by a rapid withdrawal. Others might argue that once an intervention is started, it is best to go in with overwhelming force to guarantee success.

In any case, under the force of its overriding stance — “don't intervene” — it fails to recognize any conditions under which an intervention could usefully contribute to U.S. national security goals.

A more productive position would recognize that intervention — here understood more broadly — can serve U.S. national security interests. This small concession prompts coherent answers to questions of how, when, and why to intervene. Interventions should be undertaken when U.S. interests are at stake with an intervening force tailored to achieve specific objectives.

In helpfully reframing the discussion about intervention, this position also would push the discussion toward broader, more important questions: What are U.S. interests? How do we define them? What threatens them? How can they be secured? These are the questions around which a meaningful debate on the future of foreign policy should be conducted.

Sometimes intervening in other states might be the best means for securing U.S. interests; sometimes not. But defining those interests will foster more meaningful debate about foreign policy, and these are the debates that will shape the country's policy future.

Paul Miller is a political scientist at the nonprofit, nonpartisan RAND Corp.

This commentary originally appeared in Foreign Policy on June 11, 2013. Commentary gives RAND researchers a platform to convey insights based on their professional expertise and often on their peer-reviewed research and analysis.