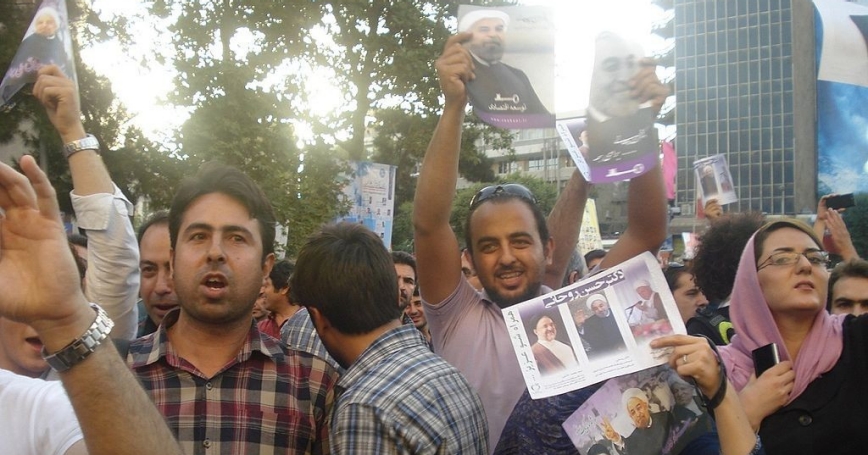 Hassan Rouhani now faces the hard part. Iran's president-elect won a decisive and surprising victory because he appealed to three conflicting constituencies — conservatives, reformists exiled from the political system, and Iranians dissatisfied with the status quo. Now his ability to govern will depend on satisfying disparate factions. Each has its own set of expectations — and each is also intent on coming out on top.

Rouhani may be able to deliver results precisely because he is an insider. Since the 1979 revolution, he has served in some of the Islamic Republic's highest positions. Before his 2013 election, Rouhani was Iran's national security advisor for 16 years and then head of a government think tank. So he has close ties to Iran's military and national security establishment. Rouhani has also been a deputy speaker of parliament and a member of the Assembly of Experts — the only constitutional body with the authority to appoint and dismiss the supreme leader. Among 686 candidates who registered, he was one of only eight allowed to run for the presidency.

So far, Supreme Leader Ayatollah Ali Khamenei, the Revolutionary Guards and conservative pressure groups — such as the Islamic Revolution Steadfastness Front associated with ultra-conservative Ayatollah Mesbah Yazdi — have thrown their support behind him. So the smiling cleric must be careful not to disturb his relations with these key power centers.

But Rouhani has also presented himself as a moderate and a reformist. And he is, in a relative context. Next to bombastic President Mahmoud Ahmadinejad, Rouhani is indeed a moderate. And compared to the other candidates in the race, Rouhani used language about freedoms at home and “constructive interaction” with the international community that allowed him to don the reformist mantle.

Yet he is not as much of a reformist as Mohammad Reza Aref, a former vice president who withdrew from the presidential race to support Rouhani. Nor is he as much of a reformer as former President Mohammad Khatami. Other credible reformist leaders such as Mir Hossein Mousavi and Mehdi Karroubi — who both ran for the presidency in the disputed 2009 election — remain under house arrest. And former President Ali Akbar Hashemi Rafsanjani, a centrist or pragmatist, was disqualified by the Guardian Council. Thus, Rouhani was the closest thing to a reformer on the ballot. Both Khatami and Rafsanjani endorsed him.

Rouhani was elected with the support of conservatives and reformists, but it was the Iranian people — exhausted by repression, inflation, and sanctions — who voted him in. Rouhani's campaign raised people's expectations and they will seek much in return. But he could risk weakening his support within the regime if he responds unilaterally to popular demands. As Rouhani has stated, Iranians want a “freer and more prosperous life.” Many of his supporters have also demanded the release of political prisoners, especially Mousavi and Karroubi. The regime, which describes both men as leaders of the 2009 “sedition” against the system, may resist freeing them, especially if the reformists do not atone for their perceived sins against the Islamic Republic.

Iranians expect significant and fast improvements in the economy. Some of the most onerous U.S. and international sanctions could be lifted if Rouhani succeeds in demonstrating transparency on the nuclear program. But he may not be able to quickly reverse Iran's fortunes. Many economic problems predate the imposition of sanctions. The Ahmadinejad government's inflationary economic policies and growing corruption among the elite also are responsible for Iran's dismal economic outlook.

Rouhani may improve the economy in pursuing his underlying goal to preserve the Islamic system. He will almost certainly try to defuse tensions with the international community over the nuclear program, improve Iran's relations with regional powers such as Saudi Arabia, and pursue relief from international sanctions. Rouhani will present a cheery face for a government described in global public opinion polls as one of the most unpopular in the world.

But not all Iranians would be satisfied with just economic improvements. Many want greater freedom of expression and a bigger say in the political system. Rouhani's status as an accomplished insider may also work against his ability to enact political reforms. He may not be able or even willing to offer Iranians what they seek — especially as long as Khamenei remains in power. Still, Rouhani's presidency could be a last chance for peaceful change in the Islamic Republic.

This commentary originally appeared on The Iran Primer, USIP on June 24, 2013. Commentary gives RAND researchers a platform to convey insights based on their professional expertise and often on their peer-reviewed research and analysis.