A Frontier on Low Boil 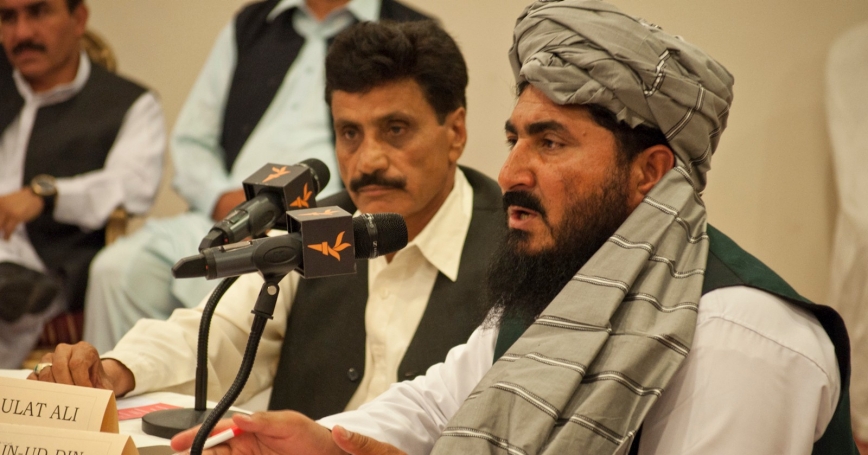 Dozens of people were killed in a series of bomb blasts across Pakistan Sunday, just a week after 10 foreign mountain climbers and their Pakistani guide were shot and killed in Northern Pakistan. A likely suspect in the attacks, the Pakistani Taliban — Tehrik-e-Taliban (TTP) — has in the past directed most of its violence against Pakistanis, but the group has targeted foreign civilians before and will likely do so again.

The attacks again demonstrated the Pakistan government's inability to prevent terrorist violence in the Federally Administered Tribal Areas as well as in Baluchistan and Khyber Pakhtunkhwa. Islamabad has tried both military action with negotiation, but neither tactic has proved effective against the TTP. The result has been a frontier constantly on a low boil with violence often spilling over into the rest of the country.

In Pakistan, the TTP is Islamabad's most dangerous opponent. Al Qaeda has targeted the Pakistani government in the past, but the group lacks the TTP's resources and ability to attack. Islamabad is also concerned about Baluch insurgents, but they have not been nearly as aggressive as the predominantly Pashtun TTP, or Punjab-based sectarian groups such as Lashkar-e-Jhangvi.

Pakistan Prime Minister Nawaz Sharif has pushed for peace talks, but it is highly unlikely the TTP will reach any sort of formal accord with Islamabad. A more likely pathway to decreased violence would be through smaller deals with individual commanders with whom the Pakistani government has long been negotiating. For example, Maulvi Nazir Wazir, a powerful ally of the TTP and Al Qaeda who was killed in a U.S. drone strike in January, was considered a "good" Taliban commander by the Pakistani military.

Even with the latest killings, there is some hope. The opening of an office in Qatar by the Quetta Shura Taliban is a very significant step: while the Afghan Taliban and the Pakistani Taliban have separate agendas and leadership, they have some overlapping goals and personnel. Islamabad has no need to open a communications channel with the Quetta Shura (Pakistan's intelligence service helped bring Mullah Omar to power, and has maintained close contact with his group for the past two decades), but it has only sporadic contact with leadership of the TTP. The Qatar office will facilitate indirect communication among groups that currently do not speak to each other in any language other than bullets.

There won't be a comprehensive peace settlement with all factions of the Taliban, but negotiations can be successful without producing a grand accord. The primary utility of the talks may be to help each of the parties — the United States, the Pakistani government, the Afghan government, and the various Taliban factions themselves — better understand one another's lines in the sand.