By Land and by Sea 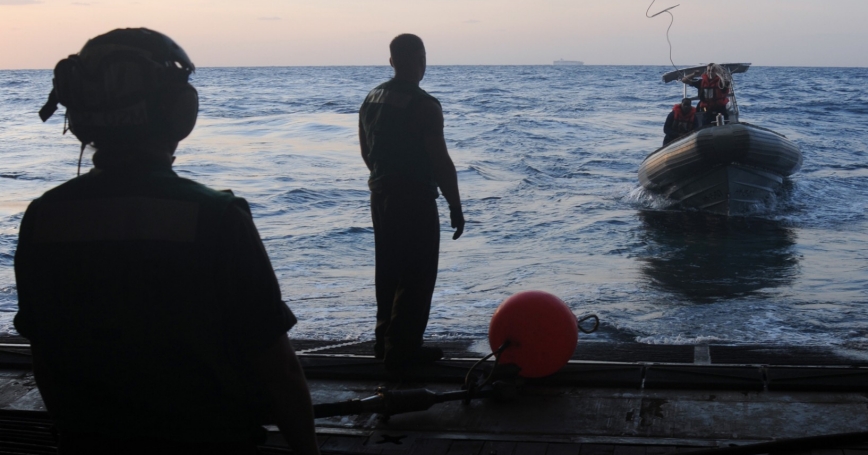 Protecting U.S. interests in the Middle East has never been easy, but recent developments have made it only harder. Iran's buildup of missile forces and its pursuit of a nuclear capability have destabilized the region. The Arab Spring led to the ouster of key allies in Egypt and Yemen and weakened the Bahraini monarchy. And cuts to the defense budget will leave the United States with fewer resources to meet its security commitments.

Under these conditions, how can Washington achieve its objectives? In a recent article for Foreign Affairs (“Land Warriors,” July 2, 2013), Michael O'Hanlon and Bruce Riedel offer a solution: stationing land-based fighter aircraft in several Gulf Cooperation Council (GCC) nations. In theory, this posture would enable Washington to deter Iran, reassure Gulf partners, divest expensive aircraft carriers, and reduce its dependence on the beleaguered monarchy in Bahrain, where the U.S. Navy's Fifth Fleet is headquartered.

It is true that the military needs to rethink its posture, given the shifting strategic and economic landscape. But there are three major problems with O'Hanlon and Riedel's proposal.

First, stationing additional fighter aircraft in close proximity to Iran would increase the vulnerability of high-value U.S. forces to missile attacks. Although Iran does not have the capability to strike distant locations with precision, it could surely strike nearby airbases in GCC nations. O'Hanlon and Riedel are correct that hardened bases would mitigate this threat. But countries such as Qatar and the United Arab Emirates (UAE), which already have hardened aircraft shelters, do not allow the United States to use them. Moreover, since the end of the Cold War, the Pentagon has proved unwilling to invest in extremely expensive base resiliency measures, despite the growing missile threat in several parts of the world.

O'Hanlon and Riedel argue that wealthy GCC nations could build new bases or improve existing facilities to support U.S. forces. After all, they have done so in the past. In fact, they might not be willing or able to foot the bill. Few countries in the region want more U.S. military forces permanently stationed on their soil. And with domestic unrest on the rise in the Middle East, Gulf countries are laying down hundreds of billions of dollars per year for social welfare. That means that they have less cash to underwrite a U.S. military presence.

Second, although the authors' call to reduce U.S. dependence on Bahrain seems prudent, deploying additional aircraft to bases in the region could create new dilemmas. Namely, by trading offshore military presence for land-based air power, the United States might not be able to use its fighter aircraft when it needs them most.

On past occasions, U.S. allies have been reluctant to support American military operations when the target of an attack was expected to remain in power and retain its ability to retaliate — which would likely be the case if the United States launched an attack on Iran. For instance, in 1986, Washington conducted punitive airstrikes against Libya after the Qaddafi regime sponsored terrorist attacks against U.S. military personnel in Europe. Afraid of finding themselves in Muammar al-Qaddafi's crosshairs, Spain and France refused to allow American aircraft to use their airspace en route to North Africa.

Compounding this dilemma, when a country's population is opposed to U.S. actions, its leaders are often reluctant to risk a backlash at home by supporting American military operations abroad. In 1996, for example, all of the GCC states rebuffed Washington's requests to launch attacks against Iraq from their territory due to widespread public disapproval.

Third, O'Hanlon and Riedel argue that relying on land-based airpower would be much less expensive for the United States, because it would allow the Pentagon to eliminate two aircraft carriers. Although the United States should consider reducing the size of its carrier fleet, deploying land-based fighter aircraft to the Gulf could actually make this harder to do.

To date, most GCC countries have been unwilling to accept permanently stationed U.S. forces on their territory, and there is little reason to believe this will change in the future. Consequently, the United States deploys units on a rotational basis, allowing local countries to consider American forces “temporary guests.” That means sustaining an additional 100–150 fighter aircraft in the Gulf would require many more forces. In fact, given how the U.S. Air Force has deployed combat units overseas in the recent past, O'Hanlon and Riedel's proposal might even sideline every active-duty fighter wing....

The remainder of this commentary is available on foreignaffairs.com....

Stacie L. Pettyjohn is a political scientist at the RAND Corporation. Evan Braden Montgomery is a Senior Fellow at the Center for Strategic and Budgetary Assessments.

This commentary originally appeared on Foreign Affairs on July 19, 2013. Commentary gives RAND researchers a platform to convey insights based on their professional expertise and often on their peer-reviewed research and analysis.