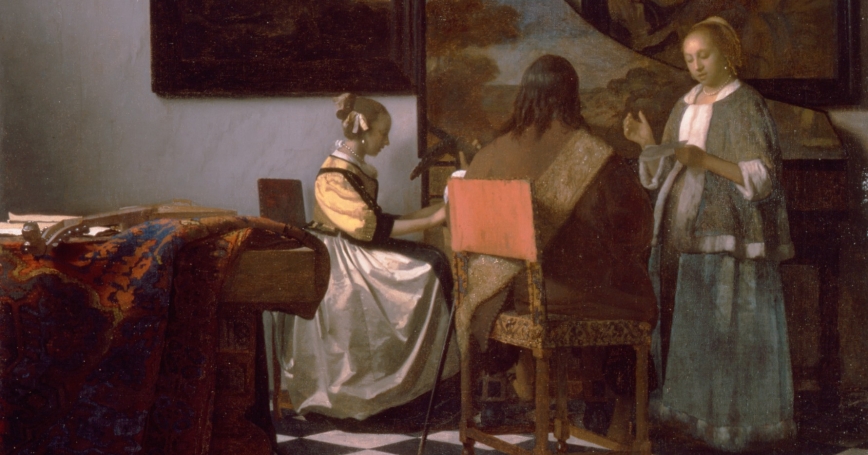 In “Lost Treasures,” an episode of the History Channel's America's Book of Secrets about the Isabella Stewart Gardner Museum heist, Erik Nemeth discusses the broader implications of art crime for national security.

Thirteen masterpieces by Rembrandt, Vermeer, Degas, Manet, and others were stolen from the Boston museum on March 18, 1990. Valued at $500 million, the theft is the largest single property crime in U.S. history. Art theft is now third—after the sale of illegal drugs and weapons—as the world's biggest crime business. Nemeth explains that art crime is a security concern because it competes for resources with other more serious crimes like drug trafficking and murder. In the case of looting of antiquities in regions of conflict, security concerns may go beyond the theft of objects.

“The fact that places like Iraq, Afghanistan, and Southeast Asia have a tremendous wealth in marketable antiquities and cultural artifacts—it's easy to suspect that cultural wealth might be exploited as a source of funding.”

Nemeth appears in the segment “Bare Walls,” around minute 28:40 of the episode, which can be viewed by History Channel subscribers at history.com and is scheduled to air again on July 21, 2013 at 6:00 p.m. ET.