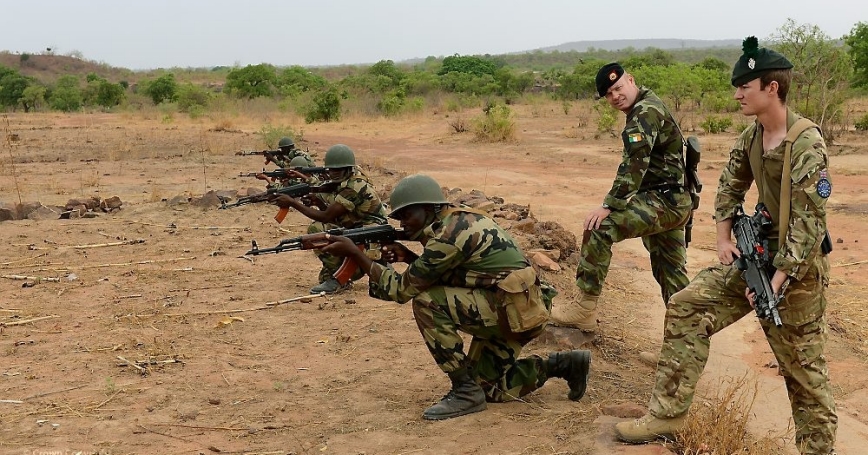 Irish Defence Force and British Army working together in Mali

Necessity is regularly called the mother of invention. In hard times, minds become focused and innovation flourishes. Unfortunately, austerity is having the opposite effect on defence planners.

The decline in defence spending across Europe has been widely reported. Far from sparking new thinking, however, the fiscal gap has been paralleled by a deficit in fresh thinking. Defence ministries have turned inward and purse-holders have become more parochial. But when resources are limited, nations need to look outward and work towards the greater good in deciding how to configure and equip an appropriate set of military forces for Europe's future.

Despite some downsizing in personnel numbers, European armies are still collectively too big compared with any reasonable estimate of demand. At last count, Europe had around 900,000 regular soldiers, not including gendarmerie or paramilitary personnel (which add an additional 500,000 people).

It is politically challenging for a state to reduce the headcount of its armed forces, and seemingly counter-intuitive to suggest that smaller armies are needed. But many of the current soldiers are relatively poorly equipped and inadequately trained. Some are not even fit for active service. If greater co-ordination were possible across European nations — allied to a more professional cadre of soldiers — far fewer troops would be required.

There is no analytical 'right size' for European land forces. And there are big differences in the military requirements and future ambitions of the Europe Union's 28 member states meaning that there is both a national and a collective dimension. But a total of 600,000 soldiers across national armed forces could be more than sufficient to meet any feasible contingency — and still leave European member states with more soldiers than the U.S. Army.

A study launched on 11 July by the Bertelsmann Foundation and RAND Europe suggests that this reduction in land forces would deliver savings of approximately €6.5 billion in wage costs alone. This is money that could be re-invested in training and new technology required to modernise Europe's armed forces. Such a re-balancing would likely increase the overall utility of European forces through fewer but better trained and better equipped soldiers that are more capable of conducting the mix of military tasks required by member states both at home and abroad. An increased ability to deploy forces on expeditionary operations is all the more pressing given the shifting focus of the US towards the Asia-Pacific region.

The challenges associated with effecting this rationalisation are manifold. But it is time for defence planners to step up to the challenge. Europe has the necessity. It now needs some invention.

Matt Bassford is Director of the Defence and Security team at RAND Europe. His research interests include military acquisition and procurement, defence spending and budgets, military technology, and programme evaluation.