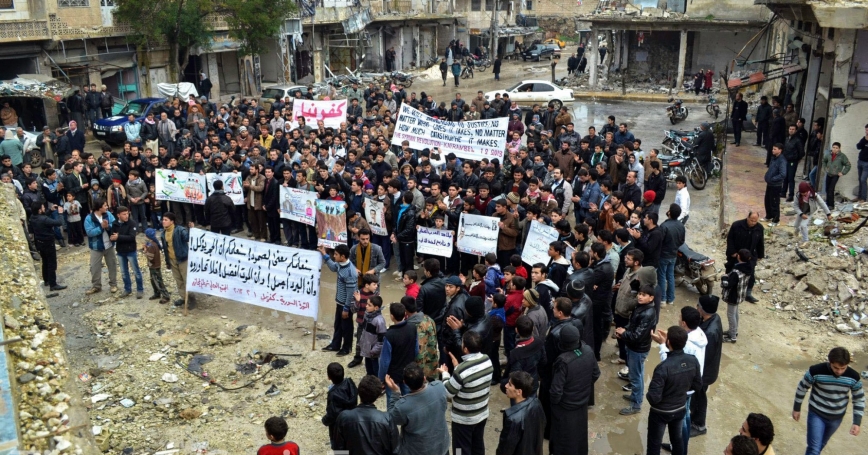 On Monday, European Union foreign ministers reached a unanimous decision to classify the military wing of Hezbollah as a terrorist organization. On the face of it, supporting efforts to rile anti-Hezbollah sentiment in Lebanon might also appear to be in U.S. interests. However, the civil war that might ensue, and the empowerment of radical Sunni elements that it would engender, would quickly reverse any short-term gains.

Between the continued bloodshed in Syria and the military takeover in Egypt, it might be easy to overlook recent events in Lebanon. But Middle East watchers need to keep a sharp eye on the current turmoil in Lebanon because spillover from Syria could cause the security situation to flame up quickly into a full-scale sectarian civil war. Several stabilizing factors have kept the situation in Lebanon from escalating out of control, one of these being Hezbollah's resistance to being drawn into conflict with other Lebanese. However, recent attacks on Hezbollah interests, coupled with the EU's decision this week to blacklist the organization, are backing Hezbollah into a corner. Feeling its position in Lebanon to be under threat, the organization may change course, and decide to take up the fight against its domestic rivals.

Lebanon is frequently characterized as being on the brink of civil war, a description that has been applied more frequently since the start of the Syrian civil war. Lebanese are increasingly taking sides in the Syrian conflict: many Sunnis support the Sunni-led Free Syrian Army (FSA); while Lebanon's Shiites and small community of Alawites (a sect loosely associated with Shiism) back Syria's Alawite-dominated government. Some Lebanese, especially in the border areas, are crossing into Syria to join the fight. However, several brazen attacks over the last two weeks have even war-hardened Lebanese fearing a return to sectarian strife.

Earlier this month a car bomb detonated in a Shiite neighborhood of Beirut, injuring dozens. The little-known Syrian rebel group that claimed responsibility said the attack was in retaliation for Hezbollah's stepped-up fighting in support of Syrian President Bashar al-Assad. Though Hezbollah fighters have been unofficially fighting in Syria since early on, the Shiite organization's "official" entrance into the war in May has helped the Syrian army make significant gains against rebel forces.

Just a week earlier, in the suburbs of the southern Lebanese city of Sidon, followers of a radical Salafi cleric and outspoken critic of Hezbollah and the Assad regime, Sheikh Ahmad al-Assir, opened fire against a Lebanese army outpost. By the time soldiers secured the area, the sheikh was on the run, his mosque complex was destroyed, and 46 people were pronounced dead, including 18 Lebanese soldiers. Fighting between pro- and anti-Assir forces had taken place in other areas of Lebanon prior to events in Sidon, therefore it was unsurprising that the attack on his mosque sparked renewed gun battles in Tripoli and Beirut. Although the battle in Sidon was subdued by Lebanese army units, it appears that there was participation by Hezbollah fighters — a worrisome turn of events since it brought Hezbollah into direct conflict with fellow Lebanese and raised questions about the army's neutrality.

In Tripoli, the Syrian civil war has exacerbated tensions between the Sunni neighborhood of Bab al-Tabbana and the adjacent Alawite enclave of Jabal Mohsen. While the area has experienced sporadic gun battles for years, the influx of Syrian refugees and the introduction of radical Salafi groups have ramped up violence across the "red line" separating the two communities. The roots of the conflict harken back to the Lebanese civil war (1975-1990). Sunnis subjected Alawites to violence and harassment in the 1970s, causing many to leave Lebanon for Syria. For Sunnis, the touchstone event occurred in December 1986, when the Syrian army cordoned off Bab al-Tabbana and massacred hundreds of residents (estimates vary from 200-800 deaths). Sunni residents blame the massacre on residents of Jabal Mohsen, who they claim assisted Syrian forces. The withdrawal of Syrian troops in 2005 created an opportunity for communal reprisals. With the civil war in Syria becoming increasingly sectarian, the Alawites of Jabal Mohsen see their future as tied to the fate of the Syrian regime and there are some credible reports that members of the community are working with the Syrian army to thwart rebel activities inside of Lebanon. Meanwhile, Salafi clerics in Tripoli are encouraging young men to fight jihad in Syria and are preaching that the Alawites are heretics who should be cleansed from Jabal Mohsen. The mutual distrust has created a tinderbox that erupts in violence whenever there is a major event in Syria. For instance, in May, the intense battle in Syria's Qusayr region, pitting Hezbollah and Syrian army troops against rebel fighters, prompted fierce fighting between the two communities leaving 28 people dead, and 250 wounded.

Lebanese territory is increasingly becoming an extension of the Syrian battle zone: the Syrian army is firing on villages along the border and the FSA is firing rockets into Shiite areas, including Hezbollah's stronghold in southern Beirut. There are inter-communal kidnappings both for profit and revenge for actions occurring in Syria. Assassinations, especially of Hezbollah members and Assad supporters, have become commonplace.

Given all of the provocations and reprisals, it is in many respects surprising that Lebanon's sectarian infighting has not already boiled over into a civil war. It appears that radical Sunni groups and the FSA are specifically targeting Hezbollah interests and the Lebanese army in order to provoke counterattacks that would discredit the military and spark broader resentment of Hezbollah within the Sunni community. This strategy makes it increasingly difficult for the Lebanese army to intervene when it might be seen as benefiting Hezbollah without risking damage to its veneer of neutrality. It could also make it harder for Hezbollah to maintain political coalition partners. Aware of the costs, Hezbollah has avoided rising to the bait, but if it continues to stand by as its soldiers and supporters are assassinated it could quickly take a toll on the resistance group's morale and internal cohesion at a time when Hezbollah leaders are already asking members to make huge sacrifices by fighting in Syria.

While the United States has taken a clear stance in support of the FSA in Syria, in Lebanon the Obama administration has strongly advocated neutrality. Yet, if Hezbollah's participation in the Syrian civil war begins to clearly tip the balance in favor of the Assad regime, the administration could face pressure to adjust its position and support efforts to minimize Hezbollah's position in Lebanon. But the benefits of increasing anti-Hezbollah sentiment in Lebanon, or in diverting Hezbollah resources and attention away from Syria, would likely be quickly outweighed by the spread of radical jihadism and a descent into civil war. Radical Sunni elements would be strengthened in part because the prospect of fighting Hezbollah — a Shiite organization aligned with the Islamic Republic of Iran and advocating the establishment of Shiite clerical rule — is even more attractive to jihadists than fighting the quasi-Shiite, ostensibly secular, Assad regime. Open conflict would likely ensue because an embattled Hezbollah would be forced to use its primary advantage over all other Lebanese groups — its sizable arsenal — and doing so would force other Lebanese groups to mobilize for a showdown.

The Obama administration is already torn over how to supply arms to the FSA. If a broader civil conflict broke out in Lebanon, it is doubtful that the United States could commit the type of support required to tip the scales in favor of anti-Hezbollah groups, especially if Salafi jihadists are manning the frontlines. It is also unlikely that either Israel or Iran could sit on the sidelines if such a conflict occurred, and their involvement would both raise the stakes and further complicate matters for the United States. Hence, even though the United States has designated Hezbollah a terrorist organization, and finds itself supporting those battling Hezbollah in Syria, at this time it would run counter to U.S. interests to seek to openly undermine Hezbollah in Lebanon.

Julie E. Taylor is a political scientist who focuses on the Middle East at the nonprofit, nonpartisan RAND Corporation.

This commentary originally appeared in Foreign Policy on July 24, 2013. Commentary gives RAND researchers a platform to convey insights based on their professional expertise and often on their peer-reviewed research and analysis.