A Last Chance for Iran's Pragmatists 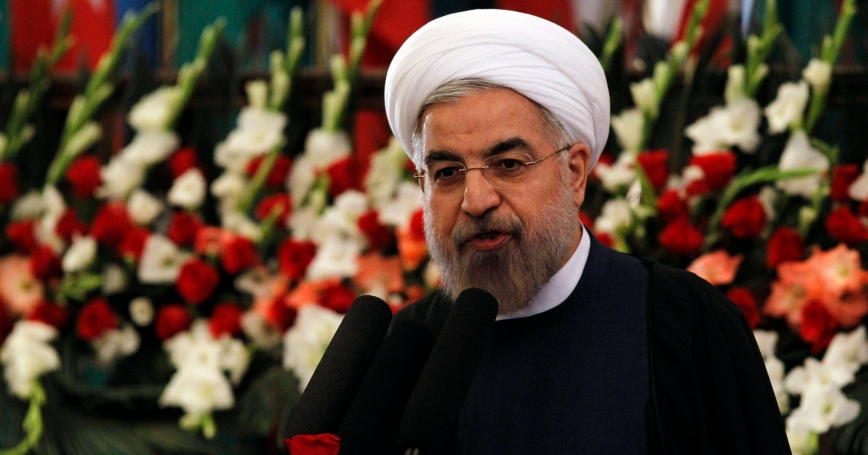 The new cabinet reveals Rouhani's highest priorities: repairing the economy and finding a way out of the nuclear crisis. The two are intrinsically linked. Moreover, Rouhani's election and the formation of his government marks Rafsanjani's comeback as a figure of consequence. The shrewd politician has one last chance to not only protect his political legacy, but also to move the Islamic Republic from what he sees as a dangerous path.

Rouhani's new government is not pro-Western by any stretch of the imagination. But its political interests and Iran's current predicament provide a unique opportunity to solve the nuclear crisis peacefully.

Mahmoud Ahmadinejad's presidency (2005–2013) marked the triumph and then defeat of Iranian fundamentalism. Since its birth, the Islamic Republic has been divided between groups with rival political ideologies. The principlists have tended to favor a dogmatic program: a revolutionary, populist, and at times messianic domestic agenda and a policy of “resistance” abroad. Ahmadinejad, and his erstwhile ally, Saeed Jalili, the former chief nuclear negotiator and defeated 2013 presidential candidate, are representative of the fundamentalist tendency within the system. They view the revolution as a living, breathing, and growing phenomenon, fit for export to the rest of the Muslim Middle East.

Ahmadinejad and his allies viewed their opponents, namely the reformists under former president Mohammad Khatami and technocratic conservatives associated with Rafsanjani, as ideologically impure and too willing to sell Iranian interests to the Western world. Never mind that the Islamic Republic experienced some of its most stable years under Rafsanjani and Khatami (1989–2005).

The technocratic conservatives and reformists managed to rebuild Iran's economy after the war with Iraq, improve relations with regional heavyweights such as Saudi Arabia, and halt the “export” of the revolution. Rouhani, the national security advisor during those years, asked “in our foreign policy, do we want to be ambiguous or clear, do we want the region and the world to be afraid of us or to be our friends, do we want to become every day more fearful or more attractive?” Rouhani asked if Iran wanted to be the Islamic Revolution, an ideology, or the Islamic Republic, a nation-state.

The principlists saw such beliefs as driving the ideological, moral and economic “corruption” of modern Islamic Iran. Ahmadinejad and his supporters within the security establishment, especially the Guards and the omnipresent paramilitary Basij, sought to banish the reformists and diminish technocrat conservatives. And they were close to succeeding.

The 2009 presidential election and Iran's ensuing “securitized” atmosphere capped the principlist power grab. With record oil revenues, a growing regional influence and the support of Supreme Leader Ayatollah Khamenei, the principlists appeared poised to dominate Iran once and for all.

But unfamiliar with global trends and politics, and perhaps deluded by hubris, Ahmadinejad (and by extension, Khamanei), only succeeded in driving the regime into the ground. Ahmadinejad, like most principlists, was unaware of, or more likely unconcerned by, the costs created by Iran's policies. His denial of the Holocaust, questioning of 9/11 and brute repression of civil society only hurt the Islamic Republic. The Iranian regime currently finds itself internally divided, regionally and globally isolated, and nearly bankrupt due to mismanagement and sanctions.

Rouhani's new government represents the regime's rebalancing. The principlists no longer hold near absolute power. Most of Rouhani's cabinet ministers, including the ministers of oil, culture and foreign affairs, are Rafsanjani acolytes. Some have ties to the Guards, but still hail from factions intensely opposed to Ahmadinejad and his allies.

Rafsanjani, written off by many analysts, has returned to the political scene in force. It is no surprise that Rouhani's inauguration featured him proudly smiling by his side. Nevertheless, Rouhani and Rafsanjani face formidable obstacles. They may have significant weight in Iran's security establishment, but they do not dominate it.

Khamenei still commands the Revolutionary Guards and the Basij. He oversees a vast and often murky business empire consisting of semi-governmental foundations (bonyad) and conglomerates. He has the allegiance of shadowy pressure groups and loyal clerical associations. And Rouhani's cabinet has been formed with his blessing.

Khamenei is a leader who appears to trust no one, including perhaps Rouhani. However, he has given wide latitude to each of the presidents under him. Rafsanjani, Khatami and Ahmadinejad all managed to reorient Iran's domestic and foreign policies. Khamenei went along as long as he viewed their actions as strengthening his own interests. Viewing Rafsanjani as a rival, he may have not been able to stomach his presidency this time around; hence the former president's disqualification by the Guardian Council right before the June election. However, Rouhani's presidency could give the Supreme Leader a way out of the regime's crisis.

Rafsanjani and the technocrats under Rouhani are victorious, for now. However, they still face the wounded but vengeful principlists, in addition to an unaccountable group of mullahs, Guards and bonyads.

The United States should recognize the opportunity before it, for it could be the last. It is natural for Washington to feel confident at this point. The Islamic Republic, with its economy in shambles, has been dealt a grievous blow. It is tempting to think that further sanctions could implode the regime or make it cry “uncle.” However, this is a risky strategy, for the failure of the technocratic camp could bring back the principlists with a vengeance, ready to battle not only their political opponents, but the entire world as well. The window for success could be closing.

Rouhani and Rafsanjani are no democrats. They may desire a less securitized state, but one that is under their own belief system and direction. So their ascendance within the regime is hardly a victory for true democracy in Iran. For Iranian supporters of democracy, Rouhani's election is a sad reality, not a cause for celebration. However, the United States can only work with the Iran it sees, and not the Iran it wants.

Rouhani and Rafsanjani will be given a chance to resume negotiations and fix the economy. But their opponents are waiting for their chance. Even a hint of failure could bring out the knives, not only imperiling Iran's stability, but also a peaceful way out of its nuclear crisis.

This commentary originally appeared on U.S. News & World Report on August 12, 2013. Commentary gives RAND researchers a platform to convey insights based on their professional expertise and often on their peer-reviewed research and analysis.