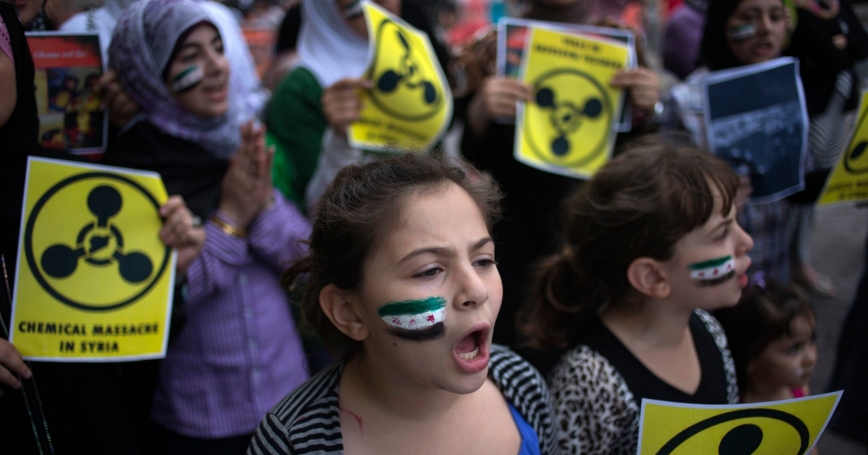 It was a year ago that President Obama declared the use of chemical weapons by the Assad government to be a red line that would bring a swift and sure U.S. response.

Yet here we are with mounting evidence that chemical weapons have been deployed and the United States remains on the sidelines. Why? Well, a lot has changed in Syria since Obama issued his red-line warning.

At the time, the situation in Syria looked less complicated and the U.S. policy centered on two clear objectives: the overthrow of Assad and supporting the Syrian rebels. It also helped that at the time the rebels had made some significant strategic gains and there was reason to hope they might prevail on their own.

Since then, though, the appeal of backing the rebels and defeating Assad has dimmed. The rebels have been unable to unite, they have committed war crimes of their own, and there is a greater jihadist presence among them. And it is not clear that the ouster of the Assad regime will lead to something better in Damascus.

A year ago the levels of commitment of Hezbollah and Iran were uncertain, but today Hezbollah has formally joined the fight and both Hezbollah and the Iranian Republican Guard are setting up militias of their own within Syria to defend the Assad regime. And, with this help, the momentum has shifted and the regime is winning.

Not acting threatens the credibility not just of Obama's red-line threat, but of all U.S. threats going forward. In addition, without a response from the United States the Syrian people can expect Assad to launch even more severe chemical attacks.

The conundrum for the United States is that it is not clear what kind of response would best support its interests. A measured response, such as a surgical strike against part of Syria's air defenses or other military assets, is most likely. Such a response would send a signal to Assad that there will be costs to pay if he uses chemical weapons again, but would not shift the strategic balance enough to provoke greater participation by Hezbollah and Iran.