Big Tobacco vs. Tobacco Regulation and Control: An Even Match? 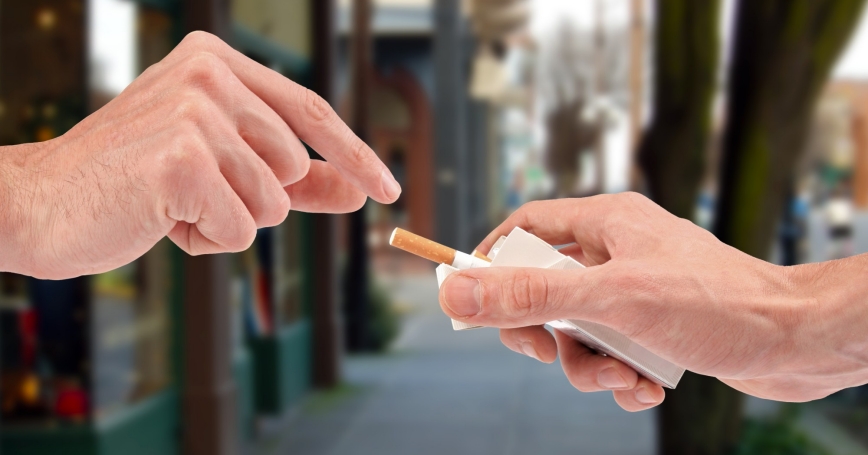 Historically, the tobacco industry has operated without much meaningful opposition. It developed myriad tobacco products and brands that appealed to every conceivable segment of society, marketed those products aggressively, kept its product ingredients secret, and manipulated those ingredients — seemingly to ensure rapid addiction.

Thanks to these business practices, the industry's profits soared to unprecedented heights.

In the other corner of the ring, the tobacco control community has won a few rounds, exposing the industry's “creative” business practices and implementing a handful of more or less effective anti-smoking policies. However, a lack of funds earmarked specifically for smoking prevention and cessation activities — along with the industry's deep pockets and legal muscle — has made it extremely challenging for tobacco control advocates to deliver a knockout punch.

In recent years, though, the fight has become a bit more evenly matched. In 1998, the Master Settlement Agreement (MSA) between major tobacco producers in the United States and 46 states restricted how print ads for cigarettes and smokeless tobacco could be constructed and where advertisements can be placed. The MSA compelled the industry to pay enormous sums of money to the participating states to cover the costs of treating persons with smoking-related illnesses and to fund the American Legacy Foundation, an anti-smoking advocacy group.

Likely as a result of the numerous anti-smoking activities that followed the MSA and unprecedented money devoted to tobacco control, smoking consumption dropped significantly in children and adults.

The tobacco industry fought back aggressively, dumping billions of dollars more into advertising and marketing, diversifying their product portfolio to include novel smokeless tobacco products, and finding new ways to reach nonsmokers.

In 2009, the tobacco control community won a major, long-sought victory with the passage of the Family Smoking Prevention and Tobacco Control Act (TCA), which gave the Food and Drug Administration (FDA) regulatory authority over cigarettes and smokeless tobacco products. These sweeping provisions include strengthening the ban on youth-focused advertising, compelling the industry to reveal product ingredients, changing product content, and requiring prominent, graphic health warning labels on cigarette and smokeless tobacco packages.

The industry is fighting aspects of the TCA through the courts (e.g., challenging the constitutionality of graphic warning labels), which has made actual implementation of the TCA's provisions uncertain.

Nonetheless, the FDA is now contemplating taking action on a number of other tobacco products not currently covered by the TCA, such as mentholated cigarettes, e-cigarettes, and flavored cigars. If history is any indication, the industry is closely monitoring these developments and is preparing to counterpunch.

Anti-tobacco policies that have clear scientific support will strengthen the FDA's regulatory position. While the evidence base is solid in this area, it needs to be much stronger and broader if the TCA is going to have any lasting success against the industry. Fortunately, a number of local and national research and policy initiatives are underway and also are being planned to help inform tobacco regulatory science.

RAND has already contributed objective scientific study to this policy arena by:

RAND is also poised to further inform tobacco regulatory science through its ongoing work, including a new federally funded study that will evaluate the most effective ways to regulate pro- and anti-tobacco advertising in retail “point-of-sale” environments — promotional displays next to store checkout lines.

And so the bout between the tobacco industry and tobacco control enters its next round. But at least with the TCA in place and with renewed enthusiasm among tobacco control advocates and researchers, it's a more even match.