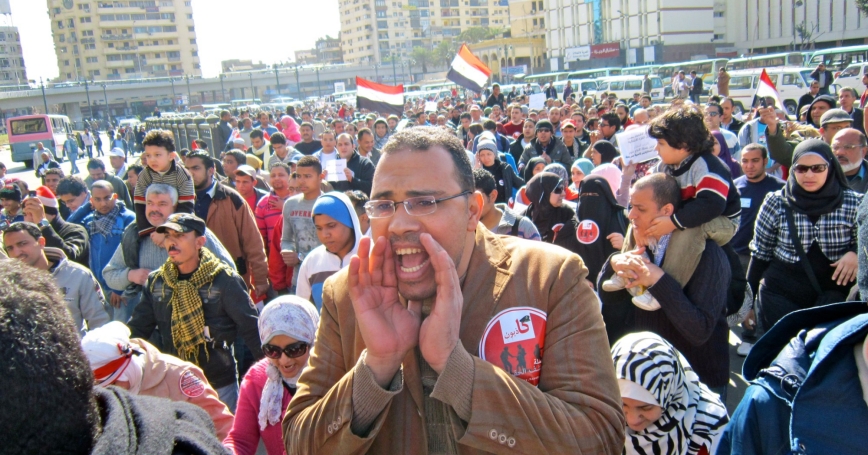 “It's pretty clear that the U.S. administration is frustrated with the way Egypt is going. There are few good choices,” said Kaye, director of the RAND Center for Middle East Public Policy. “What is unfortunate is the development of cutting economic assistance to Egypt. That is sending exactly the wrong message to the Egyptian people and the broader region.

“If anything, the discussion should be about recalibrating aid more toward economic development assistance, which currently is only a small fraction of the $1.5 billion in U.S. aid to Egypt,” she said.

Kaye and RAND senior adviser Brian Michael Jenkins spoke with reporters about the recent crises in the Middle East and attempts by al Qaeda to establish a foothold amid the violence.

Kaye said she is concerned there is growing acceptance that Egypt must be governed by the military.

“Dismal developments in Egypt are once again creating a false choice in U.S. policy debates suggesting we either accept brutal authoritarian leaders or we get chaos and violence,” Kaye said. “The United States may not have much leverage, but the U.S. should not welcome the return of oppressive rulers in Egypt or anywhere else in the region and have the illusion this will bring stability. We've seen again and again that repression can breed radicalization and, ultimately, more violence.”

She fears that “based on the current trajectory, and the polarization we see, we're likely to have more years of violence and radicalization.”

Kaye also discussed the latest developments in Israel and Syria.

“What's interesting is that with all the chaos around Israel's borders — in Sinai, in Syria, refugees in Jordan — Israelis still talk about all of these fronts as being secondary to Iran,” she said. “The key issue for Israel continues to be Iran's nuclear program. They read regional developments through this prism.”

She said Syria “reflects broader trends in the region of growing sectarianism and polarization within societies where outside powers are taking sides and the conflict has developed into a proxy war.”

Following the 2003 Iraq war, Kaye said, much of the discussion among western and regional leaders was about a rising “Shi'a crescent” in which Iran would capitalize on gains from the demise of Saddam Hussein.

Today, the region more closely resembles what some are calling a rising “crescent of chaos” spreading from Syria to Lebanon and Iraq.

“The sides aren't just Shi'a against Sunni but also Sunni versus Sunni, particularly when it relates to which groups support or oppose the Muslim Brotherhood. The big winner in this environment is likely to be extremist Sunni salafist groups that capitalize on the chaos.”