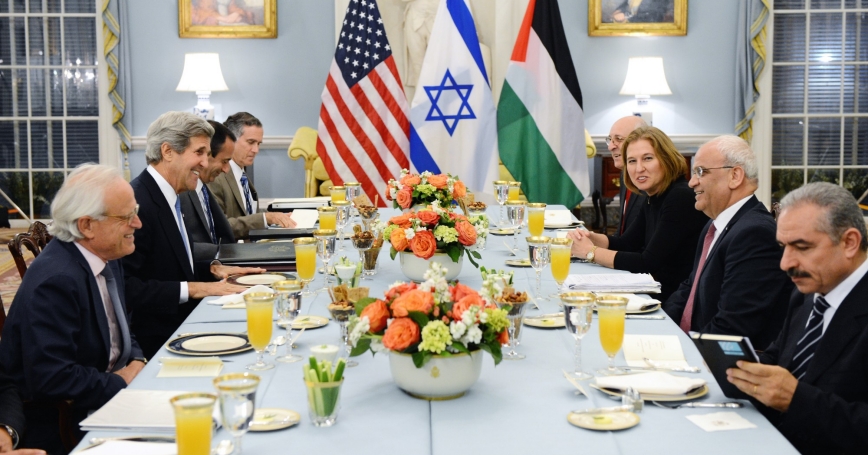 After a five-year delay, Israeli and Palestinian negotiators agreed this week to resume direct peace talks. Secretary of State John F. Kerry said Israeli Justice Minister Tzipi Livni and Palestinian envoy Saeb Erekat will meet some time over the next two weeks with the ultimate goal of establishing an independent Palestinian state nine months from now.

“So far, so good,” said Amb. Charles Ries, vice president of international at the nonprofit, nonpartisan RAND Corporation. “Nine months is long enough — if the pace is intense — to start making real progress. The explicit commitment to consider all final-status issues without exception is important to ensure that enough is on the table to allow for a balanced, sustainable deal.”

Ries added: “Both sides have started with some significant goodwill moves: the phased release of Palestinian prisoners by Israel, and the commitment of the Palestinian Authority to hold off on making new moves on the UN front. Importantly, the process doesn't come against a hard U.S. deadline.”

RAND researchers have worked with Palestinians, Israelis, and the international community since 2002 to develop a comprehensive nation-building plan. Creating a successful independent Palestinian state poses a wide range of political, economic, social, and environmental challenges.

RAND's extensive research on the Middle East includes a conceptual Palestinian national transportation and infrastructure corridor called the Arc, a framework for connecting existing Palestinian urban centers, within and between the West Bank and Gaza, via inter-city rail, road, energy and telecommunications lines, and other infrastructure.