Japan's Sun May Be Rising 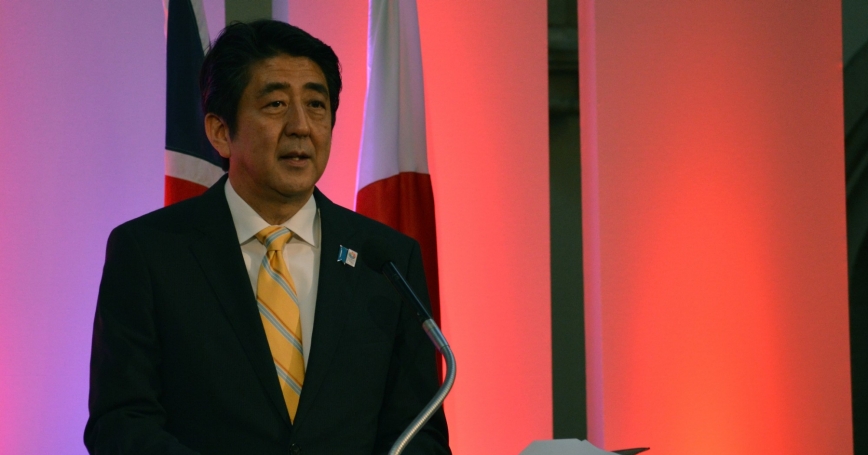 A different cure for economic stagnation.

Whether by design or inadvertence, Prime Minister Shinzo Abe's plans for reviving Japan's economy after two decades of stagnation differ sharply from the stimulus and austerity policies pursued by the United States and the European Union to recover from the deep recession of 2008-2009. These differences augur well for Japan's prospects.

“Abenomics” is metaphorically depicted as a quiver of “three arrows.” The first is monetary policy; the second, fiscal policy; and the third—“creating wealth through growth”—is structural and reformist in character, although less clearly specified than the other two.

It's worth noting that there are a few elements it shares with the U.S. experience, and one element shared with EU practice. Abenomics's first arrow, aggressively easy monetary policies by the Bank of Japan, uses the same terminology—quantitative easing, or QE—adopted by the Federal Reserve during the past several years. Japan's QE is a simulacrum of QE in the United States.

Japan's QE is moving rapidly to double the economy's monetary base by 2014. By way of comparison, the Federal Reserve's QE boosted the U.S. monetary base by 40 percent between 2008 and mid-2013. In both countries, monetary policy aims at maintaining near-zero interest rates, although relaxation of this target is more likely in the United States than in Japan. And unlike the Fed's version, a declared objective of Japan's QE is to raise the yen/dollar exchange rate (that is, to depreciate Japan's currency) to a target rate between 100 and 110, and thereby to stimulate Japanese exports. At the start of Abe's tenure last December, the yen/dollar rate was 87; currently, it is 99.

Abenomics's second arrow—fiscal policy—can also be compared with stimulus policies in the United States, and has one element in common with austerity policies in the EU. Like U.S. fiscal policy, Japan's counterpart entails continued and large debt-financed government spending. The ratio of Japan's general government debt to gross domestic product was 214 percent when Abe became prime minister—by far the highest ratio among the world's developed economies, and about twice that of the United States. However, less than 10 percent of Japan's total debt is owed to foreign entities, while about one-third of U.S. debt is held by foreign creditors (mainly China, and to a lesser extent Japan). Abe's fiscal policy has raised the already-high ratio of government debt-to-GDP to 224 percent to stimulate demand and offset the chronic deflation plaguing Japan's economy in the past two decades.

To help finance this large-scale debt, Abenomics fiscal policy includes a page from the EU's austerity playbook: an added consumption tax intended to boost government revenues by 5 percent—the only instance where Japanese and EU policies overlap.

While there are thus a few similarities between Japan's current path and the efforts of the EU and the United States, the similarities are dwarfed by differences both qualitative and quantitative.

The qualitative differences were evident in a recent meeting between a visiting foreign economist and spokespersons of the cabinet secretariat, the Bank of Japan, and the Ministry of Finance. The meeting opened with an explicit statement that the new policies are intended to be “pro-business as well as pro-growth”—an eminently reasonable approach in an economy whose private sector accounts for approximately 80 percent of GDP. In the profusion of economic policy debates in the United States and EU, such a clear and sensible declaration of intent is rarely, if ever, encountered.

The content and intent of Abenomics's third arrow displays the sharpest differences from both the U.S. and EU precedents. While acknowledging the central role of Japan's world-class brands in such industries as automobiles, electronics, earth-moving equipment, and robotics, the third arrow aims at a more open, competitive Japanese economy: allowing freedom of entry for start-ups, welcoming and nurturing a more aggressive venture-capital industry, and encouraging entrepreneurship and innovation. The relative scarcity of these qualities in Japan's economy is acknowledged by the spokespersons, and evidenced by the tenfold difference between annual new start-ups in the United States and Japan (though U.S. GDP is only about three times that of Japan).

Although Abe proposes legislation, funding, and regulatory action to advance these aims, a gap exists between means and ends. That said, the third arrow represents a striking contrast between the path Japan is taking, and that followed in the United States and EU. One token of intent is Abenomics's proposed 10-point reduction in Japan's corporate tax rate, currently the highest among the advanced economies. The U.S. corporate rate (35 percent) would then have that distinction, while Japan's rate would drop to 28 percent—incidentally, China's is 25 percent.

Although the three arrows are the core of Abenomics, there is another dimension that, while formally unrelated, may indirectly affect it. This dimension is Abe's declared aim of making Japan's military establishment “more normal”—that is, similar to the military establishments of other countries—by relaxing the unique restrictions imposed on Japan's self-defense forces by Article 5 of its constitution. Whether and how this issue is resolved, Japan's defense budget is likely to experience a slight increase. In past years, the defense budget has hovered slightly below 1 percent of GDP. Henceforth, it is likely to hover slightly above that threshold. This increase in spending and procurement will, of course, be only a small part of the fiscal stimulus embodied in the second arrow of Abenomics. As the increase occurs, however, Japan will be unique among America's major allies in increasing its defense budget, although as a share of GDP the Japanese figure will still be relatively low.

What are the chances that Abe's efforts will succeed in reviving Japan's economy from its torpor? In many ways, the obstacles facing Japan are even greater than those faced by the United States and EU. Japan's zero-growth stagnation has lasted much longer (since 1990) than the subprime crisis afflicting the United States and EU, to which Japan was much less exposed. Japan's protracted stagnation spawned chronic deflation, thereby imposing unique disincentives to consume or invest: When future prices are expected to decline, current spending tends to be postponed.

Japan's revival is further impeded by acutely unfavorable demographics: a declining and aging population, and a rising dependency ratio of the elderly relative to the working-age labor force. Mitigating these conditions will require measures beyond Abenomics. Japan's difficulties have been aggravated by the tsunami and nuclear disasters of 2011. And the ability of Japan's world-class companies to uplift and drive the economy has been eroded by aggressive competitors in the United States, Korea, Germany, and China.

Yet Japan also has significant advantages in responding to these challenges. Abe's political position has been strengthened and secured for at least three more years by the Liberal Democratic party's dominance in both the upper and lower houses of Japan's Diet. Furthermore, his ability to implement the three-arrows program is less constrained by special interests, lobbies, and labor (company unions are prevalent in Japan, rather than the national trade unions of the West). While business leaders profess strong support for Abenomics—especially some of its tax and structural reforms—their plans eschew any reliance on government subsidies or bailouts. The Nikkei's rise of 32 percent since Abe became prime minister in December is a bellwether of Japan's collective expectations about the economy.

If and as these expectations become reality—including evidence of military “normalcy”—Japan's prominence in the global arena will be enhanced. The sun that has been setting may rise again. Still, a realistically optimistic assessment of the chance of success is likely to hover slightly above fifty-fifty.

Charles Wolf Jr. holds the distinguished chair in international economics at the RAND Corporation and is a senior research fellow at the Hoover Institution.

This commentary originally appeared in The Weekly Standard on August 9, 2013. Commentary gives RAND researchers a platform to convey insights based on their professional expertise and often on their peer-reviewed research and analysis.