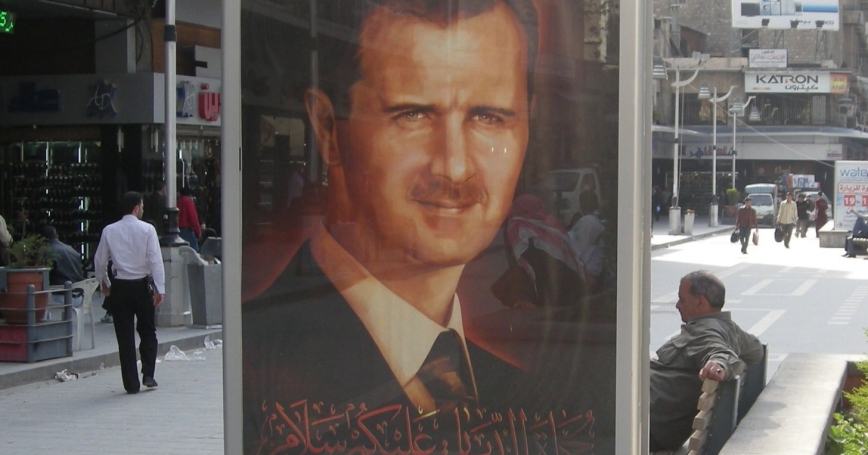 A portrait of Syrian President Bashar al-Assad on display in a public square in Aleppo, Syria

There are increasing reports suggesting that President Obama will soon take military action against the Syrian government, perhaps targeting its chemical weapons facilities. Several RAND experts spoke with us about the latest developments.

There is talk of the United States taking a “measured” response to the Assad government's use of chemical weapons. What impact would this have?

Julie Taylor: If the United States does act militarily, it will likely be a measured response that will not impact the strategic balance on the ground. The action will be designed to inform Syrian President Bashar al-Assad that he will bear costs for using chemical weapons.

Stephen Larrabee: Syria has crossed a red line and Obama will need to take some type of military action. Failure to take military action would have serious consequences for how allies and adversaries view the United States.

Could a U.S. attack against Syrian targets influence ongoing negotiations with Iran over Tehran's nuclear program?

Alireza Nader: Strikes by the United States against Syria could negatively affect nuclear negotiations with Iran. In particular, they could reinforce Iranian hard-liners' reluctance to negotiate This does not mean Iran will not negotiate, but that the new Rouhani government may have a harder time convincing hardliners that negotiations are worth the time, effort, and possible compromises by Iran.

Does Iran support Syria's use of chemical weapons?

Nader: There may be serious divisions within the Iranian government on Syria's use of chemical weapons, especially given Iran's suffering from chemical warfare. Whereas some hardline Revolutionary Guards may dismiss Bashar al-Assad's responsibility, the Rouhani administration appears to be taking a softer line.

Will Russia veto a United Nations Security Council vote in favor of military action in Syria? Will this impact U.S.-Russian relations?

Olga Oliker: It is difficult to imagine circumstances where Russia would not use its Security Council veto to prevent a United Nations imprimatur for military action. Thus, Russia will guarantee that should any such actions take place, they will not be U.N.-sanctioned. U.S.-Russian relations are tense for a great many reasons. Syria aside, the United States and the Russian Federation are rethinking where they have shared interests and where they do not, with Syria one very important - but still only one - of the issues on the agenda.

Julie Taylor is a political scientist focusing on the Middle East.

Olga Oliker is associate director of the International Security and Defense Policy Center and a senior international policy analyst at the RAND Corporation.