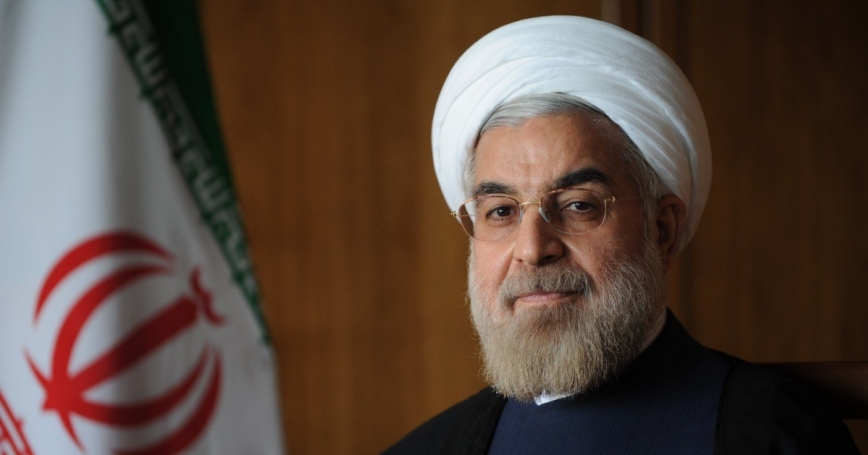 Syria is Iran's only real state ally in the Middle East. Without Syria the Islamic Republic would be more isolated and weakened in an increasingly unstable and dangerous region. But Syrian President Bashar al-Assad's behavior also puts Iranian leaders, especially the newly elected President Hassan Rowhani, in a quandary. Gassing innocent civilians in violation of international norms clearly runs against Rowhani's foreign policy of “reason and moderation.” And Rowhani, keen to reduce sanctions against Iran, must demonstrate a softer side to his interlocutors, particularly the United States.

But hardline Iranians, particularly within the Revolutionary Guards, view the world differently. For them Syria is a “frontline” in the war against Israel and the United States. Could Rowhani win them over, or even manage to outmaneuver the most recalcitrant Guards officers? This is a possibility considering Rowhani's sharp political skills and the economic pressures faced by Tehran. But we shouldn't underestimate the capability of U.S. military strikes against Syria to undermine nuclear negotiations, especially if they inflict significant damage on Assad.

Iranians know the terrible effects of chemical warfare. Former Iraqi President Saddam Hussein gassed thousands of Iranian troops during his war with the Islamic Republic and many Iranians continue to suffer the debilitating effects. Rowhani and his advisors will have this in mind when considering Iran's reaction to a possible U.S. strike against Syria. Moreover, Rowhani cannot afford to ignore Assad's use of chemical weapons. This would weaken support from his more moderate and liberal followers, many who view Assad as a ruthless dictator. Rowhani's silence on the issue would also send the wrong signal to the West, and the United States in particular, namely that the Rowhani government, which has promised to be more “transparent” on the nuclear program, implicitly endorses the use of weapons of mass destruction. Thus, it is not surprising that Rowhani's Twitter account has strongly condemned the use of chemical weapons, while being careful not to explicitly tie them to the Assad regime.

But Rowhani's view may be at variance with more hardline figures. The key question is whether they will prevent him from adopting a softer line. Supreme Leader Ayatollah Ali Khamenei is a stalwart supporter of the Assad regime, which he views as the frontline of “resistance” against Israel and the United States. Khamenei, despite his supposed fatwa against nuclear weapons, is less likely to care about Assad's chemical use. He appears to view Syria through a very cold and calculating lens; Tehran must support Assad, as the regional influence and even the existence of the Iranian regime would be in jeopardy without him. Khamenei may also fear a retreat from this steadfast position could endanger Iranian deterrence vis-à-vis the United States in the future. Today Damascus, tomorrow Tehran.

The Revolutionary Guards have an even stronger interest in supporting Assad, and ignoring his use of chemical weapons. Their involvement in Syria is not only defined by state interests, but narrower institutional interests as well. The Guards have very close ties with the Syrian military and intelligence services. Iran's failure in Syria would not only weaken the regime, but could deal a significant blow to Guards interests. Senior Guards leaders such as General Qassem Suleimani, the head of the elite Quds Force, derive significant respect within Iran for keeping the “fight” with the United States away from Iran's borders. Suleimani was responsible for coordinating the Iraqi Shiite insurgency against U.S. forces, which tied down thousands of U.S. troops and resulted in hundreds of U.S. casualties. A failure to go all the way in Syria could dent the image of the Guards.

However, the divisions in Tehran may not be so black and white. Rowhani probably does not oppose the use of chemical weapons out of a sense of religious or moral obligation; he cares more about the interests of the Islamic Republic, than the suffering of the Syrian people. And thus far it appears that the Iranian political establishment, including Khamenei and the Guards, has given him the leeway to negotiate with the United States and its partners.

So even Khamenei and the Guards, under severe economic pressure, could tolerate a bit more flexibility in Iran's steadfast approach toward Syria. Of course, this is predicated on the U.S. military response. Limited military strikes that punish Assad without fundamentally weakening his position could be amenable to Rowhani, Khamenei, and the Guards. But a U.S.-driven campaign perceived as toppling Assad would only make the Supreme Leader and his military officers more nervous. Rowhani needs a contained conflict in Syria in order to maneuver; otherwise his policy of “reason and moderation” could succumb to “resistance without retreat” on the nuclear program.

This commentary originally appeared on ForeignPolicy.com on August 29, 2013. Commentary gives RAND researchers a platform to convey insights based on their professional expertise and often on their peer-reviewed research and analysis.