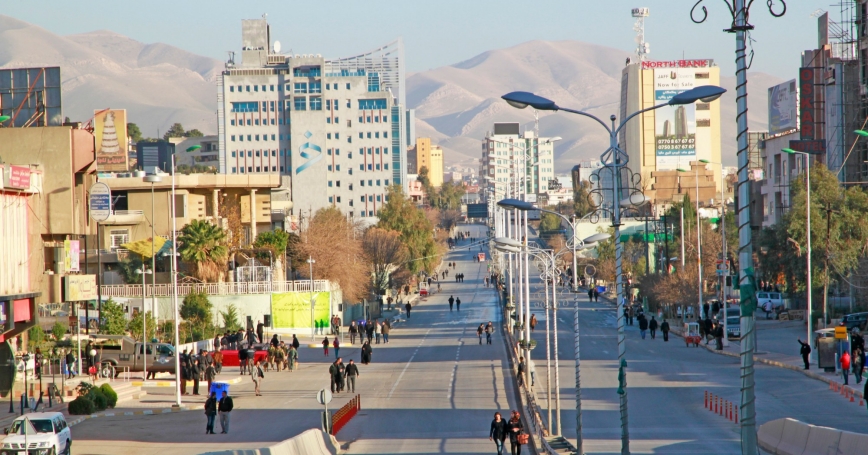 There is a sense of optimism, cultivated with newly planted rosebushes and flowerbeds, in this capital of the Kurdistan Region of Iraq.

For a region that has seen decades of strife, Kurdistan is emerging as “the other Iraq,” a place where progress is marked by the opening of new shopping malls and the pouring of concrete at countless construction sites. While other parts of Iraq remain volatile, Kurdistan is furthering both public and private sector investment. While tensions persist across the region, Kurdistan is pursuing the audacious goal of attracting tourism to its ancient citadel and mountain resorts.

This is my thirteenth visit to Kurdistan over the past three years to advise the Kurdistan Regional Government on developing its education system. During that time, I have witnessed remarkable transformations — on the street, in shops, in the changing outlines of cities and on the faces of the people. Here, the combination of stability, political will, and oil money is adding up to new prosperity.

In Erbil, large swaths of the city are under construction. Big international business hotels, such as the Rotana, Divan, Kempinski and Marriott, are sprouting up. There are shiny new airports in Erbil and Sulaimaniyah, and another is being built in Dohuk.

New U.S.-style shopping malls sell chocolates and luggage. Toyotas, Skodas, and Hyundais fill the streets, where shops sell kitchen supplies, marble floor tiles, office furniture and kebabs. The Internet is fast enough to speak to my family over video on Skype. A billboard advertises fun at a waterpark, with a picture of a boy on an inner tube.

In addition to the infrastructure, there is investment in public spaces and beautification. Over the course of my thirteen trips, Erbil has become significantly greener, with parks freshly planted with trees, shrubs and flowers.

The Kurdistan Region of Iraq is semi-autonomous, with significant levels of self-rule over its public and economic affairs, though its democracy is not yet fully developed. Its relative stability is recent. The 1960s through the 1990s witnessed conflict between the Kurds and the Iraqi state. This culminated in the Anfal Campaign in the 1980s when Saddam's forces employed bombs, chemical attacks and firing squads. All told, perhaps 180,000 Kurds were killed and 400,000 villages destroyed.

Following the 2003 U.S.-led invasion of Iraq and the removal of Saddam Hussein, the Kurdistan Regional Government began rebuilding basic infrastructure, providing electricity, and improving access to clean water for the population. And now that basic needs are on the way to being met, attention is focusing on improving education, healthcare and other public services.

The Kurdistan Regional Government is financing this with its 17 percent share of the Iraqi national budget. There also is an oil economy that benefits all of Iraq, with new exploration deals signed recently with Chevron, Exxon-Mobil, Total and Gazprom Neft.

But I believe it is the relative stability and political will to move forward, more than the money, that are the main reasons Kurdistan is advancing faster than other parts of Iraq. One factor is that this majority Kurdish region is not roiled by the Sunni-Shiite conflict found in other parts of Iraq. Another is that Kurdish factional conflict was largely resolved in the 1990s, resulting in a cooperative political will to develop the region. Another is the very visible presence of police and military security in the streets and at the borders.

But this hard won stability still faces challenges. Negotiations with Baghdad over energy rights are ongoing. Tensions in areas that both Kurdistan and the central government of Iraq claim, such as Kirkuk, continue, and violence rages across the border in Syria. While once Iraqis sought safety in Syria, Syria's Kurds now seek safety in Iraq.

There have been some security incidents during my trips — a grenade thrown into a restaurant parking lot, discovery of a weapons cache and a street demonstration against liquor shops. But these are street level incidents, not signs of broad-based instability or international terrorism. While U.S. embassies across much of the Middle East closed last week, the U.S. Consulate in Erbil closed for one day and then reopened.

And it is certainly nothing compared to the level of violence this region saw in past decades. Everyone has suffered trauma. I work with someone from Halabja, a town attacked by Saddam Hussein's forces with chemical weapons, who lost his sister. I met someone whose father and brother were shot in the Anfal Campaign. Another's father was a political prisoner for decades.

While there are signs of past instability, they are somehow softer now. Concrete blast walls surround government buildings, but they are painted with murals of flowers and cubist renditions of agricultural life. Soldiers with machine guns stand post on corners, but they stand next to bubbling fountains and flower bushes. Many buildings are old and crumbling, but they are not bombed out.

On the street in Erbil, you get a sense that these people decided they'd had enough. They want stability. They want to fix their education and health systems. They want to eat in nice restaurants. And while such aspirations remain out of reach for many, they want to talk on iPhones and drive imported cars.

Why does this place feel so unexpectedly normal? I guess it is ready to move on.

Shelly Culbertson is a senior research manager at the RAND Corporation's Middle East office in Doha, Qatar. She previously served at the U.S. Department of State, analyzing Turkish-Iraqi relations.

This commentary originally appeared on U.S. News & World Report on August 9, 2013. Commentary gives RAND researchers a platform to convey insights based on their professional expertise and often on their peer-reviewed research and analysis.